The PEN Ten with Martín Espada 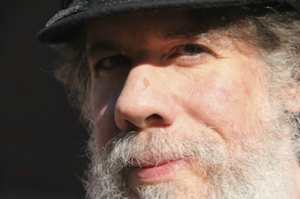 The PEN Ten is PEN America’s weekly interview series. This week, guest editor Nicole Sealey speaks with Martín Espada, a poet, editor, essayist, and translator who has published more than 15 books. His latest collection of poems is Vivas to Those Who Have Failed (2016). His many honors include the Shelley Memorial Award, the National Hispanic Cultural Center Literary Award, an American Book Award, and a Guggenheim Fellowship. His book The Republic of Poetry was a finalist for the Pulitzer Prize. His book of essays, Zapata’s Disciple (1998), was banned in Tucson as part of the Mexican-American Studies Program outlawed by the state of Arizona. A graduate of Northeastern University Law School and a former tenant lawyer in Greater Boston’s Latino community, Espada is a professor of English at the University of Massachusetts-Amherst.

When did being a writer begin to inform your sense of identity?
It was a gradual process, but if I had to pick one pivotal date, it would be August 3, 1986, four days before my 29th birthday. I took part in a spontaneous reading with Clemente Soto Vélez, a poet and former political prisoner with long white hair, who spent six years (from 1936 to 1942) incarcerated for advocating independence for Puerto Rico, convicted of “seditious conspiracy.” Clemente read from his book Caballo de palo (The Wooden Horse), then inscribed it to me, in his crooked hand, as a “revolutionary poet.” He did not mean this in the sense of picking up the gun, but in the sense of passing the torch. I had called myself a poet before, but this simple, dignified ceremony grounded my identity as a writer in a history and a tradition—essential elements of any identity. He would go on to be my first poetic mentor; I went on to translate his work (with Camilo Pérez-Bustillo) in a book entitled The Blood That Keeps Singing. When Clemente died, I wrote an elegy for him called “Hands Without Irons Become Dragonflies.” My son bears his name.

Whose work would you like to steal without attribution or consequences?
I’d like to steal from Pablo Neruda. Claribel Alegría, the Nicaraguan novelist and poet, who knew Neruda personally, told me that a young man once wooed her by reciting one of Neruda’s love poems as if he had written it himself. Unfortunately for her suitor, she knew the poem. Game over.

Where is your favorite place to write?
For years, I conditioned myself to write in the midst of chaos. I used to write with a parrot sitting on my shoulder and screaming in my ear. I wrote the Chile poems in The Republic of Poetry shuttling back and forth on Amtrak from Springfield to New York. (This is a useful distraction when the train breaks down.) In 2014, I finally discovered the virtues of writing in tranquility. My father had died, and I had to write a poem for his memorial service. I found a writers’ retreat in the Northeast Kingdom, in a small town called Craftsbury, Vermont, where I wrote “El Moriviví,” the poem I read at my father’s memorial, and other poems about him that form the heart of my next book, Vivas to Those Who Have Failed.

Have you ever been arrested? Care to discuss?
I’ve never been arrested per se. The police once detained me in a parking lot on suspicion of stealing my own car. I was working as a door-to-door encyclopedia salesman at the time, which is a suspicious activity, I suppose. I remember that one of the officers was wearing sunglasses in the rain. He asked me: “Are you wanted by the police?” I said: “I don’t know. Do you want me?”

Obsessions are influences—what are yours?
As a poet with a background in law, I am obsessed with the philosophy, the poetics, and the practice of justice. I am obsessed with what Whitman calls “the rights of them the others are down upon.” He proclaims: “Through me many long dumb voices.” I write in that vein of advocacy. The late Uruguayan journalist and historian Eduardo Galeano did likewise, saying: “I write for those who cannot read me: the downtrodden, the ones who have been waiting on line for centuries to get into history, who cannot read a book or afford to buy one.” This obsession was also inherited: Frank Espada, my father, was obsessed with justice as a community organizer, civil rights activist, and documentary photographer. This “mad love,” as I call it in one of my poems about him, produced the Puerto Rican Diaspora Documentary Project, and a book of photographs called The Puerto Rican Diaspora: Themes in the Survival of a People. And me.

What’s the most daring thing you’ve ever put into words?
That depends on the definition of “daring.” I’m considered a political poet—a designation I accept heartily—but a poem about my father’s death, like “Haunt Me,” where I invite raw grief to inhabit me, feels very vulnerable and, therefore, more daring.

What is the responsibility of the writer?
In 1982, I heard Ernesto Cardenal say in an interview that the first responsibility of the writer was “to write well.” Keep in mind that this was the great poet-priest of revolutionary Nicaragua, the Minister of Culture at the time. Keep in mind, too, that this was the poet who gave us “Somoza Unveils Somoza’s Statue of Somoza at the Somoza Stadium,” an inspired satirical poem in the voice of a despised dictator. Cardenal wrote that poem long before the dictator fell, long before the statue fell. Thus, when Cardenal said, “write well,” he said so with the understanding that we should write well about things that matter urgently, with all the courage and conscience we can muster. Cardenal’s poem also represents another responsibility he embraces: to articulate the impossible. His dictator persona envisions a time when he and the statue will fall—and fall they did, after four decades of the Somoza dictatorship. It was simply unimaginable; yet imagination, and the lyrical expression of what we imagine, is a prerequisite to profound social change. I try to follow Cardenal’s example. In a recent poem about the waves of police violence against people of color in this country, I envision a time when people will wonder, as the title puts it, “How We Could Have Lived or Died This Way.”

While the notion of the public intellectual has fallen out of fashion, do you believe writers have a collective purpose?
May the notion of the public intellectual always remain out of fashion. “Fashionable public intellectual” is a contradiction in terms. Speaking of that public: Poets should bring poetry into all the places where it allegedly doesn’t belong, to all the so-called “non-traditional” audiences that are actually the most traditional audiences of all, from prisons to drug treatment programs, from community centers to urban high schools. (I once gave a reading at a boxing gym in Willimantic, Connecticut, to a team of young amateur boxers, mostly Puerto Rican. Their coach liked poetry.) I don’t know if writers have a collective purpose; I do know that our purpose should include a commitment to the collective.

What book would you send to the leader of a government that imprisons writers?
The leader of a government that imprisons writers would probably take a book from me and shred it for breakfast cereal. Now, what book would I send to an imprisoned writer? If I had to send an imprisoned writer one book of poetry, it would be a book by Nazim Hikmet, the Turkish poet who spent many years in prison for political reasons, and who radiates an astonishing energy. Another book comes to mind, too. I once had a conversation on death row with Mumia Abu-Jamal. Most everything in his cell, including his books, had just been confiscated. The authorities permitted him one box for all personal possessions. He kept one book in the box. It was Toni Morrison’s Beloved.

Nicole Sealey is the Programs Director at Cave Canem Foundation and the author of The Animal After Whom Other Animals Are Named, winner of the 2015 Drinking Gourd Chapbook Poetry Prize, forthcoming from Northwestern University Press. Her honors include an Elizabeth George Foundation Grant, the Stanley Kunitz Memorial Prize from The American Poetry Review, a Daniel Varoujan Award, and the Poetry International Prize. Her work has appeared in Best New Poets, Copper Nickel, Ploughshares, Third Coast, and elsewhere. Nicole holds an MLA in Africana Studies from the University of South Florida and an MFA in creative writing from New York University. Nicole will be interviewing a distinguished and diverse group of Cave Canem fellows and friends for The PEN Ten. Visit her at nicolesealey.com.