The PEN Ten with Mark Nowak 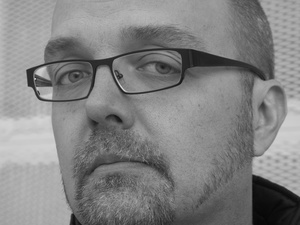 Mark Nowak is the author of Shut Up Shut Down (Coffee House Press, 2004), a New York Times “Editor’s Choice,” and Coal Mountain Elementary (Coffee House Press, 2009), which Howard Zinn called “a stunning educational tool.” He is a 2010 Guggenheim fellow and recipient of the Freedom Plow Award for Poetry & Activism from Split This Rock (2015). A native of Buffalo, Nowak currently directs both the MFA Program at Manhattanville College and the Worker Writers Institute at PEN.

Mark Nowak will be participating in Say it Loud! Stories from New York’s Worker-Writers at the PEN World Voices Festival.

When did being a writer begin to inform your sense of identity?
When writing became a way for me to engage in labor activism. It connected me to the steelworkers and Rosie the Riveters and domestic workers and union VPs and nurses and postal workers and clerical workers in my immediate family.

Whose work would you like to steal without attribution or consequences?
I visited the workers occupying FaSinPat, a worker controlled ceramic tile factory formerly known as Zanon, in Neuquén, Argentina in 2005, and they’re still inspiring me. “Autogestión” (workers’ self-management or workers’ control) is certainly an idea to be cut and pasted as widely as possible.

Have you ever been arrested? Care to discuss?
Arrested, detained, pulled over on rural roads by cops with K9s on my windshield, almost run over by a motorcycle cop during the Occupy marches.

Obsessions are influences—what are yours?
“No justice, no peace.”

What’s the most daring thing you’ve ever put into words?
It’s probably the messages I send out to invite workers to attend the poetry workshops I lead with workers’ centers, trade unions, and other progressive labor groups in the U.S. and around the world. Workers writing poems, as Jacques Rancière says in Proletarian Nights, is still a pretty radical idea.

What book would you send to the leader of a government that imprisons writers?
I’d send a care package of three absolutely brilliant books: Ngugi wa Thiong’o’s Detained: A Prison Writer’s Diary, Liao Yiwu’s For a Song and a Hundred Songs: A Poet’s Journey through a Chinese Prison, and Joy James’s The New Abolitionists: (Neo)slave Narratives and Contemporary Prison Writing.