The PEN Ten with Julia Fierro 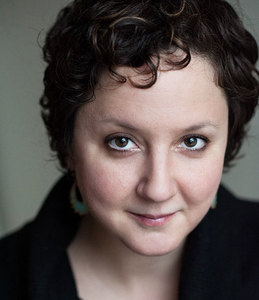 Although my parents drove me to the public library every Saturday so I could exchange one stack of books for another, the only books in our home (other than my father’s encyclopedias, in his native language of Italian) were on loan. My father emigrated from Italy in the late 1970s after a childhood spent in the impoverished South during the Second World War. My mother was an Army brat. Never did it enter into my young mind that I could be so bold, so self-important, that I could be a writer.

I always thought of myself as a constant reader, however. Books taught me to how to live. In their pages lived a complex language of emotion that felt absent from my childhood home, where my parents were too busy working and getting by to have what some might call “intellectual discussion.” Whether knowledge was gleaned via one of my grandmother’s romance novels, through Oliver Twist, or an illustrated edition of D’Aulaires Book of Greek Myths, in reading I adopted a psychological filter, through which I learned to interpret myself, the world, and my place in the world.

It wasn’t until I went to college that I was able to give myself permission to treat my relationship with reading and studying literature seriously. When I told my parents I had declared an English major, my mother cried. They had hoped I’d become a lawyer – a profession that would guarantee a more financially comfortable life. It wasn’t until I was accepted at the Iowa Writer’s Workshop that I dared to take my writing more seriously, and even now there are days when it feels daring to call myself a writer.

Writing still feels like a privilege to me. My people made their living with their hands, or through serving others, and while I know that writing is hard “work,” I also feel gratitude each time I sit down to write. The silence I need in order to give myself wholly to my novels is made through someone’s sacrifice—whether it is my own, my husband’s, my children’s, or through the sacrifices of the generations of women who came before me, none of whom had the freedom and the privilege that I enjoy.

There are writers who craft beautiful sentences, there are those that tell gripping stories, and then there are writers who expose the gritty truths of why we yearn to live, why we fear death, or vice versa. They attack the polished surface that shields our self-loathing and self-love, that which motivates war, discrimination and destruction.

Chris Adrian’s exquisite novel The Children’s Hospital does it all—beautiful sentences, masterful storytelling, the darkness of tragedy, the lightness of humor, as well as a playful structural experimentation that never pulls the reader’s attention from the characters. I have recommended The Children’s Hospital to many of my Sackett Street writing students and every one has been changed by their reading of it, every one has contacted me afterward to share their awe.

In the silence. Which is most often accomplished away from my small children, in a cubicle at the Brooklyn Writers’ Space. I purchase orange foam earplugs in bulk.

No. I am at my most daring in my writing. In reality, I am too fearful of conflict and consequence to break any rules.

I suppose you could say obsession is my obsession. Particularly obsessive fear.

I was obsessive-compulsive from my earliest childhood memories. Add a dash of insomnia and a love of reading, and voila! a writer is made. So it shouldn’t have been a surprise to me that my characters were just as obsessive, and just as fearful.

Still, I spent years, especially in workshop in graduate school, trying to subdue the volume and weight of my characters’ obsessions. Why were they so fearful? Why was I drawn, as a reader, to work that was dark, disturbing, frightening, violent?

Only recently have I accepted that fear is my greatest motivation—in life and in writing—and once I embraced this (and tossed the clipping my mother had sent me from a women’s magazine—10 Daily Affirmations to Stop Fearing & Start Living), it felt like a kind of creative re-birth, and a coming-of-age.

At first, “daring” made me think of the sex scenes in my forthcoming novel, Cutting Teeth, and how I only recently began writing (fear-free) about sex. But, as I wrote in a recent essay on sex and the literary writer, once I stopped worrying about what my literary colleagues might think and focused more on what my reader might want, writing about sex didn’t feel as daring.

Then I thought of violence. My parents were raised in homes where corporal punishment was a form of discipline, and the effects of that violence traveled into my own childhood. Some of my early memories are blurred by hazy recall, a result of the disassociation I had used to shield myself from painful scenes. I’ve recreated some of these scenes, and one in particular is part of Cutting Teeth. However, when I write about violence, even that which I experienced myself as a child, I find I disassociate as I move further into the creation of the scene. There is an element of numbness in the process of writing the violence, just as there is in experiencing it.

So, to finally answer your question, I’d say that writing honestly about motherhood is, by far, the most daring thing I’ve put into words so far. I haven’t yet decided which is more terrifying—the judgment of readers (especially other mothers) after they’ve read what I hope is an honest portrayal of contemporary American motherhood, or my own constant judgment of what writing about motherhood reveals about me, to me. Like many mothers I know, I worry about whether I am giving my children enough, doing enough, being there enough, especially as I balance family and work, motherhood and ambition, caregiving and creating. I know now that I had to write about the tension between past, present and future definitions of motherhood, and the anxiety created by the intersection of the three—it was the “fear” I was investigating. My own.

To tell his or her truth, to reveal his or her unique interpretations of life, while simultaneously reminding the reader of the universality of the human experience—the thread that connects saints and sinners, virgins and whores, and makes every life as redeemable as the next, no matter how grotesque or unlikable they and their actions may seem.

If there is one “maxim” I believe in when it comes to writing, it is this: the writer has a responsibility not just to the reader, but even more so to his or her characters. If a writer feels compassion for his or her characters, those characters’ needs and fears will seem authentic. The reader will find it is impossible to dismiss the characters, even the most “unlikable,” whose actions and motivations the reader wants to find unacceptable. Their redemption in that practice of acceptance has the potential to reach outside the time it takes to read the book. When a reader spots even the tiniest glimmer of his or herself (a shared desire or vulnerability, a habit or preoccupation) in a character they want to hate, it feels to me as if a life is saved, even if it is a fictional life. Humanity as a whole is strengthened. There shouldn’t be “collateral damage” in real life—I believe the same goes for literature.

I initially began thinking about this concept—having compassion for your characters—in Marilynne Robinson’s workshop at the Iowa Writers’ Workshop. It is one of the most valuable lessons I learned in my two years at the program.

I’ve said this before (as “goofy“ as it sometimes sounds to me)—the Reader with a capital R is my religion. I’ve watched writers in workshop practice compassion together as they discussed what makes characters human, authentic, redeemable. There is value in that practice that extends outside the classroom, beyond the workshop table. It is the practice of the craft of writing, sure, but it is also the practice of forgiveness, of empathy.

In a world that is increasingly disconnected because of our very “connectedness”—where many people (myself included) spend more time interacting with people online vs. in real life—thoughtful conversation, especially when emotion is discussed, is more important than ever. Writing, reading, talking about writing and reading—this is how many of us practice our humanity.

And I’d like to add that I do hope all my social media best buddies on Facebook and Twitter think of me me one of many “public intellectuals” in our tiny little book-loving circle.

I’d revise that message: “Forgive your enemy, but never forget their story.”

Andrew Solomon’s monumental nonfiction work, Far From the Tree: Parents, Children, and the Search for Identity, is one of the most important books I’ve read. The compassion with which Andrew Solomon treats the countless families he interviewed over a period of ten years, is an inspiration.

The book, especially the chapter on children of rape victims, should be taught in every high school. It is a testament to the exquisite diversity of humanity, as well as a reminder that the same basic needs and fears motivate us all.

Reading Far From the Tree made me want to be a better person, and if that isn’t a part of the miracle of great literature, what is?

This interview was conducted via email during the week of August 12, 2013. The answers reflect the personal views of the author.