The PEN Ten with Jennifer Clement 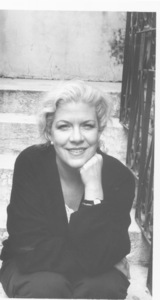 The PEN Ten is PEN America’s weekly interview series. This week, we speak to Jennifer Clement. She is the president of PEN International and the first woman to be elected to the post since the organization was founded in 1921. Prior to that, Clement served as president of PEN Mexico and her work focused on the disappearance and killing of journalists.

Clement’s writing has focused on human rights issues, for which she has been recognized with numerous awards. The author of several books and collections of poetry, she spent over ten years researching the stealing of young girls in Mexico for her acclaimed novel Prayers for the Stolen. She lives in Mexico city.

Jennifer Clement will be participating in Mexico in Two Acts on April 27 and Mexico City: Place and Metaphor on May 1 at the PEN World Voices Festival.

As soon as I could read, I began to write, and so being a writer has always been an integral part of my sense of self. I still have poems I wrote at the age of six.

My children’s names on the birth certificate. At the time, it made me think of the task of Adam.

I’m always in search of how the divine and profane coexist and how the powerless find ways to exercise power.

I don’t have a favorite place, but I do like to write before the sunrise in that pre-dawn stillness and quiet.

I don’t believe a writer has a responsibility to the world or to any group. I’m disturbed by this trend of shielding readers (especially students) instead of generating debate. Within a personal code, I feel a responsibility to express my truth even if it might offend others.

I do believe that writers should defend freedom of expression because it is equal to knowledge. I use the word “equal” because it is an equation.

It’s never acceptable. It is impossible to guarantee the integrity of those who decide what is to be censored or not.