The PEN Ten with Daniel Handler 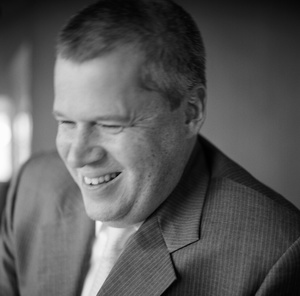 The PEN Ten is PEN America’s biweekly interview series curated by Lauren Cerand. This week Lauren talks with Daniel Handler, whose new book, Girls Standing on Lawns, co-authored with Maira Kalman, will be celebrated with a garden party at the Museum of Modern Art this weekend, and you’re invited. His next novel for adults, We Are Pirates, will be published by Bloomsbury in February. Under the name Lemony Snicket he has written the series All The Wrong Questions as well as A Series of Unfortunate Events, which has sold more than 60 million copies and was the basis of a feature film. He has just joined Twitter.

When did being a writer begin to inform your sense of identity?
My parents claim that when I was six years old I was asked what I wanted to be when I grew up, and my answer was that I wanted to be an old man who lived at the top of a mountain giving advice. If this story is true—and my parents are unreliable narrators—then there was a time in my life when I did not want to be a writer. But I do not remember such a time. I do not remember a time when I was not writing things down. I do not remember a time when I was reading without thinking of how I could poach the tricks of my favorite writers. All I have ever wanted was to be in the company of literature.

Whose work would you like to steal without attribution or consequences?
A ghastly question. There are countless artists I admire, but most of them have had enough trouble without having their work vanish in some hypothetical scenario. It would be swell to add the work of Dmitri Shostakovich to my resumé, for example—“And to think he also writes novels!”—but the dude has suffered enough.

Where is your favorite place to write?
My favorite places all have a view of the ocean, but I’ve become increasingly portable. Any desk big enough to hold a legal pad and a glass of water, far from a ringing phone and crummy background music, will do.

Have you ever been arrested? Care to discuss?
Yes; no.

Obsessions are influences—what are yours?
The music of Sun Ra and Prince. For the balance of impulse and restraint, the fearless strategy to be arty, catchy, crazy, dirty and out of the world, I will forever tip my hat.

What’s the most daring thing you’ve ever put into words?
“I know what you’re up to, and so do your other employees. Please stop.”

What is the responsibility of the writer?
To engage. To look askance. To be kind. It is like being a person.

What book would you send to the leader of a government that imprisons writers?
Would the leader of a government that imprisons writers seriously read a book sent to them by an author? Wouldn’t it likely just go in a pile of unsolicited gifts any head of state receives all the livelong day? I’d rather concentrate on getting books to his children. I’d start with Charlotte’s Web, a terrific story of grassroots literary activism from powerless citizens against violent injustice. They could then corner their father at breakfast, when adults are often most powerless.