The PEN Ten with A Yi 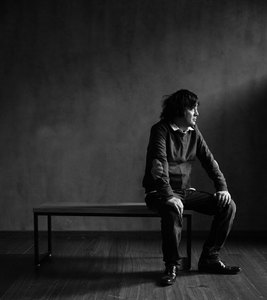 The PEN Ten is PEN America’s weekly interview series. This week, we talk to Chinese writer A Yi, author of A Perfect Crime, his first novel to be translated into English. The book will be published in the U.S. on June 9 by Oneworld Publications and received a 2014 English PEN grant for Anna Holmwood’s translation. A former policeman in rural China, A Yi (whose real name is Ai Guozhu) also worked as a secretary and editor before becoming a fiction writer at the age of 32. He was briefly on the editorial board of the literary magazine Chutzpah, and is now the editor of Iron Gourd, a literary fiction imprint at Xiron publishing company.

A Yi will be in conversation with John Freeman, former editor of Granta and founder of the forthcoming literary journal Freeman’s, to discuss A Perfect Crime on Friday, May 29, at 7pm at The Center for Fiction.

Writing has always been an extremely important aspect of my life. It’s like an addiction to me. However, I’ve always been afraid to admit that I was a writer, until my first book, a short story collection called Grey Stories, was published in 2008. I was 32 years old that year. Later, in 2010, when I was 34, after Bei Dao, Li Jingze, and other authors and critics started giving me attention, and I won a few awards (being mentioned as one of the “Top 20 Authors of the Future,” “Chinese Literary Media Award for Best Newcomer,” for example), the feeling of being a writer became stronger. Now, I have published three short story collections, two stand-alone novels, and two essay collections. It seems as if the identity of being a writer has been with me for a long time now. I am very aware that I used to think I would never become a writer. At dinner parties or at social gatherings, whenever someone introduced me as a novel writer, I would be embarrassed and blush, because I never thought I was qualified for that title. Now, my life is basically about writing, and I would like to keep it that way. I don’t want to let other matters take up my writing time. I am prepared to spend my life devoted to writing.

Dante’s Divine Comedy, because he so vividly created a world that doesn’t exist. I would also like to create a world that is independent from the one we live in, this earth. Or a dream world. To create such a palace, like a swallow building a bird’s nest, takes so much accumulated work.

I am obsessed with a sort of expression. Such as, when we experience an unexpected downpour of rain, I think about how to present it in written language, to describe it. This applies to both the outer senses, such as sound and color, but also the internal, a sort of feeling or emotion inside. I like Akutagawa Ryūnosuke’s short story “Hell Screen” and Dante’s Divine Comedy, because I feel like they realistically created things that don’t exist. Their ways of expression are astounding. One day, I was at the theater, and when the curtains closed, I heard the applause of those sitting around me. This applause made me hallucinate, as if it were raining outside, and the rain was hitting hard on the roof of the theater. Now, whenever I write about rain, I think about that undying applause in the theater.

In my novel about to be published in English, A Perfect Crime, a boy who recently became an adult kills a fellow classmate. I wrote about the murder process and the process of how he put the remains of the body in a washer (with the blood filling half the water tank).

To do the best he can to create a world that doesn’t exist through fiction, to tell a story, to let his readers have a nice weekend.

A writer is a bit like a math professor, just focused on his field. Although writers are like any other people, they are a small being in the real world, and can easily be manipulated or used, but they should always have the ambition to exceed reality. I detest politics. Anyone who likes to discuss politics or is involved in politics has a roasted smell to them; they are crude.

I don’t wish to give any books to any government or leader. I like to interact with authors and poets.