The PEN Ten: An Interview with Peter Stamm 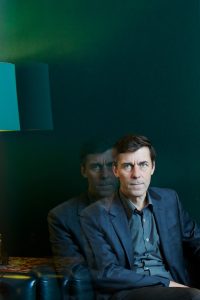 1. What was the first book or piece of writing that had a profound impact on you?
Probably my birth certificate? I was born in Switzerland and on the shores of Lake Constance while it was last frozen. I was told they showed me the frozen lake, but of course I can’t remember it. Later, I read so much that I can’t single out one specific book. But as a teenager, the stories of Ernest Hemingway changed my view on what literature can do for the reader.

2. What is your relationship to place and story? Are there specific places you keep going back to in your writing?
Absolutely. The village where I grew up—Weinfelden, near Lake Constance—appears in many of my books, but it’s never named. There is also water in almost all my texts, be it a lake, a river, a pond, or just a swimming pool. The older I get, the fewer exotic places I use in my books. Places are like stage sets: not that important, but they do have an impact on a text. So choosing the right place is always one of the first things I think about before starting to write. The same story taking place in Norway or in Italy would become two completely different stories.

“I’m interested in people and characters who have a secret. A secret past or a secret passion or a secret goal—something hidden that I can try to find out.”

3. What to you makes a character—literary or not—captivating?
I’m interested in people and characters who have a secret. A secret past or a secret passion or a secret goal—something hidden that I can try to find out. I also like a certain lightness in people: humor, calmness but also courage, a certain boldness. I like to spend my time in writing and in real life with more or less the same people.

4. What do you consider to be the biggest threat to free expression today?
I can only speak for Switzerland, and here it’s probably self-censorship concerning race and gender issues and cultural appropriation. I have been criticized for writing an antifeminist novel (To the Back of Beyond), just because my protagonist was a housewife and had no intention of getting a job. That’s complete nonsense, of course.

I also find the whole discussion about cultural appropriation silly. As a writer, I’m always appropriating other people’s lives—that’s the whole point of literature. To exclude certain cultures or ways of life would be a kind of reverse discrimination. So freedom of speech is not that big an issue in Western Europe, I’d say. What bothers me more is that many young writers seem to be more interested in success than in literature. So they write what is expected from them and not what they have to say.

“Quite often, facts from the news make it into my novels, as I’m always writing out of my time. I like this terroir in a text, when you can smell and taste the place and the time where and when it has been written.”

5. What’s something about your writing habits that has changed over time?
I used to listen to music while writing, trying to create an atmosphere that would influence the text. Two or three books ago, I stopped doing that. I can’t explain why, I just don’t need the music anymore when I write.

I also wrote on train rides a lot, driving around just to write. I do that less often now, mainly because I don’t like wearing a mask and don’t have to if I stay at home.

6. What do you read (or not read) when you’re writing?
Mostly books that are connected with the piece I’m working on—at the moment, books about documentary filmmaking, and today, a booklet about becoming a missionary. And of course, as always, the newspaper. Quite often, facts from the news make it into my novels, as I’m always writing out of my time. I like this terroir in a text, when you can smell and taste the place and the time where and when it has been written. 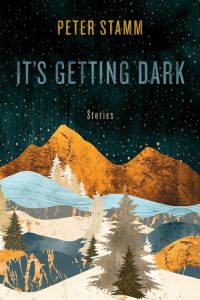 7. What was one of the most surprising things you learned in writing this book? How has your experience bringing It’s Getting Dark to life been different from that of your previous releases?
Two of the short stories were written as librettos for an opera, and one—”It’s Getting Dark”—was actually made into an opera. It was fascinating to develop the idea of the text together with the young English composer Jamie Man and afterwards to see what she made out of it in music and on stage.

8. What is a moment of frustration that you’ve encountered in the writing process, and how did you overcome it?
When a text does not come alive, it can be very frustrating. It’s not a question of language, of skills—it’s a kind of magic that has to happen while I write. If it doesn’t, the only method to overcome it is by waiting and trying again and again. And in the worst case, I have to change the subject and start anew.

“After a short time of confusion and sorrows, I could write quite well during these times, even with less distractions, so I finished a novel in just one year. And meaning? That comes through writing, as always, in good times and in bad ones.”

9. What is something that has surprised you about getting your book translated for a new audience of readers? Does preparing for your English-language release feel different than when your book came out in German?
It’s different, as I’m already working on something new, so the book is quite far away. Sometimes the distance makes you see a new quality in a book, sometimes you see flaws. Reading my books in English is always a bit strange, as they contain at the same time my words and those of Michael Hofmann, my wonderful translator. When I read them in English, I see other things than when I read them in German.

10. You participated in the 2020 digital PEN World Voices Festival—what was meant to be a vibrant in-person congregation of international writers in New York City. Because of the COVID-19 pandemic, we pivoted to online content and you submitted this wonderful reading list focused on finding meaning in the world through books. Now a year and change later, how have you found meaning during these times?
As writers, we are quite lucky in such a time. I guess we all miss meeting our readers, but our main work—writing—is done in isolation anyway. After a short time of confusion and sorrows, I could write quite well during these times, even with less distractions, so I finished a novel in just one year. And meaning? That comes through writing, as always, in good times and in bad ones.

Peter Stamm is the author of the short story collections It’s Getting Dark, We’re Flying, and In Strange Gardens and Other Stories and the novels Seven Years, On a Day Like This, and Unformed Landscape. His prize-winning books have been translated into more than 30 languages. For his entire body of work and his accomplishments in fiction, he was shortlisted for the Man Booker International Prize in 2013, and in 2014 he won the prestigious Friedrich Hölderlin Prize. He lives in Switzerland.