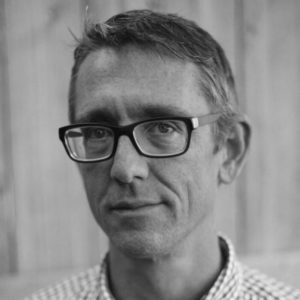 1. You wrote the poems in Still Life after being confronted with a terminal cancer diagnosis. Though some people might choose to turn outward after hearing such news, the diagnosis was an impetus for you to spend time writing—a famously solitary activity. Why do you think you turned to writing at that time?
My first two books were the product of solitary work, but the poems in Still Life were the result of being around people. Writing this book was not a solitary activity—it was a way for me to connect with other people: my family, my friends, my students. I couldn’t have written these poems in solitude. They seem to me to be dialogues—the page just doesn’t record the other side

2. What’s something unexpected (about writing, the world, or yourself) that you discovered during the creation process for this book that didn’t occur to you during your time working on past collections?
Human beings are the only things that matter. I had thought that making great art was the most important thing I could do. And while art has its place in celebrating the human, human beings are the point. If I had realized that twenty years ago, I’d probably have gone into the ministry instead of becoming a poet.

3. What’s something about your writing habits that has changed over time?
I used to write only in the mornings and would be finished with any writing I wanted to do by noon, and I wrote at my work desk. Now, I will write any time, any place; I will write on the back of a cocktail napkin, in the passenger seat.

4. Your poems are in conversation with so many poets and musicians. What writers and artists have been your greatest influences? What are you reading now?
My greatest influences as an artist have been John Donne, John Keats, and John Berryman —Johns across the centuries. I am obsessed with the skies of early modern Flemish painters. These days I listen to a lot of Hirie—I think I’m her most devoted listener according to Spotify.

5. While grappling with heavy questions about mortality and the meaning of life, there is still so much lightness and humor in Still Life. Why is it important to blend both gravity and laughter when writing about pain?
In the face of experiences that seemed so overwhelmingly bad, so bleak as terminal cancer, humor allowed me to occupy a perspective that reduced cancer to the butt of a joke. Humor made my diagnosis feel apprehensible, knowable because it was mockable, and put it at a scale through which I could deal with it.

“In the face of experiences that seemed so overwhelmingly bad, so bleak as terminal cancer, humor allowed me to occupy a perspective that reduced cancer to the butt of a joke.”

6. In addition to being a multi-award-winning poet, you hold a PhD in American Studies. What was the focus of your academic studies? Do you find that the type of research and writing you undertook in the academic realm informs your poetry?
My American Studies PhD research was in American violence, and specifically in the figure of the hit man in literature. So there’s not that much crossover. But there is a poem in my first book, Green Squall, called “The Frustrated Angel,” which records a conversation between me and an angel, but I imagined that angel very much like one of the fictional hit men I researched. 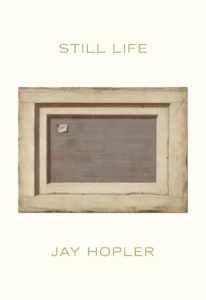 8. What do you read (or not read) when you’re writing?
I read a lot of genre fiction: horror and ghost stories, detective fiction including noir from writers like Ross Macdonald.

9. Which writer, living or dead, would you most like to meet? What would you like to discuss?
I would most like to sit down and talk with John Berryman, whose art has been so important to my growth as a writer. I’d like to know if he really committed suicide because the writing stopped, as it’s reported. I’d like to talk with him about syntax—what it’s for, what it can do.

10. Why do you think people need poems, especially in the current moment?
The current moment is marked by a lack of humanity. One of the best ways to learn humanity is through poems—reading them and writing them. When you encounter a poem, you are encountering another consciousness, another point of view. You cannot have such an encounter without undergoing a change of perspective.

Jay Hopler was born in San Juan, Puerto Rico, in 1970. He is the editor of two literary anthologies (The Killing Spirit: A Book of Contractual Murder, and, with Kimberly Johnson, Before the Door of God: An Anthology of Devotional Poetry), the translator of a collection of German poems (The Museum of Small Dark Things: 25 Poems by Georg Trakl), and the author of three books of poetry. The recipient of numerous awards and honors, including The Yale Series of Younger Poets Award, a Whiting Award, and the Rome Prize in Literature, Jay was a Finalist for the National Book Award in Poetry in 2016. He currently lives in Utah with his wife, poet and Renaissance scholar Kimberly Johnson, and directs the creative writing program at University of South Florida where he has taught since 2006.

The PEN Ten: An Interview with Grzegorz Kwiatkowski

The PEN Ten: An Interview with Marwa Helal

What's two-factor authentication, and why is it a bad idea to use your mobile number?

Watch episode 3 of our #DigitalSafetySnacks series with @PENamerica and @IWMF. https://journalists.org/resources/digital-safety-snacks-series-anti-hackathon-part-i-whats-a-factor-and-why-are-there-2/ #2FA