1. So many characters throughout your story collection Family Album are searching for something—whether it’s something literal like lost treasure or an enigma lost to history. These quests for discovery are all set against the backdrop of Ecuador’s cultural and political history. Why were exploration and investigation such major themes throughout the book? 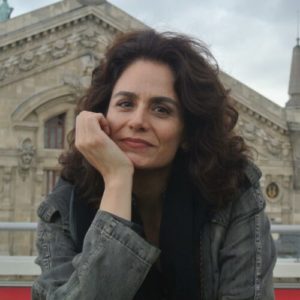 Ecuador is not a country that is very well known. It doesn’t appear in news cycles unless some natural or political disaster strikes it and yet, the fuel for Darwin’s Theory of Natural Selection is very tied to the Ecuadorian Galapagos Islands. The rights of nature and indigenous communities, more and more encroached upon, and a very necessary debate in the present, formed part of what happened in the 1950s in the Ecuadorian Amazon with the Wao people, missionaries and the arrival of oil companies there. When trying to tell the stories I wanted to include in Family Album I found that the mystery trope served the stories very well; the “exploration and investigation” of them was also a homage to where I “discovered” these stories: journalism. Most of the stories were initially journalistic pieces I wrote for newspapers or magazines and that I found could benefit from the element of fiction to “prize” some higher truth from them.

2. What does it mean to assemble a “family album” of a nation? Did the title come to you after you’d already written most of the stories in this collection? Or did you set out to write this book with the goal of producing stories that functioned as a sort of gallery showcasing a set of diverse and complex family members?
Once I started to think of the collection, I knew that I wanted to write about/think through certain minor (not because they were not important but because those stories hadn’t made it into the history books or were reduced to footnotes in them) chapters of Ecuadorian lore. Stories that survived because of oral tradition or that were present in the collective unconscious of the country and that had begun to disappear in the fast paced contemporary world. I also decided that I wanted to shy away from the urban centers. I wanted to write about the periphery of this peripheric nation.

“I think that that is what fiction does best, mine “accepted” truths. Bring to the forefront what is whispered about behind closed doors.”

3. How can fiction challenge the relationship between dominant and subjugated histories?
I think that that is what fiction does best, mine “accepted” truths. Bring to the forefront what is whispered about behind closed doors, bring what is thought to be shameful out and ventilate the subjugated next to the dominant narratives to find the reasons behind what makes one narrative hold and another disappear.

4. In line with the previous question, what do you think are some things that fiction can reveal about subjugated histories that nonfiction might have a harder time doing?
Nonfiction is an incredible genre and one I very much enjoy reading, but sometimes, as was the case in some of my journalistic pieces, I reached dead ends. I had no way of interviewing people (because so much time had passed) or researching (we could do with better funded archives and libraries in Ecuador), but I knew that if I “narrativized” the information I had, the impact would be stronger. Or, in the case of the speared missionaries in the 1950s, Life Magazine had written a piece about the events of what happened at the time, there was also film footage, but I felt that 70 years after the events, a different point-of-view, a first-person narration, could bring the story closer to contemporary readers and for that I needed to incorporate fictional elements.

5. You worked with two translators on Family Album. What is it like to see your work printed in another language? Do you tend to work very closely with your translators, or do you prefer to take a more hands-off approach and let them make the work their own?
It is a sort of magical wand feeling when you read what you’ve written in a different language. An out-of-body experience, in some ways. I trust Dick Cluster (who translated my first novel in English Poso Wells) and Mary Ellen Fieweger (one of the best translators working in Ecuador) very much, so I would read the translations once they were finished and maybe make some suggestions. The one story that was strangest to read in English was “School Trip” because I had set it in Brooklyn and I had an Ecuadorian man speaking with someone from Puerto Rico at a laundromat. I wrote the story in Spanish, but when I wrote it I imagined them speaking in English—it’s the one story that addresses the large Ecuadorian community outside of Ecuador’s geography—so I had an idea of how they sounded in my mind and how different they spoke on the paper, but the translation was so good that I had few comments about it. I attended P.S. 175 in the 1970s in New York for three years so English has been in my background my whole life.

“I love the phantasmagoria of film, that element of framing time, of sustaining life, of the immortality of it.”

6. What’s a moment of frustration you encountered in the writing process for Family Album? How did you overcome it? 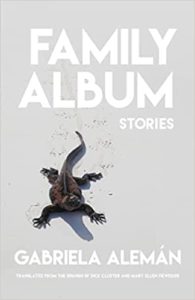 It’s one of the few books of mine that I sat down with an idea in mind and the stories just flowed. As if they’d been there all along, in my mind, and I just had to put them down on paper. The only problem I had to overcome was to stop writing at dawn so I could get to work the next day, and also that I was living in my mind all the time while I was writing them. And I tended to fall down or bump into things because I was thinking of the stories, and how to solve problems in them, all the time—even while I was walking. I took a lot of buses in those months because I couldn’t trust myself enough to drive.

7. In addition to being a writer of literary fiction, you’ve also had careers in academia, radio, and as a professional basketball player(!). How have these different careers informed one another, and how do they show up in your fiction?
You can see it all over my writing. “School Trip” is about Ecuador’s silver medal win in the first Biddy Basketball World Championship, many theoretical discussions form part of “Family Outing” (for example, elements of decolonization) or “Moving Day” (the drug trade and how it affects communities and how they are perceived) or “Costume Party” (violence against women and popular culture) and in another book that will hopefully appear in the near future, Death Sings the Blues, a chapter of the history of Ecuadorian radio appears in the collection: “our” version of Orson Welles’ War of the Worlds radio play (something that really happened in 1949 in the capital of Ecuador, Quito). And also, maybe, the form of certain stories that are tinged by radio-play-style cliffhangers.

8. What’s a piece of art (literary or not) that inspires your work?
I love the phantasmagoria of film, that element of framing time, of sustaining life, of the immortality of it. I wrote my PhD dissertation on Ecuadorian film so I read quite a bit of theory and saw a lot of films from all over the world. I incorporated some of the storytelling techniques of silent film into Poso Wells, for example.

And I’ve walked out of more than one art gallery show or museum exhibit with a story in my head. Right now, I’m writing a novel about an Ecuadorian artist/curator/gallery owner in 1980s New Orleans, based on a real person.

“I’ve walked out of more than one art gallery show or museum exhibit with a story in my head.”

9. Who (living or dead) would you claim as a member of your literary genealogy? What would you like to discuss with them?
I would love to sit down with Grace Pailey, not so much to discuss anything, but to listen to her and watch her and take cues from her humor, her way of inhabiting the world, her convictions and how they spilled out into her writing.

10. What advice do you have for young writers?
Read, read, and read.

Gabriela Alemán was born in Rio de Janeiro, Brazil. She received a PhD at Tulane University and holds a Master’s degree in Latin American Literature from Universidad Andina Simón Bolívar. She currently resides in Quito, Ecuador. Her literary honors include a Guggenheim Fellowship in 2006; member of Bogotá 39, a 2007 selection of the most important up-and-coming writers in Latin America in the post-Boom generation; one of five finalists for the 2015 Premio Hispanoamericano de Cuento Gabriel García Márquez (Colombia) for her short story collection La muerte silba un blues; and winner of several prizes for critical essays on literature and film. Her novel Poso Wells was published in English translation by City Lights in 2018.