1. What was the first book or piece of writing that had a profound impact on you? 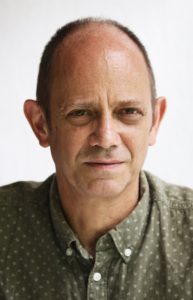 I was astonished and inspired when I read J. M. Coetzee’s In the Heart of the Country, which crossed my path when I was 18 years old. What seemed most remarkable about it was not just the level of accomplishment; it was the fact that it had been written by another South African, somebody not too far away from me. That was the first time I realized that literary art wasn’t an abstract ideal happening only in Europe or America, but something achievable, within reach.

2. When you were a child sick with lymphoma, your family members would read to you. What stories stick out to you from that time?
Nothing unexpected. I was raised on a diet of Enid Blyton, for the most part—The Famous Five, above all. Poor Enid gets a bad rap these days, no doubt with justification, but she certainly fired up my immature imagination. It wasn’t the level of storytelling that did it—it was simply the fact of the stories themselves. I moved on from there to Agatha Christie and Ngaio Marsh, murder mysteries my mother left lying around.

“All fiction is a lie, in the sense that it describes events which never occurred, dialogue that wasn’t spoken, people who never lived. But these are artificial aids in the pursuit of the ‘truth’ of what it means to be human.”

3. How does your writing navigate truth? What is the relationship between truth and fiction?
All fiction is a lie, in the sense that it describes events which never occurred, dialogue that wasn’t spoken, people who never lived. But these are artificial aids in the pursuit of the “truth” of what it means to be human. And in human perception, there isn’t an objective truth, surely—merely subjective impressions of it, but where fiction is concerned, that’s truth enough.

4. What’s a piece of art (literary or not) that moves you and mobilizes your work?
There’s no single piece of art which “mobilizes” my work. On the other hand, art cumulatively feeds and propels the same endeavor in others. Where books are concerned, I do regularly return to Faulkner’s As I Lay Dying to renew my sense of wonder at what language can do.

5. The Promise takes place in Pretoria, where you grew up. Why did you choose to set the novel there? Has that choice changed the way you view your childhood?
Living in Pretoria shaped my childhood profoundly, and not in healthy, uplifting ways. It was an oppressive, conservative, violent and suffocating place, especially back in those days. Writing about it was inevitable at some point, for exactly those reasons, and the novel has exorcised some of the demons. Not all of them, so I may go back to it again in time. 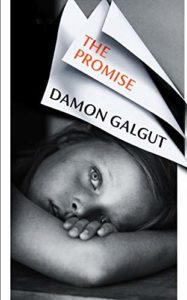 6. In a recent interview for The New York Times, you expressed skepticism about the capacity of novels to change the world: “Novels tell you how it feels to be alive at a particular moment in history. I see them more as a record than as an agent of change.” Why are novels important as archival resources, in addition to things like primary sources and academic texts?
Novels can be useful, no doubt, in an archival sense. When I read about Russia in the works of, say, Tolstoy, I learn about all sorts of aspects of life in his time, from modes of transport to social customs to religious beliefs. On the other hand, these are perhaps more simply accounted for in non-fiction texts. What fiction gives is the authentic feel of how a particular Russian mind thought and reasoned, which is unlikely to be available in any non-fiction study. Actors, for example, will often turn to books for a grasp of how humans behaved at a particular point in history. But it would be hard to assign these any archival place.

7. What other authors are you friends with? How do they help you become a better writer?
There’s no need to single out anyone by name, but I’m fortunate enough to have a great many writer friends, some of them amongst the very best at their game. Unfortunately, nothing they do or say can help in the business of writing one’s own book, which remains an impossibly difficult task. I suppose a general spirit of competition might give an extra edge to the endeavor, though that may not always be helpful either. The simple truth is that writing is very difficult and almost nothing makes it easier.

8. The Promise is a book about family and inheritance. If you could claim any writers from the past as part of your own literary genealogy, who would your ancestors be?
William Faulkner, Samuel Beckett, Virginia Woolf.

“Language is at the core of the literary experience, and should try to extend itself to its fullest power, not to contract and tame itself.”

9. You were the recipient of the prestigious Booker Prize last fall. How has that recognition changed your day-to-day life?
It’s made things considerably more busy and distracting, so far. I have done an enormous amount of talking since last November, and many more words lie ahead. Spoken words detract—or at least subtract—from the written ones, alas.

10. What advice would you give to a writer who is trying to publish their book–not just in general, but especially in this current climate?
Books are seen as competing with social media these days, and that pressure has distorted the expectations around what makes a book worthwhile. Specifically, there seems to be a belief in some quarters that books need to be action-driven, with short, pithy bursts of information that don’t overtax the minds of easily-bored consumers, and with a heartwarming “message” to them. This seems to me to be the wrong conclusion to draw. The material of this mode of story-telling is language, and language can do what other media cannot. Therefore, language is at the core of the literary experience and should try to extend itself to its fullest power, not to contract and tame itself. But perhaps this question relates to publishing rather than writing—in which case, I don’t know what advice to offer. It has always been a challenge to find a publisher to take you on, and that challenge remains the same. Keep trying, I guess.

Damon Galgut was born in Pretoria, South Africa. Galgut won the 2021 Booker Prize for The Promise after being shortlisted twice for In a Strange Room (Europa Editions, 2010) and The Good Doctor (2013), which also won the Commonwealth Writers Prize (Africa Region). Galgut is a member of the American Academy of Arts and Letters. He lives in Cape Town.

The PEN Ten: An Interview with Moncho Alvarado