The Day We Pack Our Bags 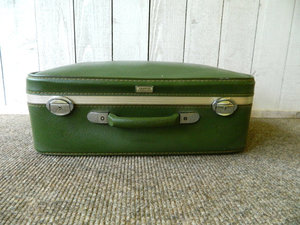 It’s not entirely uncomplicated, this business of getting on a plane in one country and getting off in another, just a few hours later. Hours that completely turn your life upside down. “I’ve woken up from a nightmare,” I thought to myself.

How can I take the reader to the heart of my native country in just a few lines? Iran—a gigantic prison for authors, artists, and journalists.

My first experience of censorship was during my second year of grade school. I had written a short poem and tacked it up on the school bulletin board. The next day, it lay on the floor, torn into a million pieces. Tears welled up in my eyes. I couldn’t understand. Why would anyone do this? Whoever it was, they must have been afraid of me or my thoughts, even though I was just a child.

Later, in high school, something similar happened. One day, while I wasn’t in the classroom, a teacher went through my school bag. She took my notebook and brought it to the principal’s office. She wasn’t an ordinary teacher like all the others. She was an undercover agent for the secret service and everyone, including the principal, danced to her whistle. I was a potentially dangerous citizen and my poems were the evidence. I was only 15 years old, but since both my mother and my aunt had backgrounds as political activists, I was being watched.

Even if you sincerely want to abide by the laws, oppression turns you into a civil rights activist. The reason is because you are constantly reminded of what is most important in life, namely, freedom (after air, water, and food, of course). The existence of censorship is the ultimate testimony to the fear dictatorships have of literature. Persecution makes you stronger and more single-minded. Being prevented from municipal or state employment just means that those in power are afraid of infiltration. Infiltration of what—in what? What is it in you that can “infiltrate” the prevailing social system—apart from free thinking?

Eventually, you turn into an uncontrollable member of society. Whatever you do is considered dangerous, even the things you’re doing just to get by. And maybe they have good reason to be afraid, since all the obstacles they’ve put in your way have just made you more creative. They call what you do subversive, or rather, “soft subversion.” This is correct, but the activities carried out by me and people like me are not directed toward individuals.

I am a poet, translator, and yoga teacher. My life is a combination of all these components. The goals I strive for in yoga harmonize completely with my writing. In my yoga classes for children, I used the works of Oscar Brenifier, the French philosopher. For grown-ups, I organized a library where books could be borrowed free of cost. There were many titles in the library, representing both Iranian and foreign fiction. One day a week, I arranged a book club meeting that lasted for two hours and was highly appreciated. The talk centered around the book that everyone had read in advance. I’m fully convinced everyone went away from these two hours with a more open frame of mind. For a few years, I managed to get many women to take up their reading again. Many of them I worked with gradually regained their strength and became healthier and happier people. I’m certain that constructive change has to take place like that, slowly and from within. Even though my work was hard, I woke up every day full of a sense that must be called love and which helped me work into the evening. I never experienced hard work and fatigue as problems. The problem, rather, was that I never knew whether there was a secret informer among the participants—that I always had to be on guard.

One day, I received a letter saying that yoga was a false form of spirituality and that all activity associated with yoga must be stopped. At that point, I was giving yoga courses in three towns in my native province. From that day on, I was treated as if I had the plague. Just carrying out daily chores became a challenge. In my home country, all forms of clubs, whether they have to do with sports or culture, are a threat to the regime.

Iran is now governed by the same ignorance and same incompetence that prevailed when scientists like Galileo Galilei were compelled to point out that the Earth is not the center of the universe.

I continued to give yoga classes in secret, which kept my tormentors busy. Rumors spread and a defamation campaign was begun in my hometown. When I went to register my daughter in a new school, I noticed how reluctantly the principal received me. Later, he admitted that he had been called to a meeting where he had been pressed not to let pupils participate in my yoga classes, since it led them astray. He also admitted that he thought I was a Satanist.

The prevailing system tries by all means to isolate us. But we are also imprisoned mentally—a method that isn’t as obvious on the outside.

And now I’m here. Small rooms, small suitcases, strained hearts and words which, in a cold country, don’t seem to reach their recipient. Everything you’ve possessed up to now, hopes, memories, relations, all the words you thought you knew the meaning of, are of little value now and your existence is defined by three meals a day at certain hours. But I’m here now. My life is no longer in danger and I can finally breathe freely, even if I don’t feel freedom yet. I’m still waiting.

I’m here now —far from the people I love but close to people whose language I don’t understand. There is no loneliness greater than when you don’t understand a language and can’t make yourself understood. You are a tiny island in a great ocean; no one stops you from being who you are, but no one sees that you’re there.