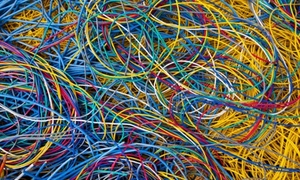 This week in the PEN Poetry Series, PEN America features a poem by EJ Koh. Koh is a poet, translator, and author of the experimental novel, Red (2013). Her work has been published in TriQuarterly, Southeast Review, Pleiades, and Columbia Review, among others, and has been featured in Privacy Policy: The Anthology of Surveillance Poetics (2014). She is based in Seattle, Washington.

I am the youngest. I am 85 and yesterday,
I was 15 in a military station;
my friends each dying, one by one;
and now I am old and I will die, too.
Today, the military gave me money.
But I ripped it apart and ate it up.
The president said, “I’m sorry. That was
war.” I stuffed my ears with cotton
and plastered my breasts with gruel.
The historian said, “It was necessary,”
girls like me, for war, girls for war,
girls for boys dying in war, girls must die
for boys dying in war, we cannot be
sorry for girls dying for boys dying
in a war of dying, girls for war, girls for
winning the war. Is it true? Girls, with
dug-up bellies, told they won the war!