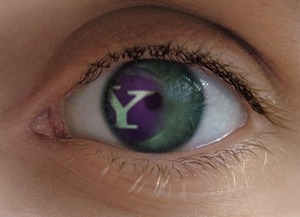 Today, the Global Network Inititative (GNI)—a multistakeholder body of tech companies, investors, NGOs, and academics in which PEN American Center is a member—released its first assessment report of Microsoft, Google, and Yahoo, and found all three firms to be “in compliance.” This means that they meaningfully and effectively attempted to implement the GNI Principles at all levels of their organizations. The assessment process relies on independent auditors to determine how member tech companies implement the GNI Principles, a thoughtful framework for protecting free expression and privacy in the digital age. The assessors examined a variety of factors in analyzing the companies, including the use of case studies pulled from among the thousands of requests that the companies receive from governments each year. In many instances, the companies pressed law enforcement agencies around the world to provide a warrant or better justification for their actions, and in some instances they denied the request. Much of this information is already available in the companies’ transparency reports, typically issued every six months, but the GNI assessors examined the case studies in light of the GNI Principles for the first time.

Edward Snowden’s June 2013 revelations about bulk government surveillance exposed significant problems with the way the U.S. government makes requests to companies to provide information in investigations. This includes the use of National Security Letters, which effectively gag the companies from speaking about requests they have received, with criminal penalties approaching 10 years. The GNI assessors were unable to examine such requests in the report. Another drawback is that the assessors found that the companies themselves would not provide certain information because of fears of releasing trade secrets or information that was legally privileged.  Finally, the fact that the assessment resulted in a binary answer (compliant/non-compliant) misses the nuance and gradations between corporate approaches to free expression. Surely, Microsoft, Google, and Yahoo are not exactly the same, are they? The assessors provided specific recommendations to each respective company, but these are not available to the public.

PEN joined GNI this year because it is the leading multistakeholder forum grappling with free expression and privacy, and we are deeply involved with how technology affects creative freedom. We want to help GNI and these companies continue to push the government to make effective reforms to end the gag orders and surveillance, which we know is causing writers to self-censor. And we’d like the companies not to hide behind the cloaks of trade secret and privilege. Still, it’s promising that the companies took the assessment seriously. The report clearly indicates that this first assessment was a learning process and that the companies, GNI members, and assessors are making a good-faith effort to implement meaningful improvements over time.

A Stress Test for Free Expression

One way of thinking about the importance of the GNI assessment is to compare it to financial oversight. In the wake of the financial crisis, the Federal Reserve issued a series of new requirements for banks to prove that they can withstand financial shock. These so-called “stress tests” require the banks to assess their vulnerability to swings in the market, and attempt to project how shocks might affect them in the future. It’s an inexact science and something of a burden for financial firms, but the tests arguably protect investors and the economy at large.

For many technology companies, data and content drive their businesses instead of investments and financial instruments. Yet no similar stress test is mandated by the government. What would happen to technology companies and the economy if data and content were cut off? What about free expression? Would free expression withstand a shock if a repressive regime, for example, blocked the internet in part or in whole in their borders? This is a critical question because we know that 21st century writers rely upon technology to express dissent and combat human rights abuses. The GNI assessment is probably the closest we’ll come to a stress test for free expression at the moment, and the results of this first report reveal we are off to a good start.