Stand Up For Freedom! 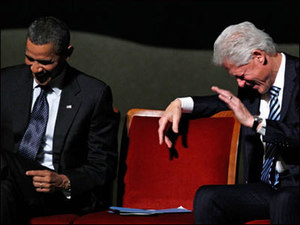 As part of the 2012 Brooklyn Book Festival, PEN American Center presents: Stand Up for Freedom.

Enjoy an evening of political comedy and commentary, as New York’s top progressive performers joke, jab, rant, vent, prod, provoke, and revel in their right to express themselves at a one-night comedy event celebrating freedom of expression. For the first time ever, PEN American Center will partner with Laughing Liberally, whose performers have appeared on Comedy Central, HBO, MSNBC, and in the pages of The Onion, The Nation and The Huffington Post.  No topic is off-limits, no politician safe, and no time can be better than this election season to laugh loudly and laugh liberally.