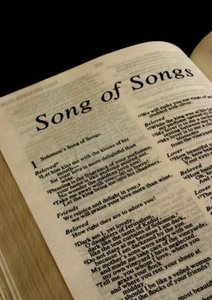 Of course any true work of literature should be banned, since, if it is successfully rendered, all literature is fundamentally, and firstly, perverse. A true work of literature is always a refusal that, by dint of its form, cannot help but repeat its refusal ad nauseam et infinitum. It is an object that will never change, but that repeats a chorus that you, the reader, must change. Perhaps you recall the scene in Good Will Hunting, where the therapist, played by Robin Williams, tells the troubled, damaged, self-destructive Will Hunting that everything that has happened to him, all the abuse he has suffered, is not his fault?

The therapist keeps repeating that exact phrase: “It’s not your fault.”

“I know,” says Will Hunting.

And then Will begins weeping and Robin Williams has to hold him.

That is what literature is like—only it says, “It’s your fault,” and it is not Robin Williams and cannot hold you at the end because a book is an inanimate object.

What book performs this function better than the Bible—especially when it is encountered merely as bound pages, portending nothing else, i.e., especially in the hands of a non-believer? And, in fact, the entire Bible is banned in America: from serious liberal and conservative discussion. The only way in which we are allowed to talk about anything from the Bible is obtusely: one must first quietly dim their analytic faculties and heighten their latent histrionic tendencies before mentioning even a line from the Book.

So why is Song of Songs singled out as the problem child? Song of Songs, the Bible’s great love poem, is the zenith of the Bible’s contemporary social incomprehensibility because it is bodily: and neither agnostic nor “believer”, neither conservative nor liberal, want to believe the Bible has anything positive to say about the body, Eros, and embodied, passionate love. It serves both sides to pretend the Book is silent on these matters, so even when Song of Songs is not formally banned, it is always informally banned—because it in no way factors into our contemporary understanding of Christianity and its precepts in daily life. In short, Song of Songs refuses the way we talk about Christianity. We tend to understand its unique refusal as a perversion: that is to say, we see it as an exception that says nothing about the rule. That it may very well prove the rule, that it may be structurally essential to understanding Judeo-Christianity, is too inconvenient to be true. And when something is too inconvenient to be true, it must be banned.