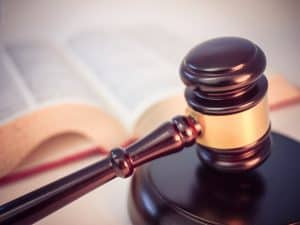 Banning books. Buying up televised news. Restricting internet usage. Breaking up protests. These are some of the prominent, obvious ways powerful people have shut down speech they didn’t like—and chances are, you’ve seen coverage of all of these tactics.

But what about corporations filing civil claims against journalists who publish scathing but truthful exposés? Or large developers suing environmental groups for petitioning their projects? Lacking the fanfare of book burning or black-line censorship, these suits might not draw much attention as threats to free speech—and, as these suits are often filed on murky grounds, courts will likely rule against these frivolous claims. But in the meantime, plaintiffs might succeed in causing defendants to run up hefty legal bills and spend time and money they don’t have in order to defend their free speech rights against those who wish to silence them. This is the rationale for a category of lawsuits you may never have heard of: SLAPPs, or Strategic Lawsuits Against Public Participation.

A SLAPP is commonly defined as a lawsuit designed to shut down a person’s right to participate in public discourse through a lawsuit that the plaintiff has filed not because he thinks he can win, but to intimidate or punish someone else. A recent example occurred just this past summer, when a Pennsylvania-based developer O’Neill Properties attempted to sue an environmental group, Delaware Riverkeeper Network (DRN), in an effort to shut down the group’s criticism of the company’s plans to redevelop an industrial site contaminated with a known carcinogen. DRN identified this suit as a SLAPP filed to silence its oppositional views—a rationale supported by Judge Jeffrey Sommer, who threw out the suit and upheld the environmental group’s right to petition. Other examples of SLAPPs might include powerful businessmen bringing suits against media companies for reporting unflattering facts about their businesses, or companies filing claims against protesters who set up outside their buildings.

If Sommer hadn’t dismissed the claim by O’Neill Properties, DRN would have had to dedicate time and resources to protecting its right to exercise critical speech. In this way, filing SLAPPs serves as an effective intimidation tactic: Should defendants choose to fight these lawsuits, they may waste years of time and thousands (and thousands!) of dollars defending themselves legally. They may be subject to costly discovery requests and forced to hand over personal information to their opponents, and they may endure damage to their public reputations as a result of being sued. Or defendants may choose to retract their statements to settle the suits, essentially self-censoring to avoid a costly legal fight. In short, SLAPPs attempt to use the power of the court itself as a cudgel against free speech.

While SLAPPs are a contemporary threat to free expression, various U.S. states have been attempting since the 1990s to address the problem by passing laws known as “anti-SLAPP laws.” These laws are designed to identify SLAPPS quickly (as opposed to lawsuits that have some probability of being won on the merits of the case) and to dismiss them in the early procedural stages of the case. In addition, many of these anti-SLAPP laws offer defendants the opportunity to recover their legal fees if the lawsuit is indeed found to be a SLAPP.

Literary citizens, too, are addressing the threat SLAPPs pose—particularly to writers, to journalists, and to human rights, labor, and environmental advocates who make unflattering claims about their subjects. Earlier this year, dozens of authors signed a pledge in support of Greenpeace and Stand.earth after the Canadian logging company Resolute sued, alleging these groups are engaging in “defamation” and even “racketeering” for their advocacy campaign criticizing the company’s business practices. Greenpeace has declared that “these lawsuits, designed to silence criticism, are textbook examples of SLAPPs.” Authors who have signed the pledge—including J. M. Coetzee, Margaret Atwood, Yann Martel, and Ian Rankin—apparently agree. As one signatory, author Rebecca Solnit, describes: “There is no free society without free speech  . . .  but lawsuits that make speaking up unaffordably expensive are one way to quash that liberty arising from the free exchange of words, ideas, beliefs, truths.”

In fact, Resolute’s case against Greenpeace and Stand.earth was dismissed earlier this month, with the judge writing that the advocacy groups’ speech “constituted the expression of opinion, or different viewpoints that are a vital part of our democracy.” However, Resolute has indicated it intends to keep pressing the claim.

Twenty-eight states (plus Washington, D.C., and Guam) now have anti-SLAPP laws. But they vary substantially: There are differing definitions of what categories of speech can be protected from SLAPPs, as well as the weight of evidence needed to demonstrate that a lawsuit is indeed a SLAPP. Furthermore, federal appeals courts are split on the issue as to whether state-level anti-SLAPP statutes apply to federal proceedings. In short, anti-SLAPP laws across the United States currently provide only an incomplete patchwork of protection.

SLAPPs are a prevalent and serious—but still under-acknowledged—threat to free speech and expression. It should never be “unaffordable” to speak up. As one New York judge wrote in a 1992 SLAPP case, “Short of a gun to the head, a greater threat to First Amendment expression can scarcely be imagined,” and in an era where the phrases “open up our libel laws” and “fake news media” are thrown around freely, this threat becomes that much more pressing. There is still work to be done to ensure that the courts remain an institution safeguarding our liberties—instead of one that SLAPPs our free speech rights away.

Portion of sales from each Get PoLITical collection purchase will be donated @PENamerica and their Free Speech 2020 campaign.