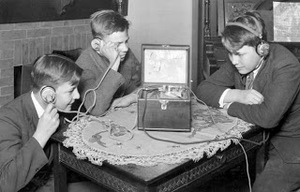 Today we’re thrilled to announce the shortlists and judges for the 2013 PEN Literary Awards, the most comprehensive literary awards program in the country. This year, with the help of its partners and supporters, PEN will present 16 awards, fellowships, grants, and prizes, and confer nearly $150,000 in 2013 to some of the most gifted writers and translators working today. Who’s going to take home an award this year? Stay tuned to pen.org this summer, when we’ll announce the winners in August.

Happiness Is a Chemical in the Brain (W.W. Norton & Co.), Lucia Perillo

PEN/John Kenneth Galbraith Award for Nonfiction ($10,000): To an author of a distinguished book of general nonfiction possessing notable literary merit and critical perspective and illuminating important contemporary issues which has been published in the United States during 2011 or 2012.

PEN/Diamonstein-Spielvogel Award for the Art of the Essay ($10,000): For a book of essays published in 2012 that exemplifies the dignity and esteem that the essay form imparts to literature.

What Light Can Do (Ecco), Robert Hass

PEN/E.O. Wilson Literary Science Writing Award ($10,000): For a book of literary nonfiction on the subject of the physical or biological sciences published in 2012.

PEN Open Book Award ($5,000): For an exceptional book-length work of literature by an author of color published in 2012.

When My Brother Was an Aztec (Copper Canyon Press), Natalie Diaz

PEN/Jacqueline Bograd Weld Award for Biography ($5,000): For a distinguished biography published in 2012.

All We Know (Farrar, Straus and Giroux), Lisa Cohen

PEN/ESPN Award for Literary Sports Writing ($5,000): To honor a nonfiction book on the subject of sports published in 2012.

PEN/Steven Kroll Award for Picture Book Writing ($5,000): To a writer for an exceptional story illustrated in a picture book published in 2012.

I Lay My Stitches Down (Eerdmans), Cynthia Grady and illustrator Michele Wood

PEN Award for Poetry in Translation ($3,000): For a book-length translation of poetry into English published in 2012.

The Shock of the Lenders and Other Poems by Jorge Santiago Perednik (Action Books), Molly Weigel

PEN Translation Prize ($3,000): For a book-length translation of prose into English published in 2012.

Near to the Wild Heart by Clarice Lispector (New Directions), Alison Entrekin

(The following PEN Awards do not have shortlists but are listed below to announce the participation of those authors who are judging the awards. The winners will be announced in August along with all of the winners for the book awards.)

PEN/Joyce Osterweil Award for Poetry ($5,000): To a new and emerging poet of any age who has not published more than one book of poetry.

PEN/Phyllis Naylor Working Writer Fellowship ($5,000): To an author of children’s or young-adult fiction, who has published at least two novels, to complete a book-length work-in-progress.

PEN/Nora Magid Award ($2,500): To honor a magazine editor whose high literary taste have, throughout his or her career, contributed significantly to the excellence of the publication he or she edits.

PEN/Heim Translation Fund Grants ($2,000-$4,000):  To support the translation of book-length works into English.

For a list of last year’s 2012 PEN Literary Awards winners and runners-up, please go here. PEN will begin accepting submissions for 2014 Awards on October 1, 2013. For a list of all 2014 PEN Awards and information about submission guidelines, please go here. For questions about any of the awards, write to [email protected]. For questions about the shortlisted titles or the upcoming announcement of the winners, please contact Paul W. Morris, PEN’s Director of Literary Awards, Membership, & Marketing, at: [email protected].

The PEN Pod: On Political Ads, the Children’s Canon, and Ongoing Crackdowns in Myanmar with Suzanne Nossel

Sneak peek. Coming next Friday from @PENamerica, a conversation about state legislators and academic freedom with @lindsayaellis, @Musa_alGharbi and @JeffreyASachs.
Register:
https://pen.org/event/the-common-room-state-legislators-and-academic-freedom/