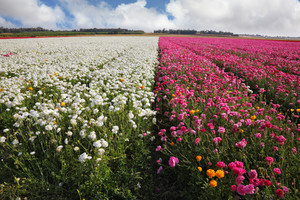 For our second-annual Banned Books Month, PEN America once again reached out to PEN members, supporters, and staff—writers and editors of all backgrounds and genres—who sent us their reflections on the banned books that matter most to them. Today’s piece comes from former PEN staffer Nick Burd, author of The Vast Fields of Ordinary. To find out more about how you can get involved with Banned Books Month, click here.

No one calls to tell you that a group of people is trying to build the case that your book has the power to corrupt pure minds. At least that’s not what happened in my case. No, I learned that people thought these things about my book, The Vast Fields of Ordinary, via a thoroughly modern channel: the Google Alert.

The alert pointed me to a Daily News article about the anger surrounding the inclusion of more gay-themed books in the California public school curriculum. My novel was one of these books. According to a quote in the paper, the executive director of SaveCalifornia.org, Randy Thomasson (who I pray has a Google alert on his name), claimed: “Your children are not being taught rigorous academics or critical thinking. They’re being taught social engineering that will hurt them physically and emotionally.”

Of course, part of me was excited (“Yay! My book is being taught in schools!”), but after that momentary thrill came the obvious questions and concerns: What exactly was so offensive about my little novel about two teenage boys falling in love? Had I inadvertently written something that would hurt young minds? And who in the heck was SaveCalifornia.com?

The first two questions were obviously a matter of perspective, but the third was easy to answer. According to their website, Save California “works to protect children, parents, taxpayers, persons of faith and conscience and the sacred institution of marriage and family.”

Do people need protecting from art? I don’t think so. Art starts a dialogue with those who come into contact with it. It doesn’t attack you or force you to see things from its perspective. This is why some walk away from it feeling unconvinced of its viewpoint, while others find it takes the intangible and gives it shape and meaning. While it is easy to get lost in a good book, film, or video game, they do not have the power to hypnotize us or change who we really are.

When I was growing up in 80s, gay people were not the primetime staples that they are today, and there were definitely no gay books in my school “teaching” me how to be a homosexual, so my sexuality cannot be classified as a case of me watching too many TV shows featuring gay sidekicks. Being gay is a conclusion I reached on my own. Like all self-discoveries, it was something I realized after time, consideration, and mistakes (sorry every girl I ever “dated”). But eventually this emotional trial and error made me realize that some part of my spirit could only survive if I gave myself permission to be who I really was. To borrow the language of the religious man, I came to terms with the fact that this was the way God made me. After this, my life became so much better.

The language of the censor is the language of the tyrant, the absolutist, the one with no vision. It is the antithesis of art because it assumes that there is only one perspective, one reality, and that anything that fails to rhyme with it is a sin against nature. But the real sin against nature is to suffocate personal truths and experiences with wobbly doctrine and to disguise it as morally just. Art— particularly literature—exists to show us there are as many worlds as there are people. Each of these worlds come with its own laws. These laws vary from person to person, but if there is one that they have in common it is to share your truth. We owe it to our humanity and our short time among other humans to respect the truths that are shared with us.