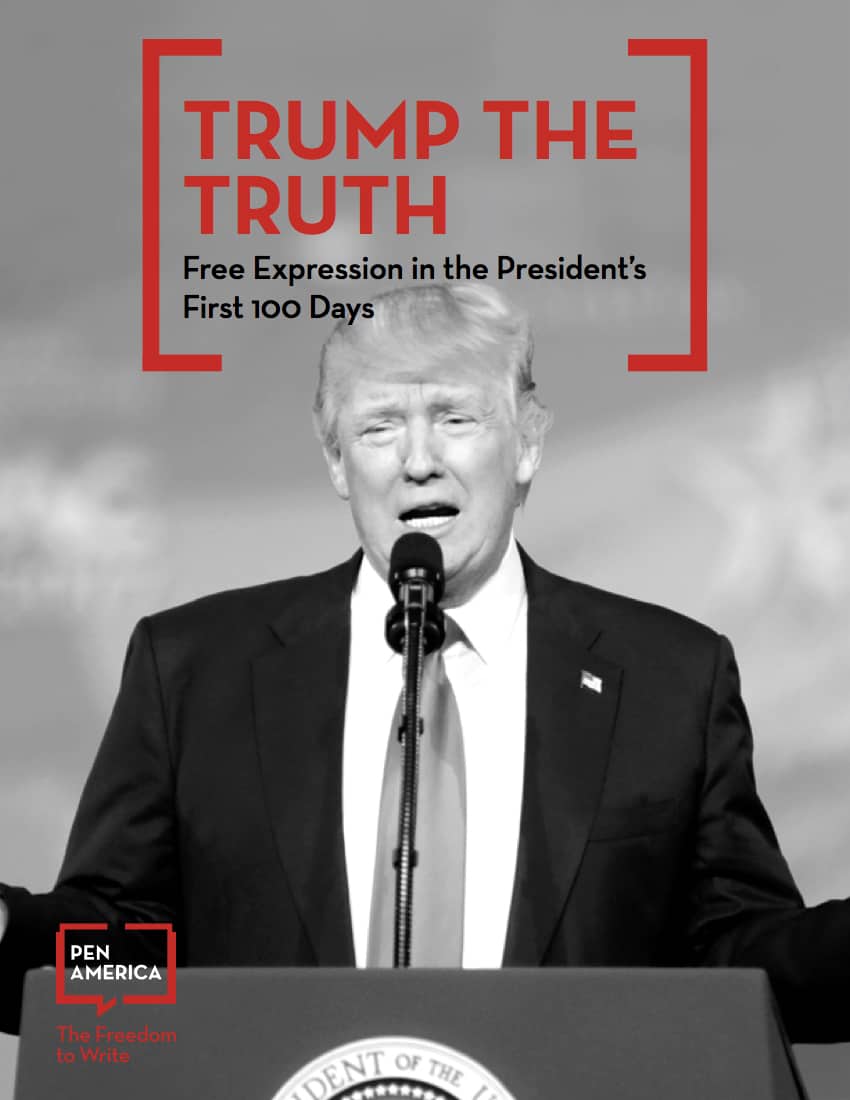 PEN America’s new report Trump the Truth: Free Expression in the President’s First 100 Days clocks more than 70 separate instances where President Trump or senior Administration officials have taken potshots at the press, including Presidential tweets decrying “fake news,” restrictions on media access, intimations that the press has “their reasons” for not reporting terror attacks, and branding press outlets as “the enemy of the American people.” These instances amount to near-daily efforts by the Trump Administration to undermine the press during the President’s first 100 days. Such efforts not only chip away at public trust for the media and its indispensable role in keeping the public informed, but also signal to regimes abroad that the United States will not stand up for press freedom.

In conjunction with this new report, PEN America also presents Trump the Truth: A Timeline of Assaults on Free Expression—an interactive timeline that tracks important developments under the Trump Administration that threaten to undermine free expression and press freedoms.

The #PENgala livestream will kick off at 7:30PM ET! Join PEN America & host @Faith_Salie for an evening of celebration as we recognize this year's honorees and highlight PEN America's work defending free expression in U.S. and around the world: https://bit.ly/3LzjuWQ.