Despite its rich cultural and literary traditions, Iran is among the world’s most restrictive countries for freedom of expression. While the human rights situation has been dire for decades, the state of free expression and respect for fundamental rights has deteriorated even further in recent years, placing Iran among the top jailers of writers and public intellectuals globally. The 2021 presidential election of Ebrahim Raisi, who has credibly been accused of involvement in mass killings of political prisoners in the 1980s, signaled yet another move toward escalating repression.

Iran remains notorious for a judicial system completely lacking in transparency, under which arbitrary arrests are commonplace and lengthy sentences are handed out without due process. Hundreds of political prisoners languish behind bars as authorities withhold critical care and medical attention, putting their lives in great danger and sometimes leading to death. The Iranian government has also been engaged in the targeting and transnational kidnapping of dissidents, writers, and journalists outside the country, as well as the harassment of prisoners’ family members inside the country.

Numerous women who question gender-based restrictions or secularists who propose reform of the current theocratic system are charged with “national security” or “propaganda” crimes. Likewise, Kurds fostering cultural preservation through the celebration of the Kurdish language are consistently met with government retaliation in the form of propaganda or blasphemy charges. In spite of this, Iran’s writers and artists remain steadfast in opposing censorship, pushing back against the boundaries on expression, and fostering a vibrant literary community. 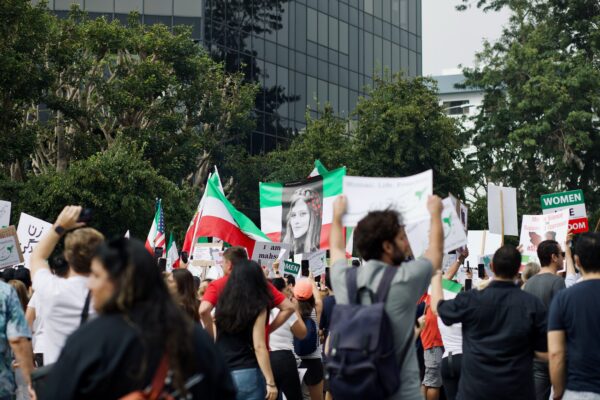 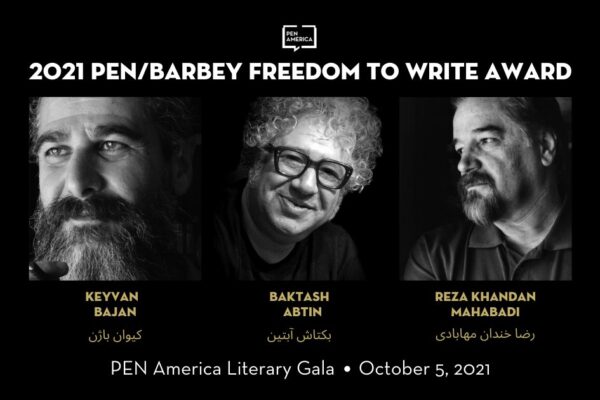 December 18, 2022
Liesl Gerntholtz, director of the PEN/Barbey Freedom to Write Center, said: "Taraneh Alidoosti is a highly talented actress who has long used her celebrity status to advocate for women's equality in Iran and to speak out against the Iranian government's violence against protesters. As a literary translator from English to Farsi of noted authors including Canadian Nobel Laureate in Literature Alice Munro and American Jewish novelist Nicole Krauss, she has become a friend and partner to noted authors around the world, helping build bridges across cultural and political divides.  Her courage, intellect and visibility have now made her a target. Her arrest and detention is yet another blatant attempt by the Iranian government to suppress the human rights of Iranian citizens, including their right to criticize their government, and crush their protests through fear and force. PEN America salutes Alidoosti's courage and calls on the Iranian government to immediately release her."

December 10, 2022
“We are horrified by the shocking execution of Mohsen Shekari and the terrifying precedent this sets for artists and protestors currently held in Iranian prisons. The Iranian government clearly fears the power of artists during these protests, but artistic expression and peaceful protests are not crimes. We welcome the condemnation of this execution by United Nations experts, including a group of Special Rapporteurs, and call on the UN Human Rights Council's fact-finding mission to investigate this deliberate silencing of free speech and expression.”

December 6, 2022
“The violent and targeted arrests of the IWA’s board members are designed to intimidate and silence one of the leading independent civil society voices inside Iran that steadfastly speaks out in support of the essential right of all individuals to free expression,” said Karin Karlekar, PEN America’s director of Free Expression at Risk Programs. “Given the Iranian government’s surge of baseless arrests and horrific record of mistreating political prisoners, we are raising an urgent alarm regarding their safety, and call for their immediate release.”
More News 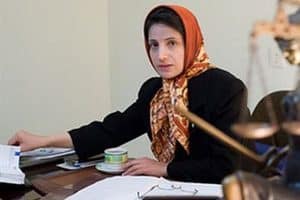 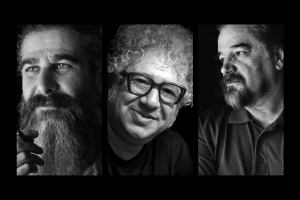 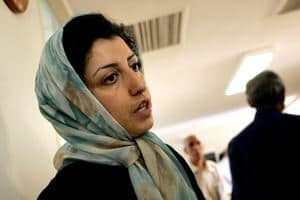 Narges Mohammadi is an independent journalist and the former vice-president and spokesperson of the Defenders of Human Rights Center (DHRC). Mohammadi was sentenced to 10 years in prison on the charge of “forming an illegal group.”
Learn More 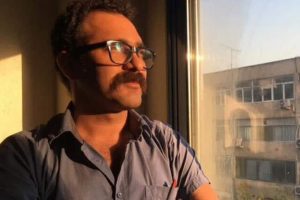 Arash Ganji is a prominent writer, translator, and the Secretary of the Iranian Writers’ Association (IWA). On December 28, 2020, he was sentenced to 11 years in prison on national security charges.
Learn More
See More Cases

This year, PEN America is honoring imprisoned Iranian writers Baktash Abtin, Keyvan Bajan, and Reza Khandan Mahabadi with the 2021 PEN/Barbey Freedom to Write Award. All three writers have been imprisoned by the Iranian authorities for their writing, their defense of free expression, and their peaceful opposition to state censorship. Join PEN America in calling for their release now. 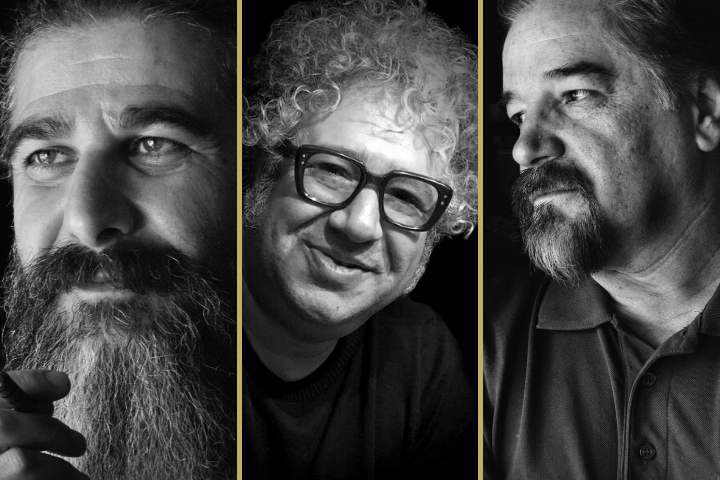 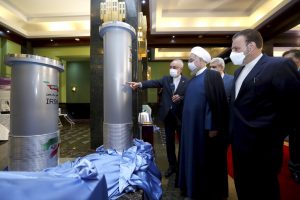 In a joint letter to the Biden-Harris administration, PEN America and its allies call on the U.S. to prioritize human rights as it re-enters nuclear negotiations with Iran.
Read More 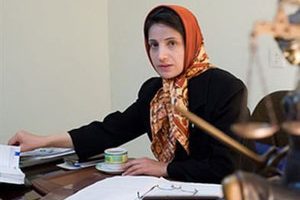 In this letter, jailed Iranian writer Nasrin Sotoudeh appeals to the UN and the global community to pay attention to the unjust executions taking place in her country.
Read More 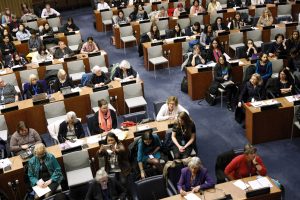 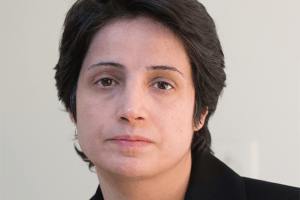 We write to call for the immediate and unconditional release of writer, human rights lawyer, and activist Nasrin Sotoudeh.
Read More 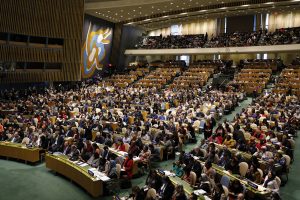 We joined Iranian human rights organizations to alert the UN CSW to the persecution and prosecution of women human rights defenders in Iran.
Read More 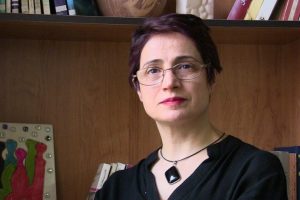 Nasrin Sotoudeh’s sentence of 38 years in prison and 148 lashes blatantly violates international law and the Constitution of the Islamic Republic of Iran.
Read More 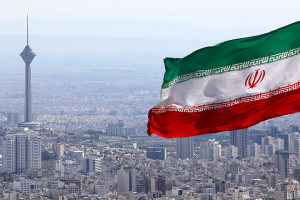 PEN America and other rights groups sound the alarm about Iran's drastic steps to silence dissidents well beyond the country's borders.
Read More 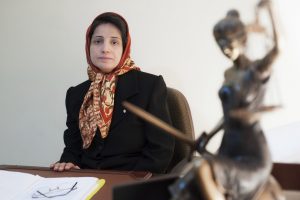 A Fifty Day Stand for Freedom 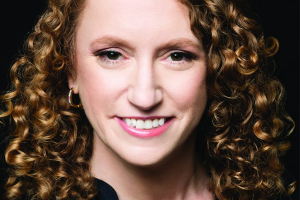 “Nasrin Sotoudeh is one [writer] that I’ll highlight, our 2011 PEN Freedom to Write Award winner who has been in and out of prison ever since and has been enduring a really incredible ordeal over the last year and a half, with a hunger strike, getting COVID in prison, not getting proper medical care, getting furloughed, getting rearrested.”
Read More 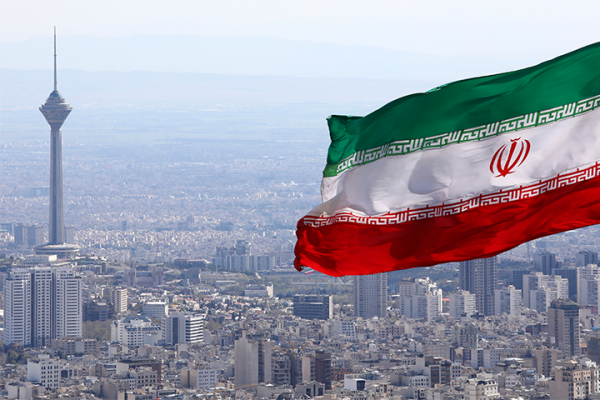 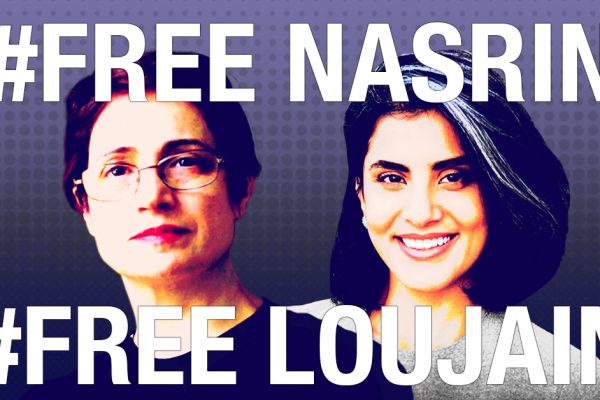 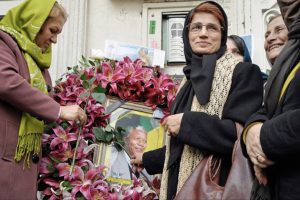 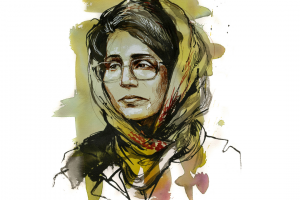 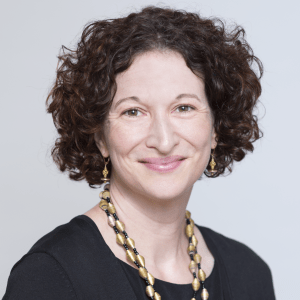 During 2020, according to data collected for PEN America’s Freedom to Write Index, Iran jailed at least 19 writers and public intellectuals, the fourth-highest number in the world, in connection with their writing, their work, or related activism. Globally, 35 countries—spanning all geographic regions—jailed at least 273 writers. The annual Freedom to Write Index has become an essential component of PEN America’s long-standing Writers at Risk Program, which encompasses support for and advocacy on behalf of writers under threat around the world. 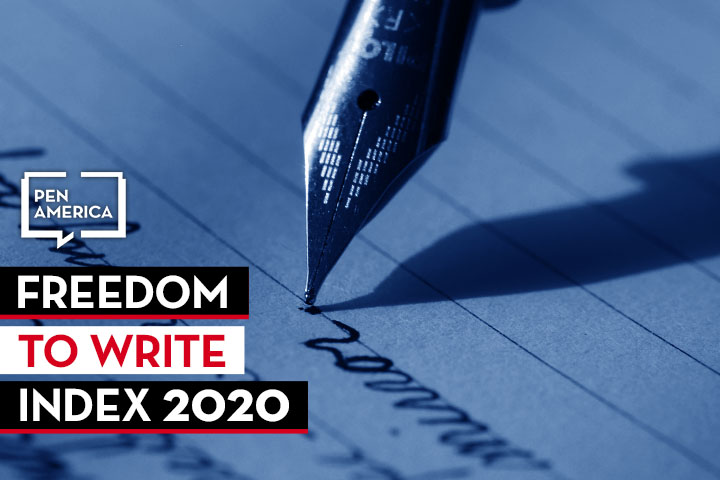