Reading Is Not Optional: An Interview with Walter Dean Myers 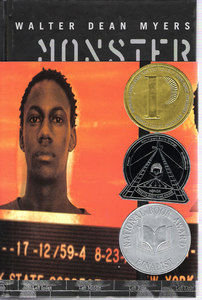 AMY NATHAN: You have chosen as the motto for your ambassadorship: “Reading is not optional.” What kinds of arguments and examples will you use when speaking with parents, teachers, and young people to persuade them of the truth and power in that short, to-the-point motto?

WALTER DEAN MYERS: There’s a mountain of evidence that identifies the difficulties children have in reading as beginning prior to their school experience. The discrepancies between individual five-year-olds are amazing. Some children begin school with a vocabulary of 3,500 words while other, more fortunate children, begin school with vocabularies of between 12 and 15 thousand words. This is a gap that makes standardized teaching difficult and only 15 percent of all children who are behind in the early grades ever reach grade level. The gap is caused by a paucity of language in the home environment, fueled by often multigenerational unemployment and isolation. The result, starting at five, is a momentum toward an inferior life that we often see played out tragically as people do not fulfill their human potential. I’ve mapped out a program (sermon?) I believe will be useful.

1. We need to stop pretending that children can “be anything they want if they just follow their dreams.” Statistics show otherwise for the child who is not proficient in reading. Reading should not be offered as a pleasant adjunct to a child’s life, but an essential element in reaching for the best life possible.

2. Since we understand that the primary source of vocabulary is the home, I’ll be encouraging parents and guardians to begin enriching that language environment by reading to toddlers, and making the reading process as interactive as possible. I will encourage the use of books, catalogs, newspapers, and ads to engage the young mind. I hope to bring together the many organizations, such as First Book and My Own Library, to provide materials.

3. The remediation of older children can, I feel, best be accomplished by mentors actually reading with teenagers. A grandmother, or other mentor, reading with a teenager, perhaps reading alternating chapters or pages, can make reading a pleasure for children and reduce the anxiety that teenagers so often feel in a classroom situation. One of my most pleasurable experiences was when an elderly Black lady and her grandchild stopped in front of a signing table at the ALA and, together, recited a poem I had written,Better Not Mess with Grandmama and Me. There are many organizations which, on paper, have a mentoring function. In reality most of them seem only willing to hand a book to a child and walk away. We need involvement.

4. We need to bring the abundant research available at the university level to the community level. I’ve already been told that “people aren’t interested” or “won’t take the time.” People will be interested if you explain to them why the gaps exist as well as what they can do about it. It’s the national reading environment that needs to be changed, not isolated individuals. Because the demographics of poor reading falls so heavily in the Black, Latino, and lower income groups, I think that people are hesitant to approach the problems head on. I have advantages here. I grew up as poor as most of the people I’ll be speaking to, I’m Black, and I’m old enough not to care about criticism!

NATHAN: The two detention center visits that are planned for you this year remind us that you have long been concerned about conditions for incarcerated youth. What kinds of programs do you have planned to try to engage the young people there in reading and writing activities?

MYERS: I’ve seen a decline in detention centers reading skills over the last 20 years. There is a need to explain to these young people (there are about one hundred thousand kids in jail on any given day!) that for them to take advantage of any opportunity that comes along they will have to become excellent readers. We need to put it bluntly enough to stop the defensive derision some of them use to cover up their poor skills. I correspond with some of the kids and the rules governing their access to books and writing materials are difficult to get around, so it won’t be easy. Another problem is that there is a great sense of discouragement and helplessness among these young inmates. I would love to see a program in which children get time-served credit for reading books.

NATHAN: This year’s PEN World Voices Festival will feature a panel discussion on Children’s Rights, about which you spoke so eloquently during an earlier PEN program on this topic in 2009. At that time you said, “What I think we need to do is to speak for the child but also to give children and communities the language necessary to speak for themselves.” In what way do you think your ambassadorial visits can encourage young people not only to read but also to write?

MYERS: For anyone suffering from depression, as many children in detention facilities are, the tendency is to over-focus on one’s own situation. It would cost relatively little for each facility to have a monthly newsletter or journal in which the kids are invited to write their commentaries on world events. I’m sure I will hear a chorus of “It’s beyond them!” or “They won’t be interested,” but if we don’t believe in these kids, we should, as a society, admit to it and stop pussyfooting around. At least by admitting to the world that we don’t care about our children we can stop the present hypocrisy.

NATHAN: There has been some discussion in the media recently about the current state of YA literature, whether it’s too gritty or presents “hideously distorted portrayals of what life is,” as Meghan Cox Gurdon wrote in the Wall Street Journal last June. As an author who has covered both the gritty and the hopefulness behind the grit, please comment on what you see as the role of YA authors in tackling topics that may appear too hard-hitting to some, and the value of not shying away from what may be perceived as edgy subject matter.

MYERS: In researching Monster I interviewed an older defense counsel. What he told me rang so true that I keep it in mind all the time as I write. He said that his major job was not to present evidence or alibis, but to “humanize” his client, to present him or her as a human being as the prosecutor presented them as “other.” And the first way to “humanize” young people is to include their lives, families, and problems in books. As a youngster growing up in Harlem in a foster home, I never found myself, my family, my church, or even my diet in the books I loved. As a consequence (in retrospect, I wasn’t aware of what was going on at the time) I did not love myself as a Black person or have a particular respect for much of the Black community. I found myself uncomfortable with being identified as Black, and this subtle shame forms, I believe, an “angst burden” that many children of color (and gay kids, and obese kids, whatever) carry constantly. The first story that I read in which I recognized my Harlem was “Sonny’s Blues” by James Baldwin. When I met Baldwin years later he told me he had experienced the same isolation and had fled to Europe.

I want to include the lives of the two million children who live in poverty in the United States. If this is gritty then I want to write gritty. I want to write about their neighborhoods, their fears, and their problems. Can we go too far in exposing every nuanced ill? Of course we can, and we’ve been down this road before. But I suspect that the answer is not in censorship, but in allowing librarians, teachers, and children to find the books they want. And the answer is clearly not in putting forth some utopian ideal of what children should be reading or thinking, which excludes so many of our young people. I don’t think Ms. Gurdon’s concerns are misplaced, books do transmit values, but I do think we need to be careful about what we are wishing for, and also avoid using code words such as “gritty” which seems to be creeping into our vocabulary and has as many uses, some descriptive and some clearly negative, as does “inner city.”

I live in England five weeks a year (fall theatre season!) and look at all the classic children’s books which the Brits so revere. But as I wander through the bookstalls in London I’m reminded that these books were not intended for the poor Irish or poor English children, nor did they wind up in their hands. The plight of the poorest children in England was usually ignored in their literature. That Dickens did write of the poor, that he did visit prisons as I visit prisons, reflects his own experiences as my writing reflects mine.

NATHAN: Your recent YA novel Kick involved a collaboration between you and a high school student, with you and the student trading off writing chapters—you writing in the voice of a police sergeant and the student, Ross Workman, writing in the voice of a young teen. Do you think other such intergenerational collaborations might develop as a result of your ambassadorship? Perhaps the example of that novel might encourage students to collaborate with each other? Or do you have plans for other writing projects that you hope to squeeze in during your two years as National Ambassador?

MYERS: Ross is a remarkable young man and I thoroughly enjoyed working with him. I also worked with some kids in Irving, Texas, on family histories. I learned a great deal from the enthusiasm of all of these young writers, and have thought about starting a publishing adventure some time in the future. As far as my own writing projects go, I’ll be publishing a book on the social contract next, All the Right Stuff. Again, it’ll be placed in the inner city, and will deal with Rousseau, Locke, etc., in a way that my usual audience can understand it.