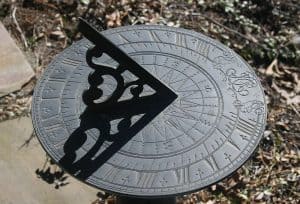 Today we feature an excerpt from Iain Galbraith’s grant-winning translation from the German of Raoul Schrott: Selected Poems, a dual language collection of poetry by the celebrated polyglot Austrian poet, novelist, and essayist.

Galbraith writes: I cannot remember whether I had even read Raoul Schrott when I first met him in a bar in the Westphalian town of Münster, in May 1997. However, this was not a chance meeting; we were at a festival to talk poetry and translation. What we did not know then was that we would maintain an intensive dialogue about poetry for the next 20 years (or more, I hope). A part of that dialogue has involved my translation of his poetry, beginning with his fifth volume Tropen in 1998, a work that would reach a wider readership than his previous volumes had, and, in 1999, win him the prestigious Peter Huchel Prize. The title Tropen is a pun and a translator’s headache; it can mean either “tropics” or “tropes,” depending on how you look at it (not unlike the famous ambiguous “duck/rabbit” image). As a gate into the middle period of his work, it introduces us to a couple of this poet’s recurrent themes: observations in the tropics, especially in Africa and South America, and a fascination for figures of language (tropes). In addition to love poetry and the long poem “Mountain Front,” a narrative of the First World War in the Alps from 1916–18, Tropen investigates the phenomena of physical optics and the history of alphabets and script, at the same time exploring the influence on everyday lives of the experience of the “sublime.” Schrott’s most recent book of poetry is Erste Erde (First Earth, 2016). Based on Schrott’s travels to excavations and relics of the early Earth on several continents, and his knowledge of scientific discourse concerning Earth’s distant past, this work translates the origin of the Earth and life on our planet into legible figures: an imaginable reality. One of the many joys of translating Schrott’s work has been its invitation to follow the poem to places and research I would not otherwise have encountered. Most of all, however, I am concerned with each poem’s own apprehensive encounter: the challenge it holds out to my language and whether the German poem will speak well for itself in English.

our temples sometimes throbbing
because we drank so little as if the bone there was too thin
the tongue too clumsy to say: i
ridges of dunes and escarpments of a world in empty space
so far and real the further each track broke away
we knew only that it defied reckoning

one wind like bronze but browner and darker
one circling one as white as wheat-chaff over the plain
one as if the day had stolen its night-half from the equinox
the north named for the threshing-oxen of the stars:
told apart only by whether they smelt dank of soil and bark
or charred everything to ash from open urns

to buy a house a bed and table and chair
enough for once and for you now and here
as if nothing were futile – something might last and bind
but i felt at once more wordless things: void
saw myself only ever gathering windblown branches for the fire
staring into smoke which the wind dispersed