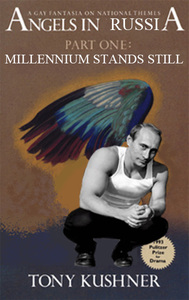 DEADLINE EXTENDED! To accommodate submissions from the Association of Writers and Writing Programs conference in Seattle next week we’ve extended the deadline for submissions to March 1, 2014.

What better way to call attention to the absurdity of Russia’s troika of anti-free expression laws enacted since Putin took office—again—than a contest to celebrate the wealth of iconic literature, art, music, journalism, and film that would have been stifled under Russia’s gay propaganda law, blasphemy law, and criminalization of defamation?

Here’s how to play:

1. Choose an image from a book, album, artwork, movie poster, news or tabloid article that breaks one, two, or all three of the laws

2. Find a suitable photo of Putin

3. Mash the two together in a way that you feel best highlights the unique qualities that would call attention to the piece under Putin’s stranglehold on free expression

4. Flood Facebook, Twitter, and Tumblr with images of these iconic books and artwork—branded with Putin’s dictatorial image—that might not have had the same social, political, or cultural impact had they been silenced by Russia’s restrictive laws.

To enter the contest, submit your image mash-up on Twitter, Facebook, or Tumblr to @PENAmerican using #PutinsLibrary, or email a jpeg to [email protected] Submissions should be posted between February 8 and March 1, 2014. PEN will develop a shortlist of the most creative and hilarious images to be judged by a special panel of PEN Members, including Anya Ulinich (Petropolis) and Ben Greenman (The Slippage). Then on Friday, February 21, we’ll announce a winner! The best design will be printed as a poster for display at upcoming PEN events including the PEN World Voices Festival in April—and, of course, the winning artist will also receive a poster of their own to display at home. 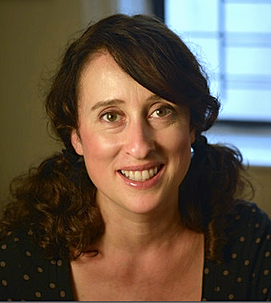 Anya Ulinich grew up in Moscow, Russia, and immigrated to Arizona when she was seventeen. She holds an MFA in visual arts from the University of California, Davis. Her first novel, Petropolis, was published in 2007, and has since been translated into ten languages. Her graphic novel, Lena Finkle’s Magic Barrel, will be published this summer. Ulinich’s short stories and essays have appeared in The New York Times, Zoetrope: All-Story, n+1, and PEN America Journal. She has taught writing at NYU and Gotham Writer’s Workshop. She lives in Brooklyn with her two daughters.

Ben Greenman is the author of several acclaimed books of fiction. His most recent novel, The Slippage, was praised by the New York Times, the Chicago Tribune, and many other publications. He is also the co-author, with Questlove, of the New York Times best-selling hip-hop memoir Mo Meta Blues. He lives in Brooklyn.