PTSD: The Wound That Never Heals 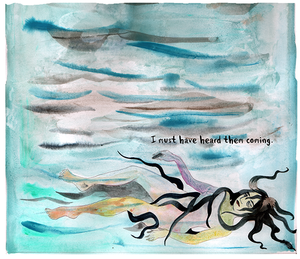 In this week’s Illustrated PEN, guest editor Meg Lemke features a piece by Leela Corman, originally published on Nautil.us and excerpted from We All Wish for Deadly Force (June 2016, Retrofit).

The popular concept of PTSD is a disease of war, a mysterious shell-shock that fells soldiers—something that happens “far away” and is brought hidden, back to the homefront. But Leela Corman’s breathtaking comic shares her experience of PTSD following a personal tragedy both unthinkable and everyday, triggered constantly in her domestic life. What psychologists have learned from battle zones is being brought to bear in therapies with applications across the human experience, but each individual responds differently. In elegant watercolors, the piece deftly draws together medical, scientific, and philosophical explorations of trauma and “healing,” a process rather than an end point. Because as Corman asks, who could ‘unlearn’ losing a child? How are we, rather, bodily and spiritually, remade by loss? Her work speaks to the growing Graphic Medicine movement, which employs comics in education of medical professionals and patients—and indeed, from the comments on its first publication, this comic has reached and truly helped many readers who’ve suffered from the “wound that never heals.” —Meg Lemke 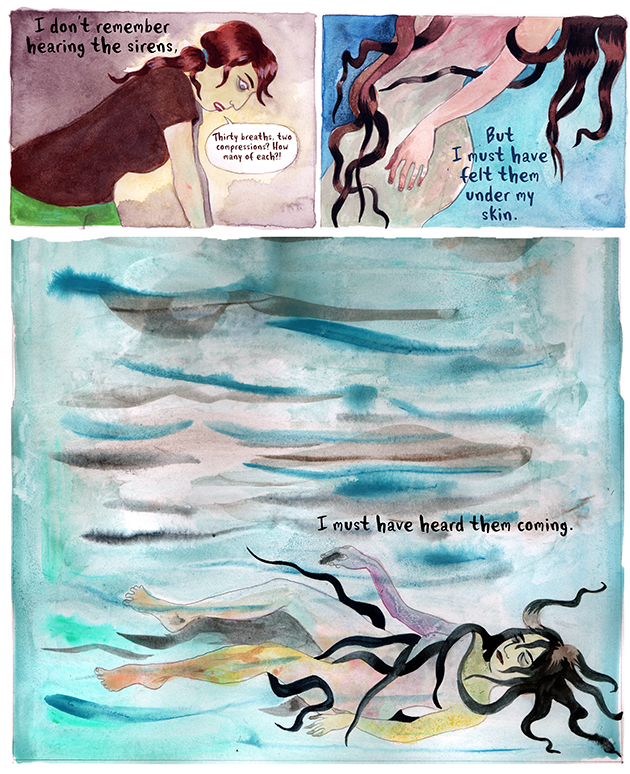 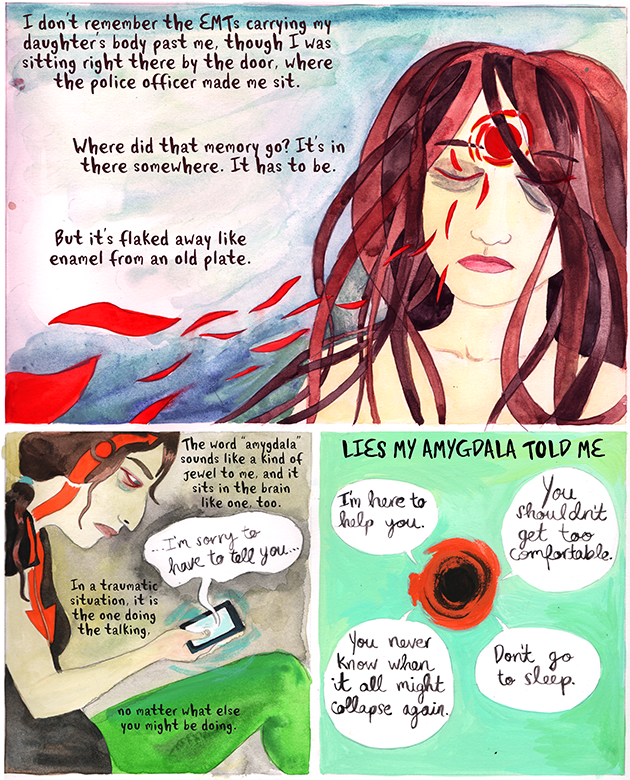 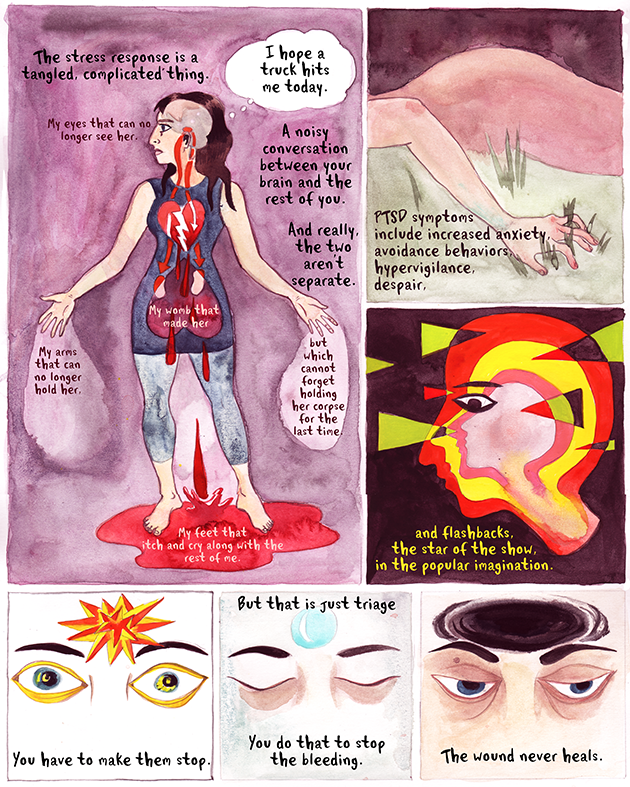 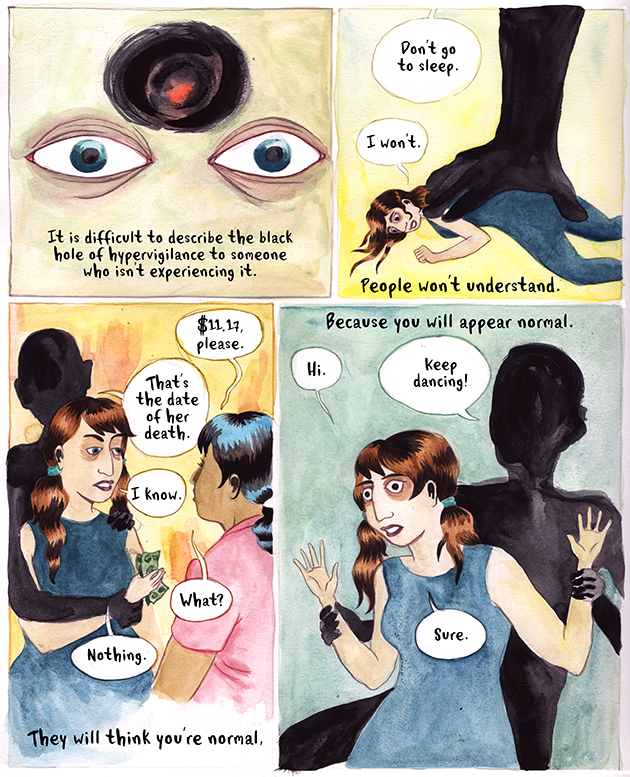 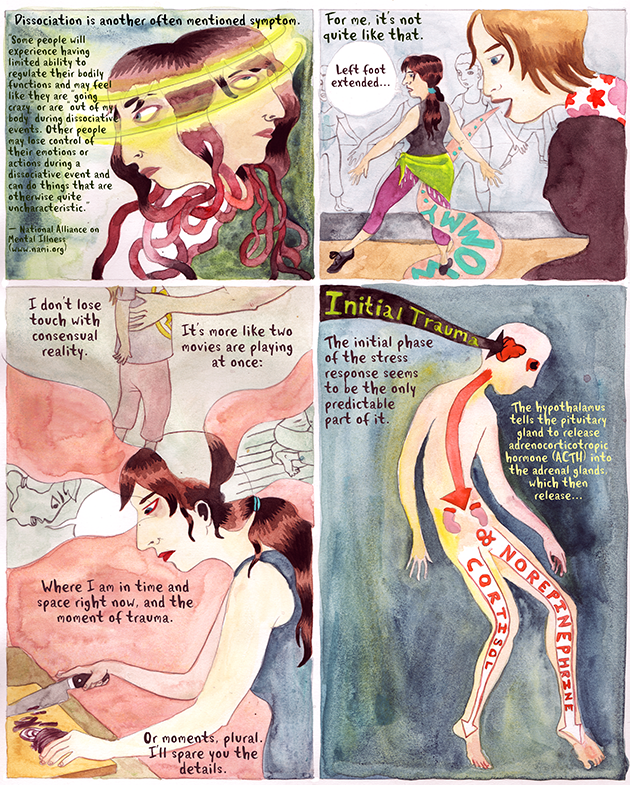 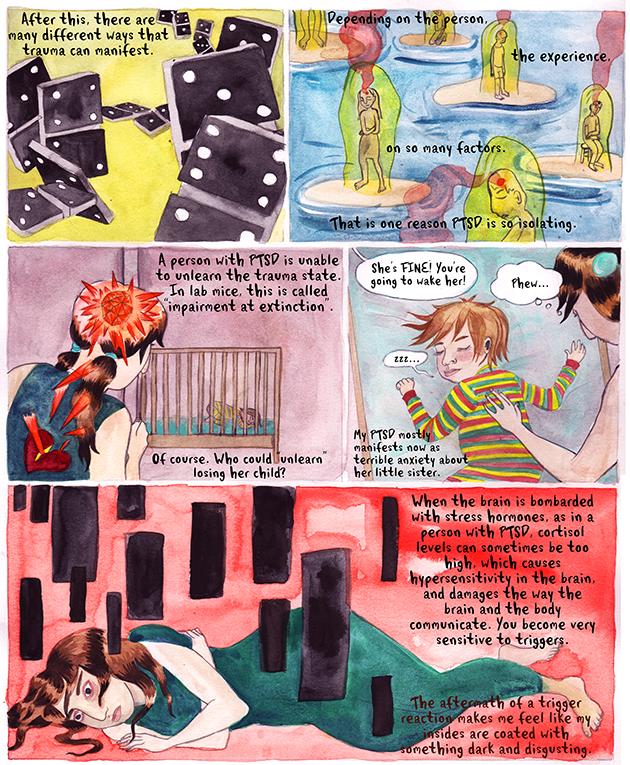 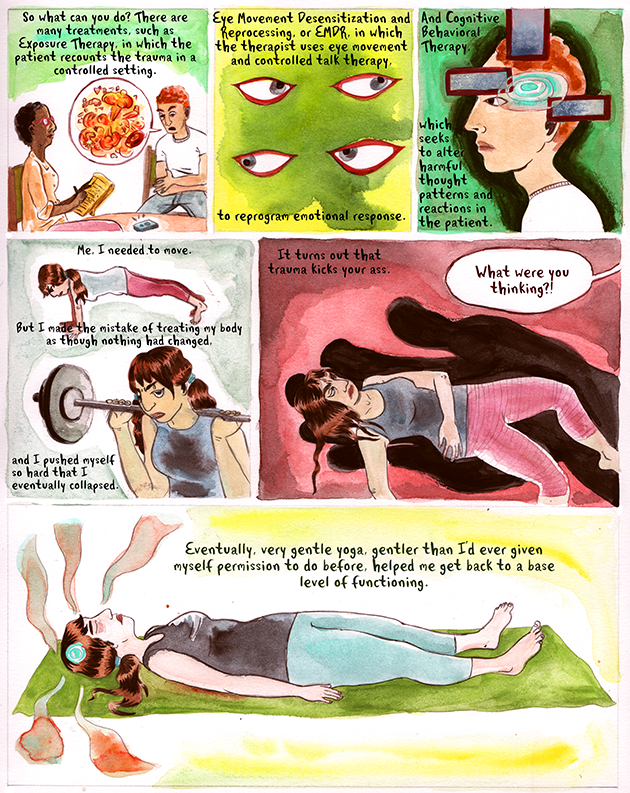 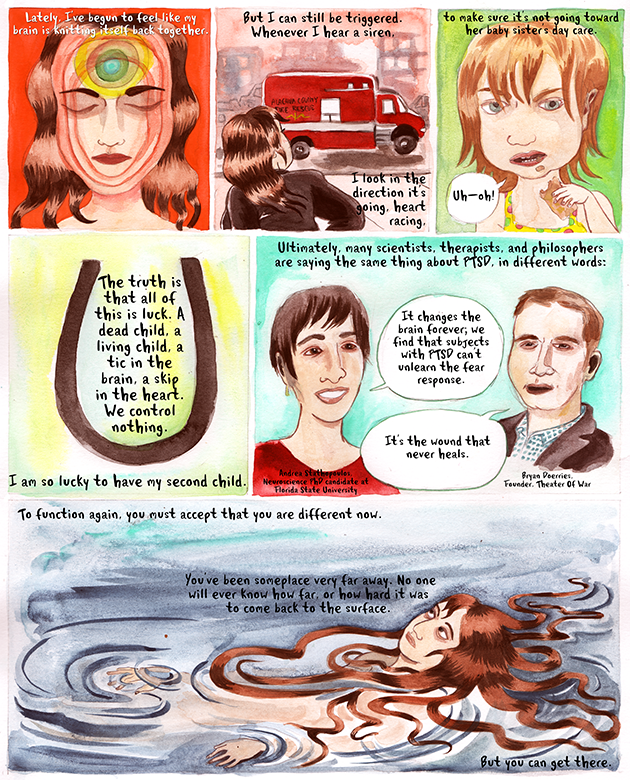 Leela Corman is an illustrator, cartoonist, and Middle Eastern dancer who lives in Gainesville, Florida, with her husband Tom Hart and their daughter, Molly Rose. Her works include We All Wish for Deadly Force (Retrofit), Flimflam, Queen’s Day(Alternative Books), Subway Series (Alternative Books), and Unterzakhn(Schocken/Pantheon).