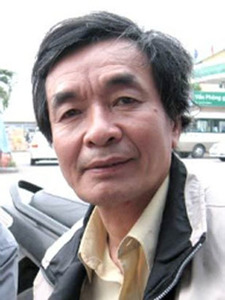 On Thursday, President Obama will meet with Vietnam’s President Truong Tan Sang in Washington as Vietnam continues to intensify a crackdown on free expression advocates in that country. PEN is currently tracking at least 26 cases of writers, poets, journalists, and bloggers who have been incarcerated in recent years, including Nguyen Xuan Nghia, who was arrested at the start of the crackdown in 2008 and is serving a six-year sentence.

Yesterday we sent a letter to the president, urging him to use the meeting to press for the release of Nguyen and the many others who have been imprisoned simply for what they have written. “As Vietnam begins to step more assuredly on the world stage,” the letter states, “we believe its leaders must be reminded that respect for essential freedoms such as freedom of expression is both a baseline requirement for full participation in the global community and an engine for long-term, sustainable growth.

The full text of the letter follows:

We are writing on behalf of the 3,350 members of PEN American Center, an organization of writers dedicated to protecting freedom of expression wherever it is threatened, to urge you to use the occasion of your upcoming meeting with Vietnamese President Truong Tan Sang to press for the release of the many writers currently imprisoned in Vietnam, particularly Nguyen Xuan Nghia, who is serving a six-year sentence for his writing.

As you are surely aware, the Vietnamese government has engaged in a serious crackdown against free expression and democracy advocates since the fall of 2008. Nguyen Xuan Nghia, a poet, journalist, essayist and novelist, and a founding member of Bloc 8406, a coalition of pro-democracy groups, is serving a six-year sentence for “conducting anti-government propaganda” under Article 88 of Vietnam’s penal code. The indictment against him, which was dated July 3, 2009, cites 57 pieces Nguyen wrote between 2007 and 2008, including poetry, literature, short stories, and articles that allegedly sought to “insult the Communist Party of Vietnam, distort the situation of the country, slander and disgrace the country’s leaders, demand a pluralistic and multiparty system…and incite and attract other people into the opposition movement.”

An appeals court in the northern port city of Haiphong upheld his sentence on January 21, 2010. He has been incarcerated since his arrest on September 11, 2008. In March 2012, Nguyen was transferred from the B14 labor camp in Ha Dong province to Labor Camp nr 6 Cell A, in Nghe An Province. The new detention facility is near the Laos border and is 400 km from his family’s home, making his wife’s visits even more difficult and costly. We understand that Nguyen, who is 64 years old, is in very poor health and is suffering from a number of ailments that may be exacerbated by his prison conditions.

Nguyen Xuan Nghia is just one of at least 26 cases that PEN is tracking in Vietnam. Another writer whose status has raised considerable concern is Nguyen Huu Cau, a poet, songwriter, human rights defender, and anti-corruption activist who has been held in appalling prison conditions since his arrest on October 9, 1982.Nguyen Huu Cau, who is 68 years old, is serving a life sentence for an allegedly “incriminating” manuscript of songs and poems. His health has deteriorated dramatically in recent years, especially after spending extensive time in solitary confinement. He has lost most of his vision and is almost completely deaf. Nguyen Huu Cau is being held at Forced Labor Camp K2 Z30A Xuan Loc, in Dong Nai Province.

We have attached a copy of PEN’s most recent Vietnam case list for your reference.

As an organization dedicated to promoting the free exchange of information and ideas around the world, we believe strongly in the importance of engagement and the power of cooperative relations to effect change, and we recognize that Vietnam’s development holds great promise for its own people and for the region. However, the cases of Nguyen Xuan Nghia, Nguyen Huu Cau, and many others like them are vivid reminders that development does not necessarily bring greater freedom or respect for human rights, and that the government of Vietnam appears as determined as ever to silence writers, critics, and academics for their dissenting views.

As Vietnam begins to step more assuredly on the world stage, we believe its leaders must be reminded that respect for essential freedoms such as freedom of expression is both a baseline requirement for full participation in the global community and an engine for long-term, sustainable growth. We urge you to use your influence to press these crucial cases when you meet with President Truong Tan Sang on July 25, and to impress upon him the importance of reforming the system to end censorship and permit Vietnam’s citizens full access to their fundamental right to seek, receive, and impart information regardless of frontiers.

Thank you for your attention to this important matter.