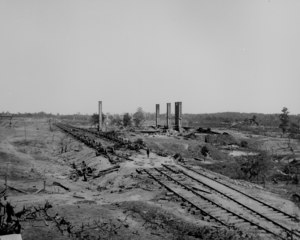 This week in the PEN Poetry Series, PEN America features a poem by Christopher Kempf.

To Pharaoh. Who founded
on the great river a system
of libraries the size


& splendor of which we are yet
to understand. To sweat
& to the lash his capital
rose from. Under
God. Begotten
of terror & force. To finance
the Athenian Parthenon, Pericles
raided the island of Melos & even
as its villagers surrendered slaughtered
in front of their families man
& dog. To smallpox. To pilgrims’
pride. Who pulled
through their pastures prayer-
book & harrow & who there,
on the bones of the natives, raised
Boston. To Wall
Street, which saw
across the continent plot
by plot & which brought
west ledgers. To level
& compass. The discovery
of writing, Lévi-Strauss says, begets
wherever it arises oppression. To every
medieval alley Haussmann
gouged through. To
the ravaged workers’ districts given
letter & number. From such
ruin tulips blossomed. Water
& light arrived piped
in from distant reservoirs. To violence avant
la lettre then. To the networks
of rail & sewer you
are reading this by. While
the Visigoths climbed
the outer walls, the Romans, one
nation, indivisible, danced
& watched together
the last gladiators raise,
in allegiance, their shields.

"When I was growing up, books were my all-access pass to the world." In this @BostonGlobe opinion piece, @reneeygraham says limiting access to literature, especially by authors of color, is yet another authoritarian tool polluting political discourse. https://bit.ly/3GVbvSJ