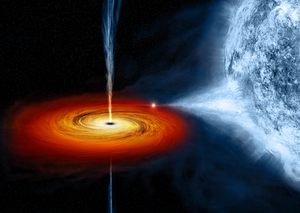 Zachary Ludington is the recipient of a 2014 PEN/Heim Translation Fund Grant for his translation of Pixel Flesh (Carne de Píxel), a haunting translation of a collection of prose poems by Agustín Fernández Mallo, who has pioneered an important shift in contemporary Spanish writing and paved the way for the birth of a new generation of writers. Read Ludington’s essay on translating Pixel Flesh here.

you didn’t know the Principle of Least Action by which light [everything in general] seeks the quickest route to travel between two points. We circled the city contradicting it as much as we could. We started at the end; in reality we didn’t move. We passed in front of a dig site [fiber optics, cables, 21st century communications], and I made a joke about the woman and the man they found holding each other in the excavation of Pompeii. The scene was in Journey to Italy: they found them while they were filming. Ingrid Bergman also had started crying then. Starting out from a memory equals starting from the end, memories are constructed for the last day even if their gene of past deceives us. In reality, we didn’t move. You offered me a Lucky [a phrase between your fingers], and in that kinematic appearance we found excess, the beauty to reach what, getting to the end, made us into something more than a phrase for the end, something more than a sonogram of a kidney, than an isotope, than a point of light that didn’t disappear because it never started out. Really the shortest possible infinite route.

little more than a theoretical

a hypothesis for observations that

could not be explained any other way.

for the first time,

we can see how space-time

around a black hole.

[not just vertically] there’s another way of seeing things. Sometimes rain in all its extension is a gauze that doesn’t fall, it just covers, at least when it doesn’t poke holes, when what hurts is so wide that you can’t see its curvature, when that instant is one of those gridded housing developments, ashy, sprouted from the Arizona desert in the service of a highway that no one drives by on anymore. But now you. I say you were crying and it was raining because I saw it in your eyes. But I didn’t see it. I say we circled the city because its curvature seemed limitless to me, because a person looks for what they don’t have in order to destroy it, because when we got to the port we saw boats I imagined us leaving in, because the air was heavy, ionized in opposites, because fiber optic cables never were more fiber and less optic, because a ditch never was so completely ditch, more visceral, less mathematical. But, more than anything, because rain and lava never were more equivalent matter [Ingrid Bergman also started crying when they found them]

This translation is available for publication.