The PEN/Voelcker Award for Poetry, established by a bequest from Hunce Voelcker, is given to a poet whose distinguished and growing body of work to date represents a notable and accomplished presence in American literature. The poet honored by the award is one for whom the exceptional promise seen in earlier work has been fulfilled, and who continues to mature with each successive volume of poetry. The award is given in even-numbered years and carries a stipend of $5,000.

From the judges’ citation: “Rigoberto González is one of our great mythmakers, cutting to the core of historical narratives and present-day calamities, exposing the faultlines of greed and violence, love and hunger, cruelty and corruption, family and tribe that pattern human experience. His exquisitely crafted lines and stanzas create prismatic structures, in which past and present reflect and refract each other, by turns surprising and inevitable. The son and grandson of migrant farm workers, and claiming a cultural heritage of lyricism and activism, he is attuned to the voices of the dead and the living, and he counsels us, ‘To reach the dead / walk toward the structures still standing, / their windows still looking in.’ There is perhaps no greater champion of Latinx poets and poetry than Rigoberto González. He has devoted his writing life not only to the development of his astonishing voice as a poet and nonfiction writer, but to his astute and discerning craft as a reviewer and steadfast advocate for other Latinx voices. He has served as a faculty member of CantoMundo, a founding member of the Advisory Circle of Con Tinta, a collective of Chicano/Latino writers, and a monthly columnist on Latino literature for NBC Latino online, as well as critic-at-large for the Los Angeles Times. From him, we are continually reminded of the political intervention and community formation that can arise from reading closely and proclaiming the praises of one another’s work rather than succumbing to the myth that there is only room for a select few of us in the spotlight. He enlarges every space he enters with his words and invites other writers in to enlarge their own practice and poetics with him.” 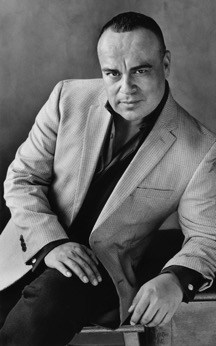 Nominations for this award are solicited from current Professional Members of PEN America in good standing. Each year’s judging panel takes this nominations into consideration when deciding upon their winner.