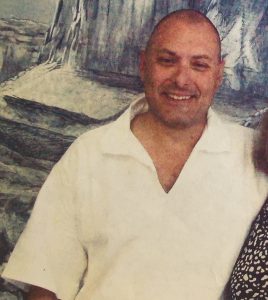 The PEN Ten is PEN America’s weekly interview series. This week Caits Meissner, PEN America’s Prison and Justice Writing Program manager, speaks to Matthew Mendoza, who was awarded First Place in Poetry and Second Place in Drama in the 2018 Prison Writing Contest. His work has been published in Atlanta Review, Big Muddy, and Comstock Review.

1. How does your identity shape your writing? Is there such a thing as “the writer’s identity?
My identity as a writer comes from being an outsider. I am mixed. I was born in Santa Barbara, California, and raised in rural Oklahoma. I have been a bartender, a car salesman, an addict, and a felon. These identities shaped me as much as the books I’ve read and the incredible mentors that I’ve had. I never recovered from my identity as a permanent outsider. I’m not sure that I want to. Amor fati, and all that. What makes us interesting as artists and writers—as people—is that we accumulate these pieces of our personalities and share them through our work.

3. Writers are often influenced by the words of others, building up from the foundations others have laid. Where is the line between inspiration and appropriation?
Inspiration has almost nothing to do with writing. When I was younger there was no line between inspiration and appropriation. I wasn’t responsible for the closing of any bookstores, but I was inspired to appropriate books of plays and poems. Books were my shelter—they still are—and those slender Signet editions of Tennessee Williams plays fit so easily in the pockets of my cargo pants. If one wanted to source my love of drama and articulate women, they could start there.

4. “Resistance” is a long-employed term that has come to mean anything from resisting tyranny, to resisting societal norms, to resisting negative urges and bad habits, and so much more. Is there anything you are resisting right now? Is your writing involved in that act of resistance?
Once I resisted writing about prison. Now, I resist resisting. My best writing is about moments of magical awareness. I refused to give voice to the monotony, the bullying and violence that make up prison life. As more of my life is swallowed by my sentence, I realized how important it is that people understand mass incarceration and America’s war on minorities and the poor. People need to know how district attorneys manipulate grand juries and how plea bargains are used to push defendants into sentences that they would otherwise fight. The fear of life in prison is a powerful tool.

“My best writing is about moments of magical awareness. I refused to give voice to the monotony, the bullying and violence that make up prison life.”

5. What do you consider to be the biggest threat to free expression today? Have there been times when your right to free expression has been challenged?
The Texas Department of Criminal Justice has the power to seize anything that I write for any reason. My play “Freedom Feather” came under scrutiny. I had to remove the word “escape.” The play is about an inmate that may or may not have turned into a bird and flew away.

And it’s not just the inmates whose right to free expression is threatened. TDCJ has banned over 15,000 books and authors. That number is insane.

Technology is also a threat to free expression. As a caged writer, I don’t have internet access. Fewer and fewer journals and magazines accept submissions by mail. The inclusivity that we hear so much about excludes the aged, the homeless, the infirm, the locked-up, the poor, and anyone who wants to live screen-free. Let the gatekeeper be ability not access.

6. What’s the most daring thing you’ve ever put into words?
A life worth living takes courage. I try to include that kind of courage in everything that I write.

7. Have you ever written something you wish you could take back? What was your course of action?
Yes. There was nothing to do but live with the regret, sorrow, and shame.

8. In an era of deep fissures and divides across the American landscape, to what extent can the act of writing provide connection between disparate identities? What are the possibilities for writing to bridge difference-or conversely, what are the limitations?
I love that there are so many diverse voices and that those voices can expose our shared truths. Faulkner recognized that verities cross all divides. The stage is big. We don’t have to push anyone off as we climb on.

9. Can you tell us about a piece of writing that has influenced you that readers might not know about?
I depend on free books to inmates programs like William Percy Foundation, Inside Books Project, and Books To Prisoners. I just received the plays of Sophocles and Aristophanes. The plays are classics, but they are exciting and new to me.

10. If you could require the current administration to read any book, what would it be?
Because of Donald Trump’s need to be president at all costs, his legacy will be the number of his supporters who will spend time in prison. Can I recommend the Constitution?

The PEN Ten with Hannah Howard

The PEN Ten with Elizabeth Hawes