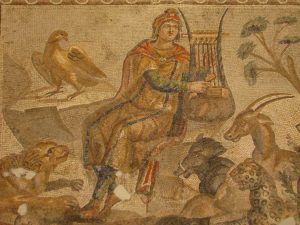 Long before we were able to articulate our thoughts, we expressed joys and sorrows by singing. Patterns emerged, becoming language and making the world intelligible. That’s why the ancients depicted Orpheus, demi-god and singer, playing his lyre with animals around him in a peaceable kingdom, and it’s why we chose the lyre on the award medallion.

There is an unbroken lineage from that breakthrough Orphic moment, down through all the bards, troubadours, and balladeers to the present. Every literary genre is a tributary of that great river.

Please check back for details on the next Award this fall. 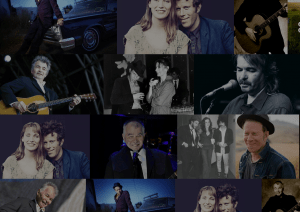 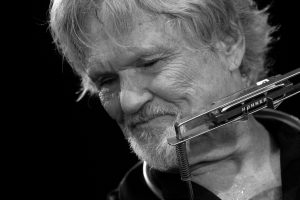 Come and lay down by my side
till the early morning light
All I’m takin’ is your time.
Help me make it through the night.

Kris Kristofferson is the distinguished writer of such hits as “Me and Bobby McGee,” “For the Good Times,” “Sunday Mornin’ Comin’ Down,” and “Help Me Make It Through the Night.” Throughout his career, Kristofferson’s songwriting has garnered 48 BMI Country and Pop Awards, plus three Grammy awards and a Grammy Lifetime Achievement Award. In 2003 Kristofferson was awarded the First Amendment Center/AMA “Spirit of Americana” Free Speech Award, and in 2004 he was inducted into the Country Music Hall of Fame. 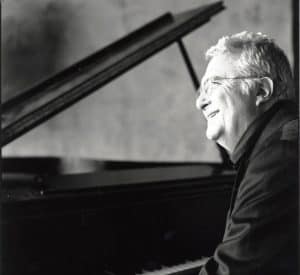 Randy Newman has been writing songs professionally since the age of seventeen. His sometimes wry, sometimes satirical, and often heartfelt songs include the hits “I Think It’s Going to Rain Today,” “Short People,” “You Can Leave Your Hat On,” “Mama Told me (Not to Come),” and “Louisiana 1927.” Newman is also a renowned film composer, scoring music for the films Ragtime, The Natural, Pleasantville, Seabiscuit, Monsters Inc., the Toy Story films, and many others. His songs and musical scores have earned two Academy Awards, three Emmys, six Grammy Awards, and, in 2002, the prestigious Governors’ Award from the Recording Academy. He was inducted in the Songwriters Hall of Fame in 2002 and into the Rock and Roll Hall of Fame in 2013. 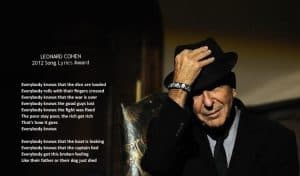 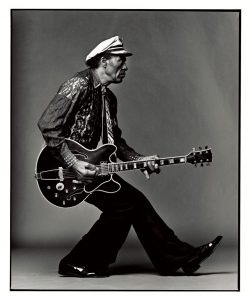 “Take what we used to refer to as a boy and a girl and set them down in an automobile, front seat or back, and you have the essence of rock’n’roll. That realization was Chuck Berry’s great gift to our culture. He helped people in the U.S. make sense of themselves. He also helped people like me in Ireland who knew in our hearts we belonged in the U.S. make sense of ourselves. What a thrill to honor one of the inventors of a genre that has quietly outlived so many of its loudest critics.” —Paul Muldoon

Chuck Berry is one of the pioneers of rock and roll music, and writer of the hits “Promised Land,” “Maybellene,” “Roll Over Beethoven,” “Rock and Roll Music,” “Johnny B. Goode,” “No Particular Place to Go,” “You Never Can Tell,” and “Nadine.” His distinctive guitar style, narratively rich lyrics, and lively showmanship influenced generations of musicians, including the Beatles and the Rolling Stones, and helped transform the sound and appearance of popular music for years to come. Commenting on the breadth of Berry’s influence, John Lennon famously said, “if you tried to give rock and roll another name, you might call it ‘Chuck Berry’.” 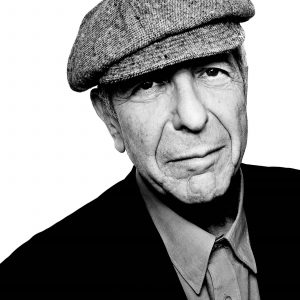 “As for Leonard Cohen, I got into conversation with an usher during the intermission at one of his New York concerts a couple of years ago. I asked her how she liked the show. She liked it okay, she confessed, but wondered what kind of music this was. I said I was pretty sure it was the best kind. I’m still pretty sure of that.” —Paul Muldoon

Leonard Cohen is a poet, novelist, and singer songwriter famous for writing and recording such classic songs as “Bird on a Wire,” “Suzanne,” “So Long, Marianne,” “Sisters of Mercy,” “Chelsea Hotel #2,” “Everybody Knows,” and “Hallelujah.” His poems have earned wide acclaim, and Michael Ondaatje called Cohen’s 1966 cult novel Beautiful Losers “the most vivid, fascinating and brave modern novel I have read.”