PEN Raises the Alarm: Reports of Secret Trial and Conviction in Tohti Case 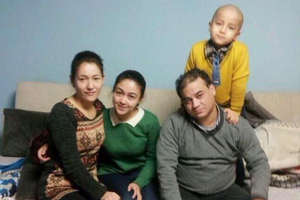 PEN American Center is deeply troubled by reports that jailed Uyghur scholar and 2014 PEN/Barbara Goldsmith Freedom to Write Award winner Ilham Tohti has been sentenced to a “heavy” jail term in a secret trial in China. If corroborated, this action will mar an already declining human rights record in China, where free expression is ostensibly protected under Article 35 of the Chinese Constitution.

On June 16, The Guardian reported that Tohti’s lawyer, Li Fangping, had received reports from two sources indicating that his client had been tried and convicted in secret overnight. PEN is working with sources in both the U.S. and China to seek confirmation of the reports and will continue to provide updates on his case as they become available. We remain gravely concerned for Tohti’s health and safety.

A prominent writer and member of Uyghur PEN, Tohti was arrested at his apartment in Beijing on January 15, 2014, after speaking out about human rights violations against the Uyghurs on his website, Uyghur Online.  He was held in secret for a month before his family received notification that Tohti is imprisoned in the Xinjiang Uyghur Autonomous Region, thousands of miles from his home, on spurious charges of separatism. He has since been denied access to his lawyer, in violation of Chinese law, and remains detained without contact to the outside world.

In a poignant statement prepared last July for release in the event of his arrest, Tohti predicted his own fate: “I have realized that I don’t have too many good days ahead of me and I have a feeling that the Chinese government may not have the best intentions in dealing with my situation… I am almost confident that the Chinese government is trying to get rid of me this time.”

More than 500 writers joined PEN’s May 2014 petition demanding Tohti’s immediate release, which provoked a rare response from Beijing. We continue to stand in solidarity with Ilham Tohti and his family, maintaining his innocence and right to advocate peacefully for equality in China.

Founded in 1922, PEN American Center is an association of 3,500 American writers working to break down barriers to free expression worldwide.

Rana is being deliberately targeted by a coordinated harassment and disinformation campaign, but she refuses to be silenced.