In advance of their PEN Out Loud event on March 19 at the Strand Bookstore, Bernardine Evaristo (Girl, Woman, Other) and Safiya Sinclair (Cannibal) spoke with us about their writing process, the importance of freedom of expression, and books we should be reading.

NOTE: Due to concerns about coronavirus, Bernardine Evaristo’s publisher has canceled her U.S. tour. PEN America and the Strand are therefore unable to present her as planned in the PEN Out Loud event on March 19. We understand Bernardine was looking forward to being face to face with American readers, and we share her disappointment. 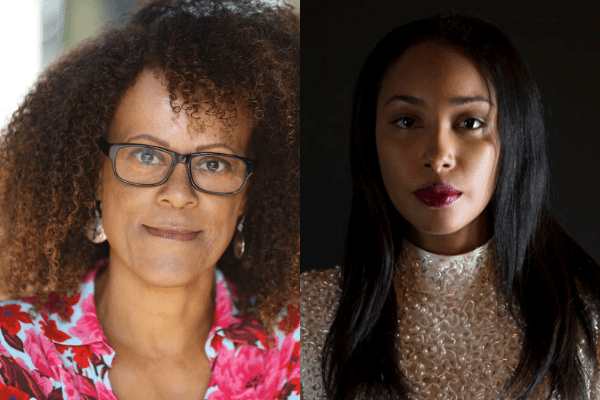 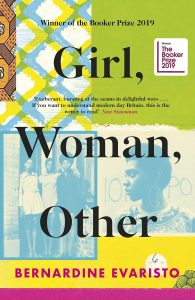 1. Why do you think it is valuable for writers to be in conversation with each other about their work and current events through series like PEN Out Loud?

The series connects writers across genres, cultures, nationalities, and a host of other perceived differences and identities, which is always fertile territory for discovery and exciting conversation. Writing is usually an isolated practice where we go into ourselves and live in our imaginations, and for many of us, it’s also important to get out there, explore, and test our creativity and ideas with our peers and society at large. I find these kinds of conversations incredibly enriching and stimulating.

2. What does PEN America’s work defending freedom of expression mean to you?

It’s a fundamental human right. I cannot imagine living in a society where I do not have the kind of creative freedom I’ve taken for granted all my life. PEN’s work is not only important, but it’s essential for those writers who are persecuted, and for everyone who values the gift of literature in our societies.

3. What does a typical writing session look like for you?

I’m not sure I have one. It usually involves spending as much time away from my desk as I spend sitting at it, and it involves trying to ignore a hundred urgent emails awaiting my attention. I really need to work on a computer where I don’t have the internet. Epiphany!

“I cannot imagine living in a society where I do not have the kind of creative freedom I’ve taken for granted all my life.”

4. What behind-the-scenes snippet in your life would probably surprise your readers the most?

5. What are five books you suggest for recommended reading?

Twisted by Emma Dabiri (Don’t Touch My Hair in the UK)
Sensuous Knowledge: A Black Feminist Approach for Everyone by Minna Salami
The Confessions of Frannie Langton by Sara Collins
Ordinary People by Diana Evans
Queenie by Candice Carty-Williams 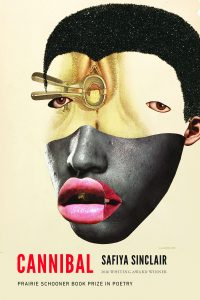 1. Why do you think it is valuable for writers to be in conversation with each other about their work and current events through series like PEN Out Loud?

There is nothing more crucial in a free society than the exchange of radical ideas. Nobody’s work happens in a vacuum, and I think great literature flourishes best when books and authors are in rigorous dialogue with each other. Having writers who share literary histories and influences come together and divine each other’s creative roots, forms its own kind of visionary space. There is immutable force in these literary conversations, and events like these only help us thrive.

2. What does PEN America’s work defending freedom of expression mean to you?

It means a great deal. If all writers around the world are able to be audacious in their thinking and rebellious in their writing without fear of retribution or censure, then we, the readers of the world, will be rewarded with more literature that disrupts imperial systems, interrogates history and hegemony, challenges the heteropatriarchy, and imagines a more expansive and transgressive future. What could be more vital than that?

3. What does a typical writing session look like for you?

I’m an inveterate night owl, and I can only write once a certain set of (neurotic) conditions are met. I need to have a barrier of about one hour between me and my last human interaction to be in a creative headspace, and I need to be in absolute quiet. To be able to hear the work clearly, I need to feel like I’m the only person awake in the world. Very early on as a teenager, I realized that this meant writing at night. So, my typical writing session begins around 10-11pm and goes into dawn, ending around first light at about 6am. I do my best writing in this witching hour.

“There is nothing more crucial in a free society than the exchange of radical ideas.”

4. What behind-the-scenes snippet in your life would probably surprise your readers the most?

I’m a huge video game nerd, and I love playing RPGs—my favorite of which is the Final Fantasy series. Right now, I’m trying to get enough writing done on my new book so that I can play the new Final Fantasy VII remake in April without guilt.

5. What are five books you suggest for recommended reading?

It’s impossible to only choose five! Some of the books that shaped and sharpened how I see the world and helped me evolve as a poet and thinker are Audre Lorde’s Sister Outsider, Toni Morrison’s The Bluest Eye, Anne Carson’s Autobiography of Red, Sylvia Plath’s Ariel, and Gabriel García Márquez’s One Hundred Years of Solitude.

"I see everything through the lens of race and color." We spoke with author Margaret Wilkerson Sexton about her book THE REVISIONERS, which seeks to explore the historic divide between white women and black women in this country: https://bit.ly/2BmRhnR.

“I’ve really never seen anything like this.” Reporters and news photographers describe being roughed up, arrested, and shot with projectiles while covering demonstrations across the country.
https://nyti.ms/3gPjF29