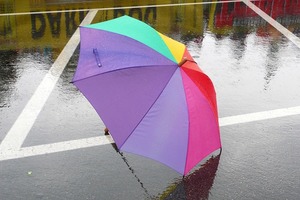 As pro-democracy protests enter their third week in Hong Kong, Beijing’s efforts to suppress information on and support for the occupy movement have extended to PEN’s ranks as Independent Chinese PEN Center member Wang Zang was arrested on October 1 for a Twitter post supporting the Hong Kong protests.

Poet and human rights activist Wang Zang was detained by Beijing police late Wednesday night at the conclusion of a poetry event. The next morning, his apartment was searched by police and his laptop, umbrella, and documents confiscated. According to police, Wang Zang was arrested for tweeting a photo of himself holding an umbrella in support of the Hong Kong democratic movement. Given his reported assault and other mistreatment by security police in the past, PEN is gravely concerned for Wang Zang’s safety.

“The arrest of Wang Zang is a clear violation of Chinese commitments to international free expression norms and protections,” said Dominic Moran, Director of Free Expression Programs at PEN American Center. “Peaceful activism is neither a threat nor a crime.”

Wang is one of tens of alleged activists arrested in recent days. Their detentions reflect both a deepening crackdown on dissent and ongoing efforts by the Chinese government to prevent accurate information on the protests from reaching mainland China. Sina Weibo accounts and posts on the demonstrations have reportedly been blocked or deleted, while broadcasts on state-controlled Dragon TV misrepresent the Hong Kong protestors as rallying in support of regional unity. Citizens in Hong Kong can still upload photos to Instagram, but protest images are reportedly blocked on mainland China with the error message “Can’t refresh feed.”

Recent government moves violate Hong Kong’s Basic Law, which states that China “shall safeguard the rights and freedoms of the residents” and protect the right of the territory to develop its own democracy without the interference of central government.