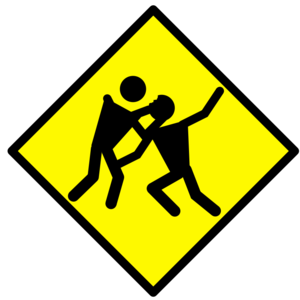 Imagine trying to watch a video that a friend has shared with you on social media. Your friend tells you that the video has content that has never before been seen—testimony of a writer’s plight that is intended to be shared with the world for the first time. But the video takes too long to download, you can barely make out the writer’s image, and her voice comes through slowly as the video rebuffers to assemble the information. You suspect that something is important on the video but you’re not exactly sure what; pressed for time, you close the window and click on a video that is crisp and clear, Beyoncé’s latest song.

This frightening scenario may soon become reality if we do not preserve net neutrality. Thankfully, PEN American Center was able to share a video of Liu Xia reading her poetry under house arrest in China and viewers around the world were able to watch it. But such an action may no longer be possible now that a federal court has hampered the FCC’s ability to keep the Internet open. Key operators of Internet infrastructure can now begin giving priority to customers that pay more for their services. This means that a video posted by a human rights organization wouldn’t stand a chance against one uploaded by a major record label with deep pockets. Writers on the margins who are pressing for free expression would find their articles and testimonies relegated to the slow lane on the information super highway.

Today, PEN American Center joined the fight to keep the Internet open and promote the free flow of ideas in a letter to the FCC along with a coalition of advocacy groups. An open Internet is essential for creative freedom, and we can’t allow the gate-keepers of the net to privilege some information based on money alone. The principle of net neutrality has fostered a staggering array of ideas and innovations and we need to keep the Internet open.

You can take action now and contact your representative here.

Here is the full text of the letter:

The D.C. Circuit’s decision in the Verizon case dealt a huge blow to the open Internet.

Right now there is no one protecting Internet users from ISPs that block or discriminate against online content. Companies like AT&T, Time Warner Cable and Verizon will be able to block or slow down any website, application or service they like. And they’ll be able to create tiered pricing structures with fast lanes for content providers and speakers who can afford the tolls — and slow lanes for everyone else.

It’s time for the new FCC leadership to correct the agency’s past mistakes and reassert its clear authority over our nation’s communications infrastructure. To preserve the open Internet, the FCC must reclassify the transmission component of broadband Internet access as a telecommunications service.

FCC Chairman Tom Wheeler recently argued that “it is essential that the FCC continue to maintain an open Internet and maintain the legal ability to intervene promptly and effectively in the event of aggravated circumstances.” We agree. The court’s decision provides a road map for the agency to move in a positive direction and reclaim its authority to protect the open Internet.

The FCC must move to reclassify broadband services under Title II of the Communications Act.

The full list of the advocacy coalition is available here.