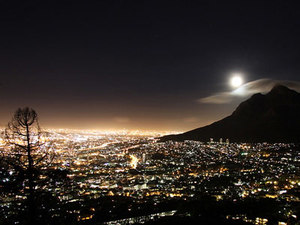 PEN contributed two more submissions—one on Bahrain and one on Ecuador—to the Universal Periodic Review at the UN, the process that reviews the human rights record of all member countries every four years.

Our submission on Bahrain examined the country’s brutal crackdown on free expression that began in February 2011 (but had its origins much earlier), during which bloggers, writers, and poets were arrested and frequently tortured. On Ecuador, PEN joined the Committee to Protect Journalists and Fundamedios to issue a submission focusing on the deteriorating climate for press freedom under President Rafael Correa. In the five years since he was elected, Correa has used criminal defamation laws to send prominent journalists to jail, sued journalists for millions of dollars, and commandeered the media, leading to death threats for journalists.

Meanwhile, South Africa faces a grave threat to freedom of expression as the ruling African National Congress rammed a draconian information bill through the National Assembly, despite assurances the party would seek civil society input. The Protection of Information bill would eliminate whistleblower protections, force journalists to reveal their sources, and criminalize the withholding of classified information. The bill does not allow for a ‘public interest defense,’ meaning that journalists would not be protected for leaking information even when exposing government corruption or misconduct. President Jacob Zuma is expected to sign the bill into law. South African PEN and International PEN issued a joint statement here.

In another troubling development, ANC spokesman Mac Maharaj—investigated for his role in a multibillion rand arms deal—has filed criminal charges against Mail & Guardian journalists Sam Sole and Stefaans Brümmer, citing a rarely-used provision of the National Prosecuting Act. Maharaj’s invocation of the clause has alarmed civil society groups about the potential abuse of the Protection of Information bill, which would make such charges that effectively chill speech even easier to file.

South African PEN joined the Right2Know campaign in staging nationwide protests on Tuesday. The campaign is called Black Tuesday and is named in honor of Black Wednesday, when several newspapers were banned by the apartheid state and leading journalists were imprisoned on October 19, 1977.

South Africa’s human rights record will be reviewed by the UN Human Rights Council in May 2012, and PEN will be making a UPR submission detailing a range of threats to freedom of expression in that country as well.

We will be posting PEN’s submissions to the UN, including our submission on South Africa, in the coming weeks.