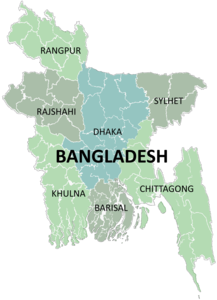 NEW YORK—PEN American Center welcomes the exoneration of 22 people on contempt of court charges brought by Bangladesh’s International Crimes Tribunal No. 2 for the simple act of making a statement, but expresses concern at the unwarranted conviction of Dr. Zafrullah Chowdhury on the same charges. PEN further notes that it is unfortunate that contempt proceedings were drawn against them, as these 23 individuals had done nothing more than endorse a statement expressing concern at a ruling of the tribunal, an act clearly protected by the right of freedom of expression enshrined in Article 19 of the International Covenant on Civil and Political Rights (ICCPR), to which Bangladesh is a state party.

Dr. Chowdhury was sentenced to one hour in the dock in the courtroom and a fine of 5,000 taka (about 64 USD) by the Tribunal. The Tribunal justified their conviction of Dr. Chowdhury by noting that he had previously been cautioned in an earlier contempt proceeding. The 22 exonerated individuals were given a “serious caution,” but the Tribunal did not convict them, noting that this was the first time they had been charged with contempt.

The contempt proceedings against the 23 individuals arose out of the earlier prosecution of British journalist David Bergman, who was found guilty in December 2014 of contempt of court by Bangladesh’s International Crimes Tribunal No. 2 for two articles he wrote that criticized an earlier judgment regarding the in absentia trial of one person convicted of crimes against humanity. The Tribunal stated that “free expression can be exercised in good faith and public interest” but found that Bergman has “neither good faith nor an issue of public interest” in his writings. The Tribunal did not provide reasons for finding a lack of good faith in Bergman’s case, and its judgment cannot be appealed.

The Tribunal took a particular interest in Bergman’s queries about the court’s statement that three million people died in Bangladesh’s 1971 war for independence. On his blog, Bergman had questioned the Tribunal’s treatment of this figure as the established death toll from the war, referencing several independent published studies by national and international scholars that provided somewhat different estimates. Though the Tribunal, set up to try cases of crimes against humanity arising from the 1971 war, did not find him guilty of contempt for writing about the numbers, it strongly criticized him for doing so, stating that his analysis “hurt the feelings of the nation.”

In response, 50 academics, writers, and human rights and cultural activists signed a statement of concern about Bergman’s conviction and “about the use of contempt of court law to curb freedom of expression,” affirming that “it falls within any person’s right to examine and comment on the differing historic narratives about the 1971 liberation war, including the official ones, and that all institutions including the judiciary should welcome a fair share of commentary and rigorous analysis.” The statement was published in the largest Bangla-language daily paper, The Prothom Alo, on Dec. 20, 2014, and in several other newspapers. In January, the Tribunal served notice to the signatories asking them to ‘explain’ their statement because it questioned the Tribunal’s “transparency and openness.”

This act of the Tribunal in itself directly threatened free expression by sending a message to the statement’s signatories and to all citizens of Bangladesh that such criticism of the court would not be tolerated. The Tribunal’s actions also contravene the right of freedom of expression enshrined in Article 19 of the ICCPR.

One statement-maker wrote to the papers to “withdraw” her name from the statement just before the Tribunal sought the explanation. Over the following two months, 26 of the statement-makers made an unconditional apology in writing to the Tribunal. The Tribunal accepted these apologies. However, despite the remaining 23 statement makers expressing their regret for any unintended offense caused, the Tribunal pressed forward with the charges of contempt, ultimately convicting Dr. Chowdhury.

“The contempt proceedings drawn by the International Crimes Tribunal against the 23 individuals and the conviction of Dr. Chowdhury is unfortunate,” said Karin Deutsch Karlekar, director of PEN’s Free Expression Programs. “It creates an impression that room for dissent in Bangladesh is diminishing. Issuing a statement criticizing a judgment is not a crime; it is an exercise of the fundamental right of freedom of speech and expression as guaranteed by Article 39(2) of the Constitution of Bangladesh to all its citizens.”