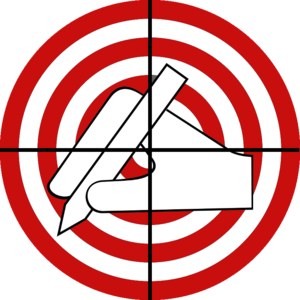 In this series of posts, we’ll demonstrate how we use the PEN Declaration on Digital Freedom to defend writers, bloggers, and activists. PEN members approved the Declaration in Gyeongju, Korea as a concise statement of PEN’s position on threats to free expression in the digital age. Each brief case study provides background information, a discussion of how the Declaration applies to the facts, and a recommendation for resolving the threat to free expression. You’ll find a link at the end of the post that tells you how you can take action.

On December 24, 2012, writer Turki al-Hamad was arrested in Saudi Arabia for posting several tweets on Twitter in which he criticized Islamists. Al-Hamad is a political analyst and a highly respected author and novelist who was jailed in his youth for political activism before moving to the U.S. for graduate school. He has been previously denounced by clerics in Saudi Arabia for his novels, which are banned, and he reportedly received several death threats in 2003.

In June 2012, editor Raif Badawi was arrested and charged with apostasy for his online writings after organizing a conference to mark a “day of liberalism.” The conference, which was to have taken place in Jeddah on May 7, was banned by the authorities. On December 17, 2012, Badawi appeared before the district court in Jeddah and was charged with “setting up a web site that undermines general security,” “ridiculing Islamic religious figures,” and “going beyond the realm of obedience.” It is reported that during the hearing the judge prevented Badawi’s lawyer from representing him in court. Badawi is a co-founder and editor of the Liberal Saudi Network, a website and online forum created to foster political and social debate in Saudi Arabia.

Both al-Hamad and Badawi faced charges of blasphemy and apostasy, two crimes which may be punished by the death sentence.  Badawi’s case was referred to a lower court and the charge of apostasy was reportedly dropped on January 23, 2013.

Here is the full text of Article 1 of the Declaration:

1. All persons have the right to express themselves freely through digital media without fear of reprisal or persecution.

a. Individuals who use digital media enjoy full freedom of expression protections under international laws and standards.

b. Governments must not prosecute individuals or exact reprisals upon individuals who convey information, opinions, or ideas through digital media.

c. Governments must actively protect freedom of expression on digital media by enacting and enforcing effective laws and standards.

Article 1 of the Declaration addresses the targeting of individuals by governments for their writings on digital media “without fear of reprisal or persecution.” Governments must not prosecute individuals who express themselves under 1(a) and have a duty under 1(c) to actively protect those who express themselves in digital media. Both Turki al-Hamad and Raif Badawi were arrested for their online writings. Neither writer advocated violence or hatred, the only exception to Article 1, under “international laws and standards.” The government of Saudi Arabia accordingly violated the Declaration.

The government of Saudi Arabi should release al-Hamad and Raif Badawi and drop all charges.

Find out more and take action: