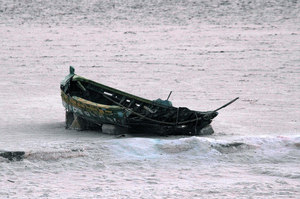 South Africa continues to experience major free expression battles. Delegates from Sweden, Britain, Canada, the Netherlands, Norway, Spain, Switzerland, and the U.S. grilled South African delegates about its so-called “Secrecy Bill” during its review. The proposed Protection of Information Bill is ostensibly designed to cure defects in an old apartheid-era law, but its vague and overbroad provisions would criminalize the disclosure of information while denying a robust public interest defense for whistle-blowers. The governing ANC party at first opposed any changes in the bill but has since compromised on several provisions. In yet another gripping free expression debate, the government has protested a satirical painting in a private gallery that depicts President Jacob Zuma with his penis exposed.

The Kingdom of Bahrain was celebrated as a poster-child for the Human Rights Council following its 2008 review, during which it committed to various reforms with the help of a formidable public relations team. However, the violent February 2011 clampdown on opposition protests violated these commitments and the country continues to arrest activists based on the content of their speech. PEN international hosted an informational side session in Geneva to raise awareness about Dr. Abduljalil al-Singace, who was granted a May 21 retrial by a civilian court after having been handed a life sentence for peaceful opposition activities by a military court in September 2011, and Abdulhadi al-Khawaja, a human rights defender, academic, and blogger who recently ended a hunger strike. Members of the Human Rights Council recommended that Bahrain commit to protecting freedom of speech and assembly as well as end the use of torture. Importantly, the U.S. delegation roundly criticized Bahrain’s record on freedom of expression, despite the fact that a major fleet of the U.S. Navy is stationed in the country and the U.S. recently resumed arms shipments to Bahrain. (Click here to read PEN’s letter to Secretary of State Hillary Clinton on this matter.)

PEN International partnered with the International Freedom of Expression Exchange network (IFEX) to submit a briefing to the UN on Tunisia, a country which experienced dramatic changes during the Arab Spring. The country has since acceded or ratified several human rights treaties and is gradually restructuring its historically repressive security apparatus. At least on paper, NGOs are able to freely register and become active. Once again, the council recommended that Tunisia take stronger measures to protect freedom of the press, assembly, and expression. (For more on free expression in Tunisia today, read our interview with activist Sihem Bensedrine.)

What’s next? After being examined at the Human Rights Council, each country has until September to officially accept or reject recommendations. But the dialogue has begun.