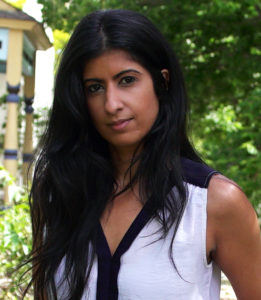 Viniyanka Prasad (she/her) is the founder of The Word, A Storytelling Sanctuary, a nonprofit organization fighting the dehumanizing effects of cultural erasure using the literary arts. She serves on a variety of arts committees, including appointment to the Denver Commission on Cultural Affairs, and speaks regularly on issues of equity and representation. In addition to her literary arts work, Viniyanka is a public criminal defense attorney whose commentaries have been included in the Chicago Journal of International Law and presented to committee at the United Nations. 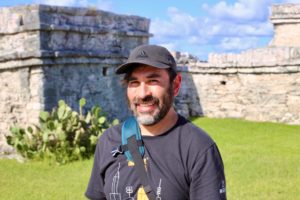 Manuel Aragon is a Latinx writer, director, and filmmaker from Denver, CO. He is currently working on a short story collection, Norteñas. Norteñas is a collection of speculative fiction short stories centered in the Northside, a Mexican and Mexican-American centered part of Denver, and the people, ghosts, and demons that live there.
His work has appeared in ANMLY. His short story, “A Violent Noise,” was nominated for the 2020 PEN/Robert J. Dau Short Story Prize for Emerging Writers. He is a 2021 Periplus Collective Fellow.

He is a graduate of NYU’s Maurice Kanbar Institute of Film and Television. His film work – writing and directing – has been featured on MTV, Pitchfork, and Stereogum. He most recently won the CineLatino Pitch Latino Award for Emerging Filmmakers with his web series, Welcome to the Northside, a comedic take on gentrification and Latino displacement in North Denver. 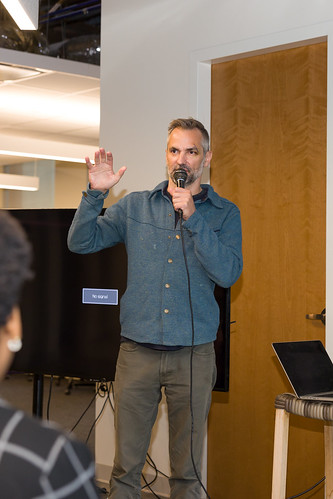 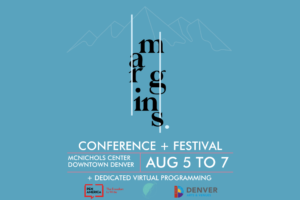 PEN America Denver is proud to co-sponsor of two panels at the [margins.] Literary Conference, bookfair, and literary festival. 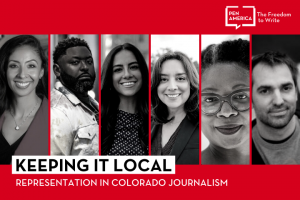 This town hall, presented in partnership with Open Media Foundation, will explore representation in Colorado in journalism. 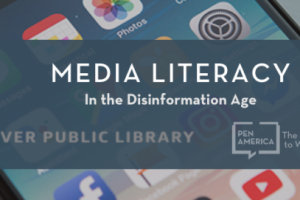 Join PEN America and the Denver Public Library for a two-part live and interactive media literacy webinar on Tuesday, August 11 and 18 at 4pm MT.