Each year, the PEN/Laura Pels International Foundation for Theater Award confers upon an American playwright in mid-career, with an outstanding voice working indisputably at the highest level of achievement, a $10,000 cash prize. The award was developed to reflect Laura Pels’s dedication to supporting excellence in American theater, as well as PEN America’s commitment to recognizing and rewarding the playwright’s literary accomplishments.

Jackie Sibblies Drury is an artist who gives voice to the voiceless, exploring freshly investigated worlds from the inside out so that they become part of the natural landscape of the theater. With courage, steadfastness, and thoughtfulness, she shifts the theater panorama to encompass new vistas of race, class, and exploded perspective into what traditionally have been rigid environments.

Sibblies Drury is exceptional among her peers in her finely honed ability to innovate in both form and content simultaneously. The underlying thread that ties these impulses together is her clear interest in jolting the audience into fresh awareness, both of the issues she explores in the plays and of the nature of the theatrical event itself. Her plays make the case that the dynamism and circularity of the theatrical experience cannot be easily duplicated in other media. With deep insight, brutal honesty, and wild invention, Sibblies Drury cracks open the audience’s biases and expands their imaginations. The panorama of theater transforms and invites theater-goers into a normalcy that had hitherto been pressed into the margins. It, however, is the true universal. Sibblies Drury brings it to the fore with imagination and inventiveness that make no apologies. With a deft hand, stark vision, and genuine ardor, she asks the world to make itself comfortable in the fruitful discomfort she creates. Sibblies Drury brings thorough intellectualism balanced with emotional timbre to her artistic expression. The judges are honored to illuminate her work with this award. We hope that she continues to open doors to colorful worlds, inviting the theater-goers of America to the realities—and the challenges—of a polycultural reality. 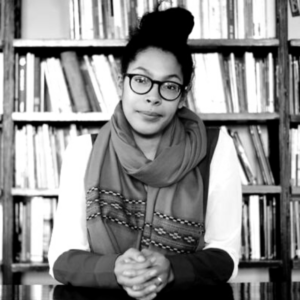 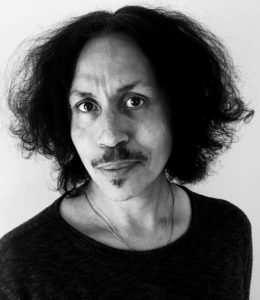 “Daniel Alexander Jones is a multidisciplinary artist whose consummate talents have taken the work he has done primarily as his alter ego Jomama Jones from theaters in Soho to concert halls in Europe. In a time when conservatism, queerphobia, and anti-Blackness moved not only through our country but throughout our industry, Jones has continued perfecting a dramaturgy all his own based in the traditions of Africana studies, performance studies, queer theory, and mysticism, challenging established traditions while creating space for audiences to ponder what theater is and who it is for. Like in Jones’s three-part memoir/pageant Duat, wherein he takes the audience on a journey from his childhood library to a spiritual rumination on the afterlife, we might end up combining the artist’s dramaturgical understanding of mysticism with his other significant contribution to the field: pedagogy. It feels significant to articulate that a significant aspect of Jones’s practice is in teaching students solo performance and drama. In this time of intense change in our industry, it feels especially momentous to celebrate an artist with such a holistic and hybridinal approach to the work of ‘playwriting.’”

Nominations for this award are solicited from Professional Members of PEN America, as well as any playwright, writer, or member of the theater community. Each year’s judging panel takes these nominations into consideration, and all nominations may be supplemented by nominations from the judges themselves.