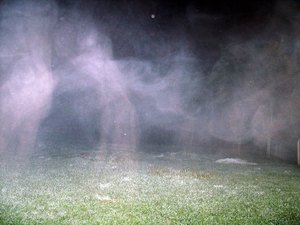 For our second-annual Banned Books Month, PEN America once again reached out to PEN members, supporters, and staff—writers and editors of all backgrounds and genres—who sent us their reflections on the banned books that matter most to them. Today’s piece comes from Domenica Ruta, author of  With or Without You. To find out more about how you can get involved with Banned Books Month, click here.

Mark Twain’s The Adventures of Huckleberry Finn was banned for the first time just one month after its publication. “Not suitable for trash” was the opinion of the Concord, Massachussetts, librarians who banned it in 1885. Nearly 130 years since then, this novel has been challenged, defended, banned, expurgated and bowdlerized numerous times by parents, educators, publishers and librarians. It is currently ranked number 14 on the top 100 Banned/Challenged books in America.

It’s a luxury in our country that banning books is by and large an academic argument. We can track down anything we want via the internet, purchase or illegally download it, regardless of obscurity or venality, and with the exception of child pornography or Laura Poitras’ emails, possessing controversial literature carries no real criminal threats, as it does in countries like China. So when we have a discussion of “banned” books in this country, what we are really talking about is our children, and our desire to shield them from something in their school curriculum.

So what are we protecting young people from by banning Huck Finn? Casual use of the N-word, unapologetic portrayals of racism and racists, and grotesque stereotyping, essentially, all the ugly reminders of a past we still find too uncomfortable to talk about in mixed company. Huck Finn is chock full of these things, and it’s painful to read at times. Anyone would feel outrage, but forestalling academic engagement at this juncture—the point of outrage—is a mistake.

While Huck Finn is a novel of artistic merit first, it is also a primary source text in antebellum American history, one that enjoins students in a crucial intellectual exercise – can you, the reader, inhabit the mind of a person from another place and time? Can step outside yourself and try to understand what the world looked and felt like then, in spite of how offensive it is now?

Hatred is a virus that lives in the mind. If mere censorship were enough to combat it, we could have ended racism long ago. Banning and censorship are forms of repression that only succeed in shoving racism deeper into the shadows of our nation’s collective psyche, where our ugliest impulses get even more savage. The best defense against hateful ignorance is open, honest discussion, and early intervention—high schools, maybe even junior high schools—is key. It is one thing for students to memorize the Emancipation Proclamation for a social studies quiz; it’s another, much richer, more complicated assignment for them dive head first into the sick and strange psychology of racism made commonplace under the institution of slavery.

Diving beneath the political satire of Huck Finn we find ourselves in the realm of American myth, a rare gem in our nation’s canon. (England has Arthurian legends. We have Huck.) At its heart Huck Finn is an initiation tale about a young boy crossing the threshold into adulthood. Huck and Jim live in a primitive world governed by superstitions and ghosts. Neither belongs fully to the world of civilized folks, a land fraught with bitter ironies and inscrutable contradictions, populated by hypocrites and cons, where even the kindest, most generous characters buy and sell human beings without contrition. The morality of the adult world doesn’t make sense to Huck, and it doesn’t apply to Jim, so the two of them are forced, as all outsiders are, to make up their own rules as they go along.

There are trials and obstacles, some of them funny, some harrowing, but none more important than the moral dilemma Huck faces about Jim’s status as a slave. At several points in the book, Huck is baffled by Jim’s levelheadedness, and doubts the adult man’s insights simply because of race. It is a revelation to Huck, a narrative turning point, when he realizes Jim has feelings. We can’t read such passages without cringing, but we must remember we are dealing with a child struggling to become an adult, and no one arrives at a sound moral code without making a few (or several) seriously ugly mistakes first. Huck has been taught that is an unforgivable sin to help free a slave. Then, after more than 250 pages of stumbling observation and internal debate, Huck decides that Jim’s freedom is more important than his own ever-lasting soul, and becomes willing to risk his own life for his friend.

It would be sweet if the book ended there, but in the last third of the novel, Tom Sawyer returns, and Jim regresses back into a plaything for the boy’s overactive (and wildly inconsiderate) imagination. Here we are confronted with flawed heroes, problematic resolutions, and the frustrating limitations of progress in real time. (On the final exam, this will come up as an example of allegory.) Denying our children an opportunity to discuss these transformations and reversals is insulting to their intelligence. It is insulting to their teachers, who strive to do more than tally up standardized test scores, who instill in students the critical thinking skills they need to navigate the larger world.

While outright banning is puritanical and dangerous, I hope books like Huck Finn will always be challenged. It shows that our culture is still engaging in meaningful debate, and that the next generation will continue to question the beliefs they’ve inherited. If there’s anyone in American lit tough enough to handle the melee, it’s Huck.

Police raids on movie screenings — unimaginable in Hong Kong a few years ago — are the latest reality in Beijing’s relentless suppression of the territory’s civil liberties. https://lat.ms/3lCFwwW

PEN America is in solidarity with the imprisoned human rights defenders of Viasna. Learn more about how you can spread the word and take action to demand their immediate release here: https://bit.ly/2VRthnC. #FreeViasna