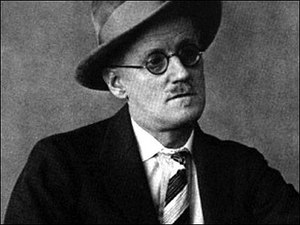 Until I graduated from college—and had to find a job, get my heart broken, bear the burden of being a twenty-something during recession, watch friends go to rehab, watch my bank account dwindle to the negatives, and maneuver the ordeal of grocery shopping in New York City—reading Ulysses was the most difficult thing I’d ever done.

College is sort of a blur. I will harbor the lifelong regret of having not taken full advantage of the academic opportunities afforded to me in college. Instead, I spent that time learning what kind of men I never wanted to be involved with, ingratiating myself into the theater circle, memorizing monologues from plays like The Hot l Baltimore and Speed the Plow, drinking, journaling, and crying. I can’t say I really sunk my teeth into any of my studies, wrote a paper I’m especially proud of, or felt invigorated by any particular lecture. But I read Ulysses.

In a class on the modernist novel, I read Ulysses. I had a tremendous amount of guilt about my academic fall from grace. In high school I’d been a straight-A student and classic overachiever. If I wasn’t a good student then who was I? So when I read Ulysses and not only engaged with it, but loved it, I gained a renewed confidence in my scholastic aptitude.

Censored for obscenity, Ulysses is a massive tome that chronicles an ordinary day in the life of Leopold Bloom. Reading the book, the amount of focus and effort it takes, becomes a physical act. My favorite part is the end, Molly Bloom’s soliloquy. Molly is flesh, she is body, and she is not trapped, floating above life in the intellectual atmosphere, as many of the men in Ulysses are. I think I identified with Molly. She may not have been a great intellect, but she was really living. And she was real.