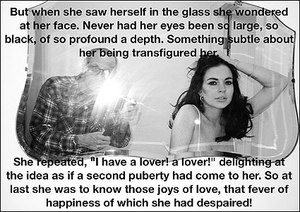 “Art without rules is not art. It is like a woman who discards all clothing.”

On January 30, 1857, Gustave Flaubert’s Madame Bovary goes on trial, after appearing as a successful serial in the Revue de Paris. The prosecutor, one M. Ernest Pinard, representing the interests of the public censor, makes plain that the manager and printer of the Revue aren’t truly to blame for this indecent book: “the principal culprit” is Flaubert himself. Flaubert’s painstakingly chosen mots justes are an outrage aux bonnes moeurs, and it is precisely this contrast between the “true/just/right” and the “good” that is on trial: aesthetic clash manifest.

The speeches of prosecutor and defense are a fun read, but certain things jump out at one from among the rhetoric and objections to Flaubert’s style, and clarify what the fuss is actually about. It is fuss that is still about. The problem of Emma is the problem of desire.

“Is it natural for a little girl to invent small sins?”

“She is always the same passionate woman, seeking illusions and seeking them even among the most august and holy things.”

And finally, above all, and after a lengthy enumeration of Emma’s voluptuous and spendthrift transgressions:

“This is the conclusion of the book…by a man who has sought in this book for a person who could rule this woman. There is none there. The only person who ruled was Madame Bovary.”

The problem of Emma is the problem of desire. Her only métier is desire, and its top percent, love. Emma lusts for gratification through commodity and body and makes her body the commodity of gratification. And in her self-chosen death, is Emma Bovary not simply a Medusa felled by her own image? She is entirely of desire; and not for the sake of herself, whom she sacrifices, but for the void of desire only. This is not a thing Pinard was prepared to let pass without judgment. It’s not a tendency in Kristen Stewart, Kim Kardashian, Lindsay Lohan, Whitney Houston, Paz de la Huerta, Courtney Love, Britney Spears, or Cat Marnell that will be allowed by the public censor to pass without judgment. When women, the stuff of art, take their materiality into the freefall zone of de trop, either through imagination or its spectacular fail, Pinard will be there to seek for a person to rule them.

Flaubert didn’t judge Emma; after a day of trial he is acquitted. After a century and a half, Emma is not.

Journalist Khadija Ismayilova found phone numbers of people in her professional and personal life were leaked after she had been targeted by Pegasus spyware. She is among hundreds of reporters, activists & dissidents identified on the leaked list. https://bit.ly/2V05EZk

TODAY: At 1PM ET, @GlobalCyberAlln will walk you through a scenario-based training on how its Cybersecurity Toolkit can help protect journalists, their work, and their sources. Co-hosted with @PENAmerica & @FreedomofPress. Register here: https://bit.ly/3xrwF5L.

Iran was the world's fourth highest jailer of writers and intellectuals in 2020, according to PEN America's #FreedomToWrite Index. Read more on Iran's suppression of freedom of expression in our index here: https://bit.ly/3riuuQd.