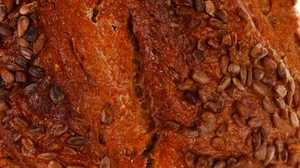 For our second-annual Banned Books Month, PEN America once again reached out to PEN members, supporters, and staff—writers and editors of all backgrounds and genres—who sent us their reflections on the banned books that matter most to them. Today’s piece comes from Matt Bell, author of In the House Upon the Dirt Between the Lake and the Woods. To find out more about how you can get involved with Banned Books Month, click here.

As soon as the funeral was over, and before the mourners had hardly left, the uninvited surged into the churchyard to watch the gravedigger fill the grave with the clods of clay so recently removed and to examine the dying wreaths. They were accompanied by many dogs.

—from Who Was Changed and Who Was Dead

The reasons for the 1954 Irish ban of Who Was Changed and Who Was Dead, Barbara Comyns’s third novel, aren’t particularly clear. One online source claims the book was “held to wallow in repulsiveness,” and an inquiry by several people at PEN America didn’t turn up further clues—but it did result in a Irish native offering that “the homeland has a history of banning so many books that it’s hard to take a pulse.” The best answer I have so far comes from Brian Evenson’s introduction to the new edition of the book published by Dorothy, a publishing project, where Evenson suggests that “The Irish Censorship of Publications Board apparently saw only one part of her vision—disgust, death, and decay—and not its broader sweep,” what Evenson calls “a paradoxical sense of a world that might want to embrace you lovingly—unless instead it wants to smother you.”

There’s no doubt that Who Was Changed and Who Was Dead contains some strong and disturbing imagery, including, right from the start, drowned and/or suicidal animals. As the novel’s spectacular opening begins, a house floods, peacocks and sheep drown in the yard, depressed and hungry hens commit suicide. Much later a dog dies in terrible convulsions, but by then the animals’ ends are an afterthought to the rising human death toll and the panic spreading through the book’s community, caused primarily by a bout of ergot poisoning accidentally spread by an ambitious baker’s gift to the town of “sinister” dark rye loaves of bread.

While there are elements to be repulsed by in the book, I still imagine that it isn’t the imagery itself that offended the sensibilities of the censors, but rather the way in which the narrator and the author reserve judgment. Events are rendered in gorgeous but never hysterical prose, a dead dog or peacock or hen receiving more or less the same treatment from the author as a dead person, which is to say hardly any treatment at all. Events and images are presented without affect, and it is only Comyns’s characters who delight in gossip and graphic details, who editorialize, moralize, and sensationalize. If there is anywhere you might detect a hint of the author’s worldview it is here: The events of the book are not, in and of themselves, tinged with good or evil, grace or judgment, but the reactions of the characters to tragedy—especially the two adults of the Willoweed family, the grandmother and Ebin, her son—often seem clearly self-interested, and frequently exhibit a sadly pedestrian sort of cruelty in regards to the suffering of others.

But even this reading is projection on my part, because always Comyns holds back from direct commentary. You would be hard-pressed to find a single sentence of authorial soapboxing in Who Was Changed and Who Was Dead, and that quality creates its most singular effect, the moral implication of the reader in the events of the book.

I believe that one of the surest ways to enrage those inclined to censorship is to present a fictional world that requires the reader to provide the fictional world’s moral sense. The very act of censorship requires a person to believe that there is one true morality meant to be depicted in art, and that anything that violates that morality must be suppressed. Depending on location and era, this might be work categorized as pornographic or extremely violent or heretical or politically dangerous. But the censors, judges themselves, have always been just as afraid—if not more so—of work that does not judge, of writers who leave the moralizing to their readers.

In Who Was Changed and Who Was Dead, Comyns is just such a writer. She presents beauty and death with little noticeable distinction between the two, and allows no individual character total heroism or villainy. The result is that any moral reaction to the events and images of the novel must happen inside the reader: How we experience the events of the book depends on what we bring to it, and what we take away depends on how we are changed by the experience. (Notice that great title again, and the way its two categories can speak of both the reader and the characters, how it suggests that to change is to be alive.) Comyns and other writers like her present fictional worlds through which we might better understand our own, not by spoonfeeding us morality but by creating complex systems of human action and natural events through which we have to feel our own way.

I can hardly think of anything our culture needs more than books this one, books that allow us to flex our own moral muscles, to build for ourselves a counterpoint to what the worst of our pundits and politicians and corporations would have us simply accept, the status quo rather than any advance in the humanist goals of equality and justice and compassion that might undermine existing systems of control. The reason the censors might once have been afraid of this book is the reason we should rejoice in its publication: In Comyns’s lack of moralizing is freedom for the reader, and from that freedom comes change, including an increase in moral complexity, intellectual range, and truest empathy.