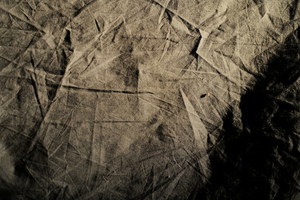 The following piece appeared in Passages: Africa, the first issue of PEN America’s translation journal, Glossolalia. Glossolalia advocates for writers with limited access to the global reading community. By publishing works from lesser-translated languages, Glossolalia connects storytellers to audiences eager for a vivid, mind-expanding look at experiences unlike their own.

“Normal” also appeared in the Guernica/PEN Flash series. Subscribe to the series and get new flash delivered to your inbox twice a month—no spam or news, just stories.

You are a lesbian contemplating life and future. He is purely hetero and thinks that lesbians are deviants. It is a shock to you the first time you have sex. Or perhaps you should say, the first time he fucks you, because that’s what he does; with you bent over trying to disappear as he plunges into you, each thrust tearing into your identity that used to be certain. You know you should call it rape, but in some part of your head you enjoy it.

And that’s what fucks you up. You enjoy it when he touches you; your breasts want his touch, your pussy moistens when he lies on your body; you spread your legs, you bend over, you kneel when he asks you to.  And you enjoy it.

You never call the shots. You are not sure what the shots are. Head till morning? Reverse cowgirl? You didn’t know these things before you discovered women.

You know his views about lesbians: they exist only to be watched…or fucked as a threesome. You have a couple. He watches as your fingers and mouth work the girl writhing under you. You smile at him. You cannot help the thought that this is all for him. He is sure that every lesbian just needs a dick, and when you dispute it, he points at you lying naked on the bed and says, But you’re a lesbian, aren’t you? He postulates about emotional trauma, mind orientation, religion, and unnaturalness…you try to change his mind, but he starts to change yours. You become the person in his head.

It’s not all bad; you like him. In some part of your heart you love him. You know though that this is not the love that seizes your heart and sets it beating to a mad crazy tune. You are used to him; you understand him. You are grateful that he allows you to be bisexual. You start to think of life with a man. You lie on his chest and as you both doze off you decide that you can give up women.

The next time you are with a girl, it feels like the house you grew up in except all the doors have moved. You know what’s inside but you have no clue how to get there. She smiles at you, you smile at her and you feel like a failure.

You start to push back against the woman he has in his head. You justify yourself—you talk to him about craving a wife. He asks you if this means you now want to be a man. You stop arguing. He tries to touch you and you fight him; it excites him so you stop. He takes you. You disappear as he pounds away. You feel him falter and then stop. You pick up your clothes and put them back on and try not to hate him or yourself.

One day he talks to you about the ones who tried to break you. He says, It was about control. You look at him, and the irony is a tart, bittersweet taste in your mouth. You realize this: he owns you until he decides that he no longer wants you. This is not about sexuality; this is about possession. You stop.

The next time he tells you all the different ways he is going to fuck you, you smile. You look for the excitement but it doesn’t come. His mouth on your breasts does nothing. He fucks you with his fingers, trying to transfer the frenzy in his blood. You tell him that you are not wet; he says, You would be shocked at how wet you are. You don’t explain that wet in your pussy is not the same as wet in your head.