My Life, I Lapped it Up: On Translating the Poetry of Edoardo Sanguineti 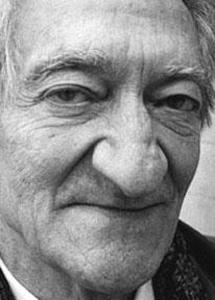 Will Schutt is the recipient of a 2015 PEN/Heim Translation Fund Grant for his translation of The Selected Poems of Edoardo Sanguineti, one of Italy’s most important post-war poets. Read an excerpt of the translation here. 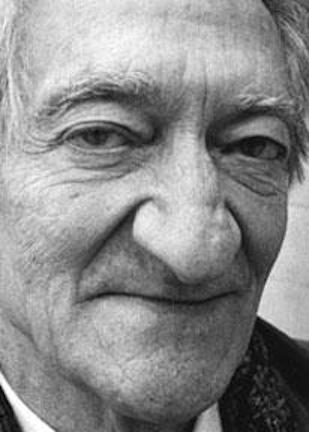 “The banal, usually, is the hard part,” writes Edoardo Sanguineti, with ironic despair typical of the Italian poet at midcareer. The banal—like the ennui of his beloved Baudelaire—was a hallmark of his work in the 1970s and ‘80s, when Sanguineti made an art of mediocre experiences, great poems out of the not-so-great lives his generation led. The pulse of the poetry to emerge in 1972’s Reisebilder (German for ‘travel pictures’), and which he would continue to explore for the next decade or so, is conversational and quotidian (“fresh daily,” as he once put it). Less mannered than his intensely experimental, broadly allusive early work, the poems in Reisebilder read like entries in a travel diary.

‘Travel’ is right but ‘pictures’ is misleading. Sanguineti’s poems are not built on poetic images as we tend to think of them—those labored things-unto-themselves that detain time. He is a poet of the jump-cut, of the mind-in-motion. Like the Moderns before him, Sanguineti severs ties with the past to keep pace with the present, even to anticipate the future.

Elsewhere I have called Sanguineti a poet of speed; certainly his disregard for ceremony lends his poems pep. Untitled, lowercased, long-lined, the poems in Reisebilder (and subsequent collections like Postkarten and Stracciafoglio) resemble pages in a flipbook, detailing brief encounters in restaurants, museums and hotel rooms with people often referred to by first name only. Bereft of context, such intimate acquaintances become, paradoxically, more anonymous, like names tacked to message boards.

Anonymity, too, typifies the poems’ settings. Sometimes, translating them, I found myself thinking of Auden’s fear of dying in a hotel to the consternation of the personnel. Sanguineti writes: “the one thing I agree on with Camus is his encomium of the chambre d’hôtel as being the best place to work, to carve out a life.” Hotels, convention centers, airports: they are the common rooms of modern alienation. Hatching poems in such places may sound old hat nowadays, but bear in mind that the reaction to modernity by other major Italian poets at the time, including Montale and Andrea Zanzotto, was often to regard with nostalgia a lost agrarian world. Sanguineti accepted the loss and moved on.

Apart from his late foray into traditional forms, Sanguineti’s poetry possesses a surface that is immediately recognizable with his sui generis style of punctuation, his onslaught of colons and parentheses (“microtumors,” he called them). About his style, Sanguineti remarked: “It has an unfinished flavor.” That sense of incompletion extends to individual collections, which Sanguineti republished in carefully assembled selected editions throughout his fifty-five year career.

Sanguineti thought of himself as an allegorical realist, not a mimetic one. And if all Italian poets are catalogued under literary movements, then Sanguineti can be filed under the Neoavanguardia, the new vanguard of the 1960s, which, to gloss the group’s credo, championed fragmentation, parody and erupted syntax while condemning capitalist values and literary conventions. Sanguineti is entirely responsible for the association: he spent a lifetime writing for their journals, editing their anthologies, attending their conferences, defining their ideology.

Sanguineti was a committed Marxist. He even held political office. From 1976-81 he served as a city councilor in Genoa, from 1979-83 as an independent member of Italian Parliament, and in 2007 he made a bid to become mayor of Genoa, unsuccessfully. His provocative political stances landed him in trouble from time to time, as when he compared the victims of the Tiananmen Square massacre to kids “seduced by western mythologies. . . .All they wanted,” he said, “was Coca-Cola.”

By all accounts a provocateur in person, Sanguineti makes the same impression on the page. His poems are puckish, self-deprecating and satirical. Yet I find in his best work a depth of feeling that, while acknowledging the absurdity of the poetic ego, tempers his cynicism:

TOPIC:
you have become a grandfather: briefly explain your impressions, your
feelings, etc.:
ANSWER:
when I first saw her, the afternoon of the 9th,
she was sound asleep on her stomach: (the usual arms half stretched out, her hands
making half fists): but when she woke up again, silently, after a while (she’s taciturn
by nature, I think), she looked me over with great concern (almost scared,
poor thing), knitting her colorless hint of a brow:
(but then,
in an instant, I calmed her down with the practiced effects (and affections) of my voice,
tested on her father what now seems a century ago):
so sometimes, later on,
I can say that’s how I made my presence felt, on the first take, with my serene,
unscathed eyes, to the offspring of my same eyes, pierced with delicate patience,
in a hereditary heterosexual micro-face, excessive eyes: (that hold fast):

In a short questionnaire included as an appendix to his last selected poems, Mikrokosmos, Sanguineti admitted his favorite food was raw herring, his favorite childhood toy the rocking horse, his favorite poets Lucretius, Dante and Baudelaire. The thing he held most dear was his wife Luciana (they married in 1954 and had four children). His greatest defect was obstinacy, “sempre.” When asked what he would like to be, he responded that in the past he had wanted to be a dancer. When asked how he’d like to die, he responded, “Lucid.” The enfant terrible of postwar Italian poetry lived to be 79.

Will Schutt is the author of Westerly, winner of the 2012 Yale Series of Younger Poets Prize. His translations of Italian poetry and short fiction have previously appeared in A Public Space, Agni, Circumference, FIELD and Poetry Northwest. He currently lives in Baltimore, Maryland.

Edoardo Sanguineti (1930-2010) is widely considered one of the most important Italian poets of the postwar period. His critical and creative output is closely linked to the New Vanguard movement of the 1960s. His books of poetry include Segnalibro. Poesie 1951-1981, Il Gatto Lupesco. Poesie 1982-2001, and Mikrokosmos. Poesie 1951-2004. He is also the author of several plays, novels, librettos, and books of criticism.

Charges Must Be Dropped Against Russian Artist And Activist

I love the work we’ve done with @PENAmerica for the #PENOutLoud series. Kickoff is on January 29th with the incredible Saidiya Hartman and Leslie Jamison. https://www.strandbooks.com/strand-pen-america/

Words scare the powerful. Because words reveal truth. They force accountability. This kind of retaliation in Belarus is why we fight for the freedom to write @PENamerica. https://twitter.com/PENamerica/status/1218160103330848768