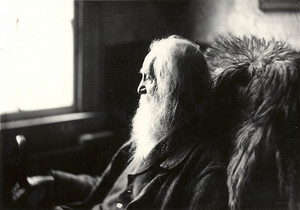 Walt Whitman’s “Leaves of Grass” was banned in Boston in 1881 for its supposed vulgarity. Because the poem acknowledged the existence of sex and homosexuality, it was labeled obscene and cost Whitman his job as a clerk. In celebration of Banned Books Week 2013, PEN America featured Deborah Landau reading Whitman’s poems “Leaves of Grass” and “Respondez!” at the Paradise Banned: Poetry Readings from Banned Books event, co-hosted by PEN American on September 30, 2013.