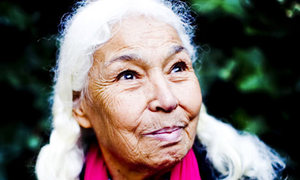 For more than 50 years, Dr. Saadawi has written books that focus on identity, sexuality and the legal status of women—particularly Arab women—and has continued her work despite the fact that these activities cost her her position as Egypts Director of Public Health and led to imprisonment, threats to her life, and, ultimately, exile. One of the leading literary, cultural, and political voices of our times, Saadawi once noted, Danger has been a part of my life ever since I picked up a pen and wrote. Nothing is more perilous than truth in a world that lies.