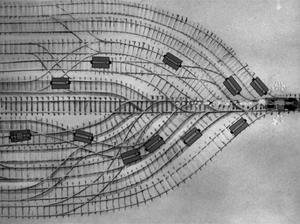 This week in the PEN Poetry Series, PEN America features a poem by Mara Lee, translated from the Swedish by Elizabeth Clark Wessel.

The third of December nineteen sixty-seven a white man receives a black heart
from the surgeon Christiaan Barnard. The operation is performed at the
Groote Schuur Hospital in Cape Town.
The South African climate is subtropical.
My heart weeps.
The images are so beautiful, of Christiaan Barnard.

It rained that day.
Cape Town was black and glistening.
The metaphor has a vehicle and a tenor but somebody always has to die.
It rained and rained during the transplant.

Christiaan Barnard was against apartheid.
He gave the white man a black heart.
During the transplant it rained in Cape Town.
The year is nineteen sixty-seven and my heart has not yet begun to beat.

The third of December in the year two thousand a Swedish author is talking about
a black heart in a white man’s body.
This is December in Sigtuna. I’m listening. I am 26 years old and I
haven’t yet begun to use metaphors.
The Swedish writer ascribes a strong symbolic value to
Christiaan Barnard’s operation.
He says the image of a black heart in a white body is a successful one. Just like the image of the young woman whose body revealed at autopsy x number of nails, pins, and an infinite number of bottle caps, razorblades and other sharp objects. Like the image of the elephant seal – I forgot his name – whose body amongst other things contained car keys, a doll, a water pistol, a tableknife and a plastic box of sewing material.
The Swedish writer said these images were all examples of what good literature should look like.
When opened, they reveal the unexpected. Things are not always what they seem to be, the Swedish writer said.

In my room, later that same night, I count the number of dead bodies that the Swedish writer used to describe what good literature is.
The black body, the female body, the animal body.

Today it is the twenty-eighth of September two thousand and four and
Christiaan Barnard has died as well.