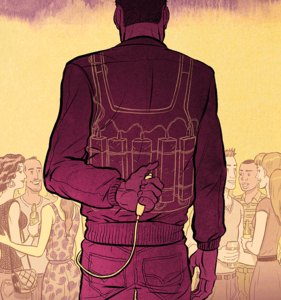 This week, we feature an excerpt from the graphic novel Mike’s Place: A True Story of Love, Blues, and Terror in Tel Aviv. Written by filmmakers Jack Baxter and Joshua Faudem and illustrated by cartoonist Koren Shadmi, Mike’s Place depicts the true story of the fateful 2003 Tel Aviv bombing. That year, Baxter went to Israel to film a documentary about a local blues bar on the Tel Aviv beachfront, Mike’s Place, where everyone in the city, regardless of politics and religion, came together. While he was there filming, the bar was blown up in a terrorist attack. 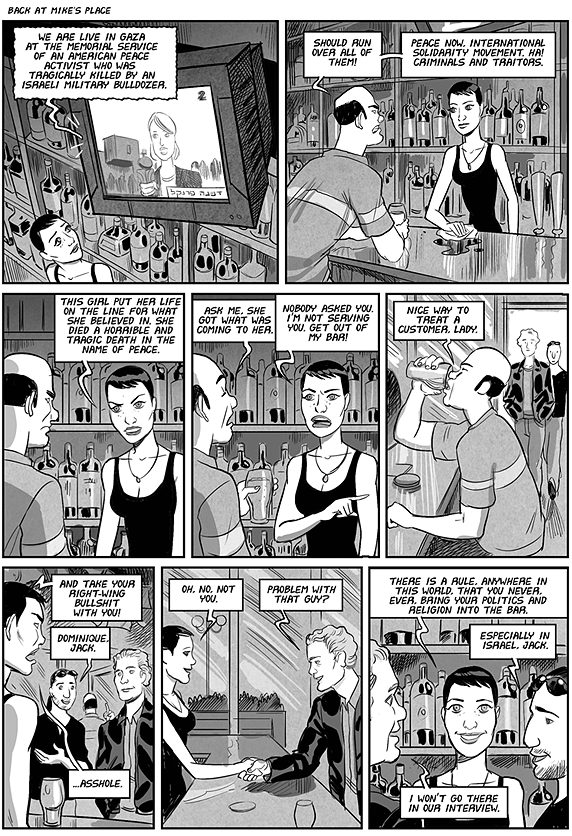 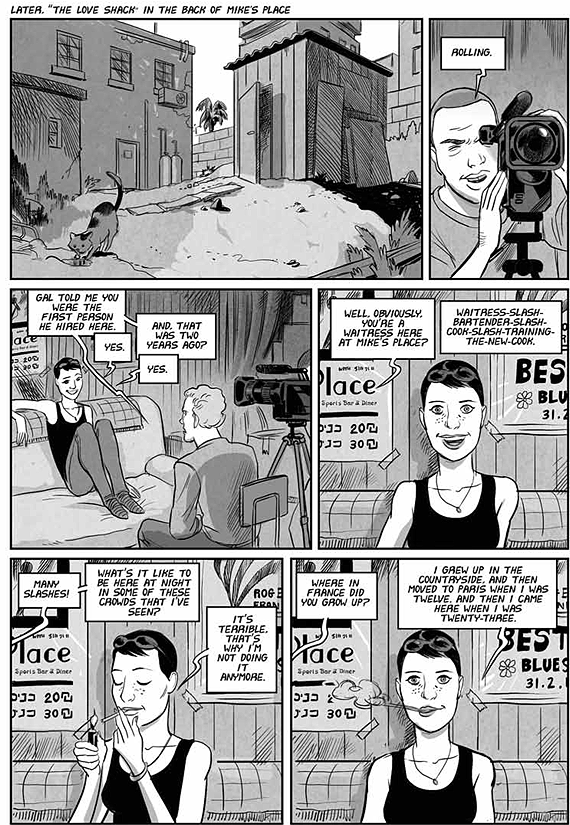 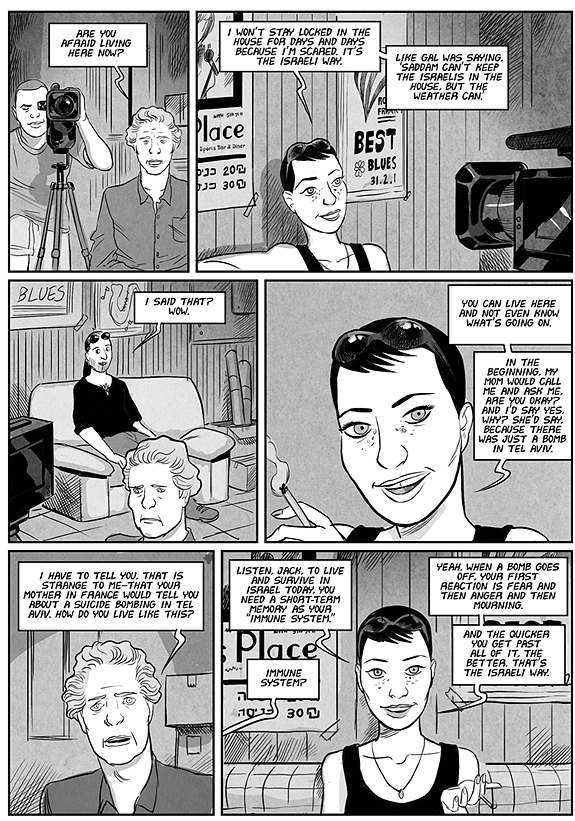 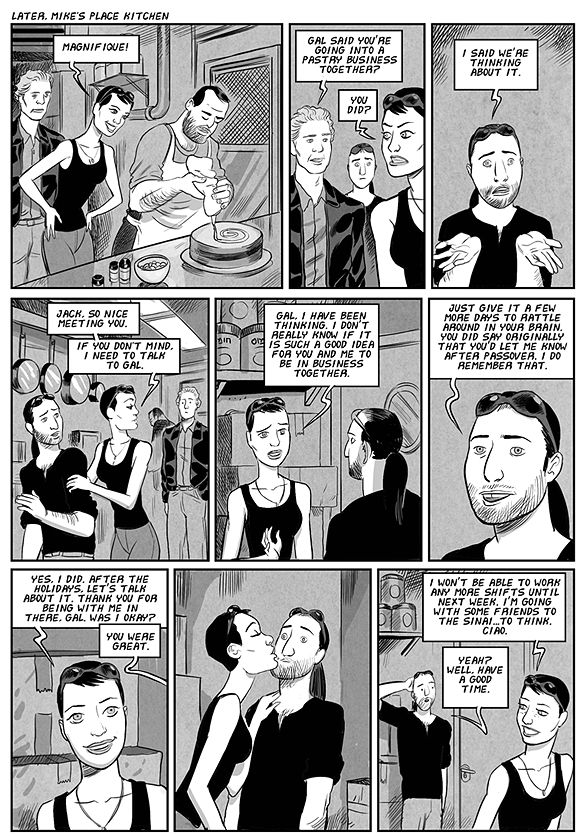 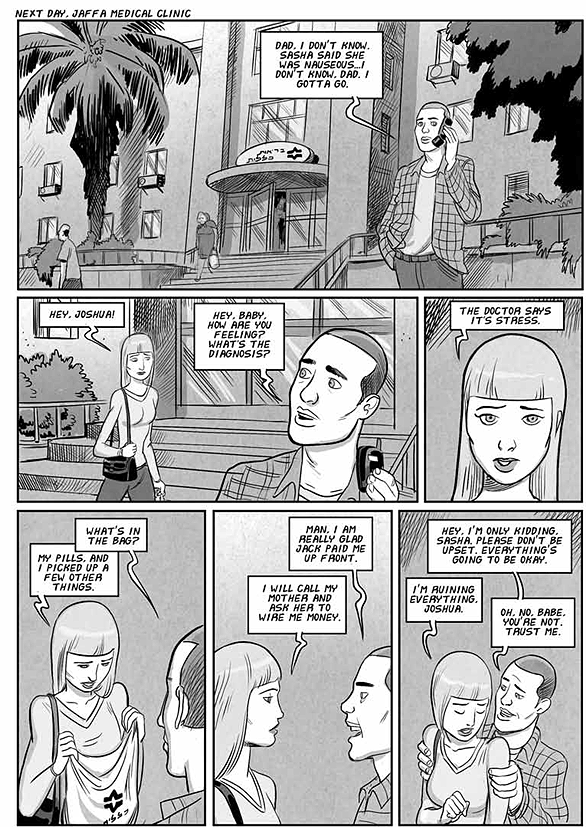 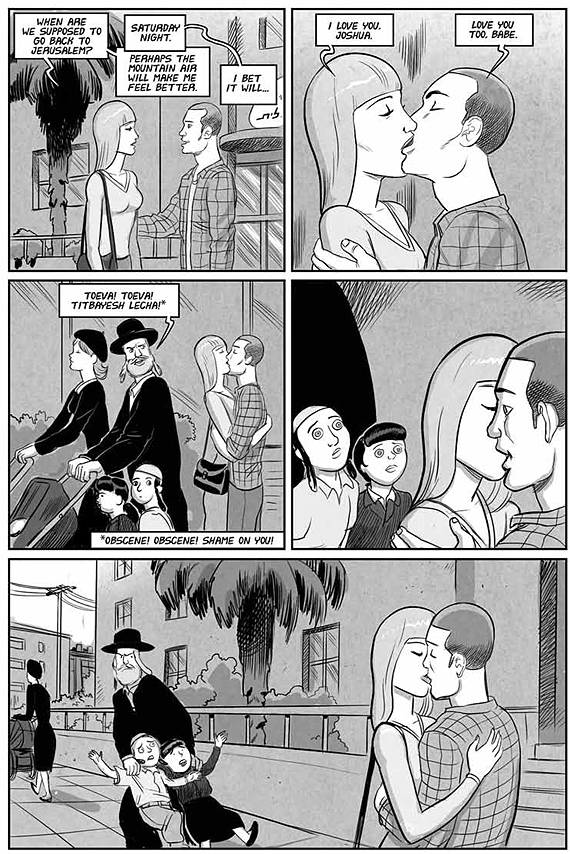 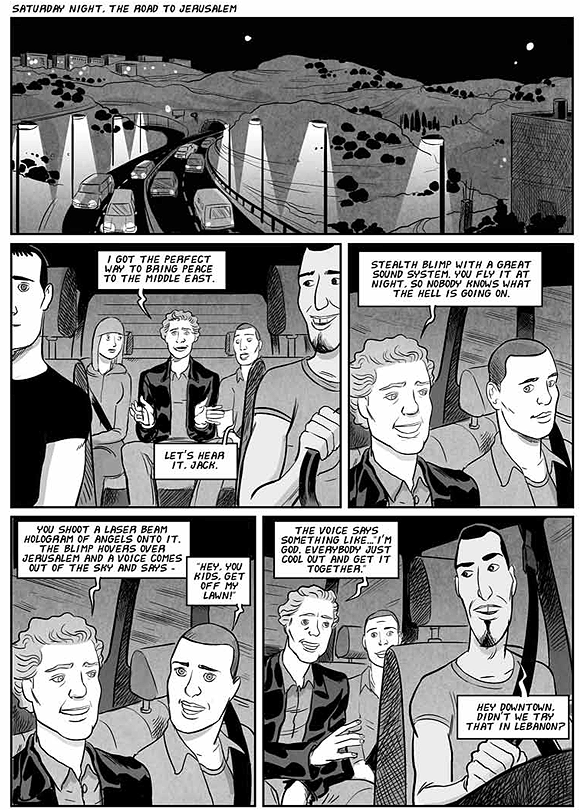 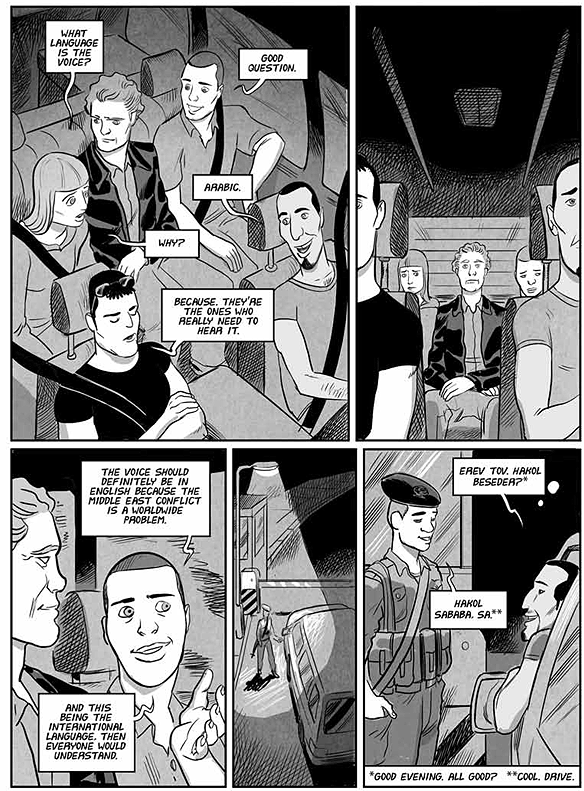 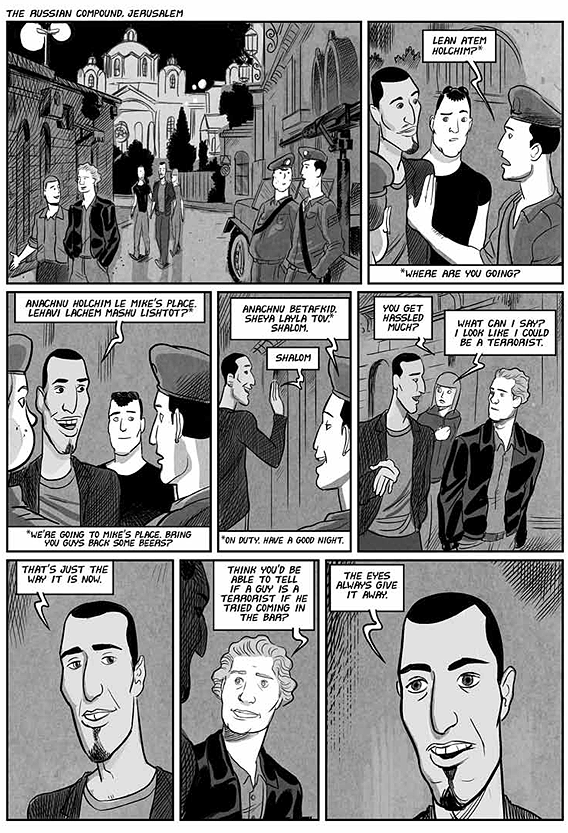 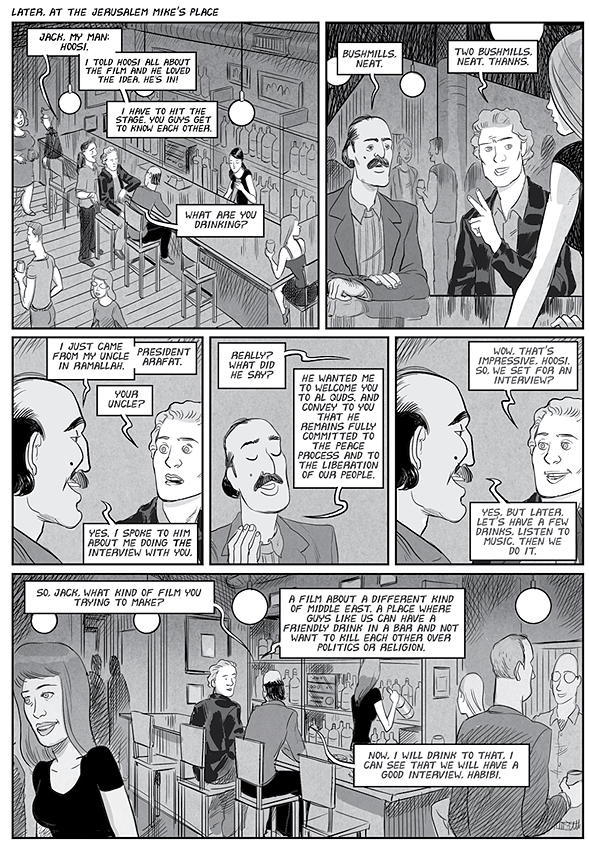 Mike’s Place will be published by First Second on June 9 and can be purchased from the publisher here.